By Therealthing (self media writer) | 7 months ago

Recently, there has been an ongoing online war between Nigerian Singer, Tuface aka 2baba and fellow musician Brymo, after the latter called out the former on his social media handle for accusing him of sleeping with his wife, Annie Idibia. 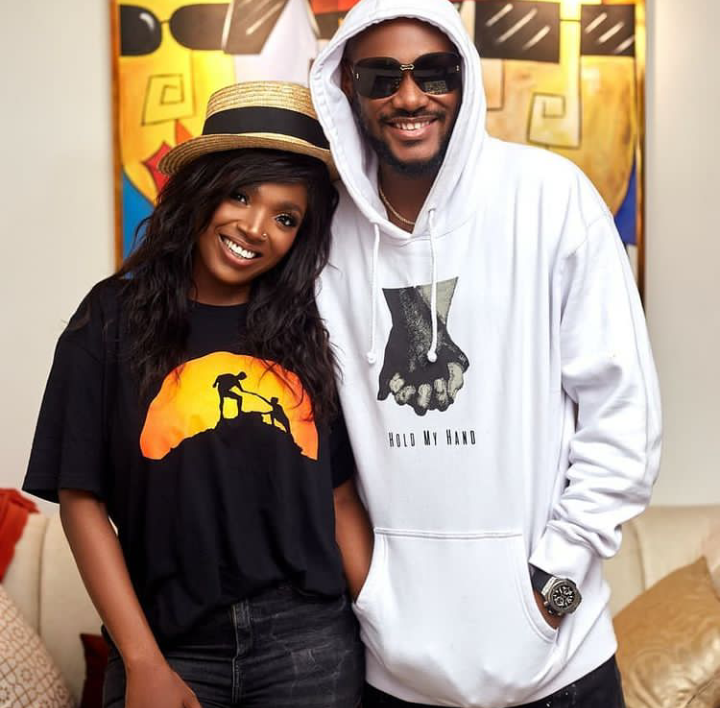 In a new post by Daily Post, the management of Tuface, Now Muzik, has responded to the allegations made on social media by Brymo in a new statement.

As gathered in the post, through his management, Tuface had initially threatened to file a 1 billion defamation lawsuit against Brymo if he didn't apologize for the allegations he aimed at him on social media.

After he was given 48 hours to apologize for the allegations, Brymo had responded by asking his colleague to go to court, saying he will stand by his allegations. 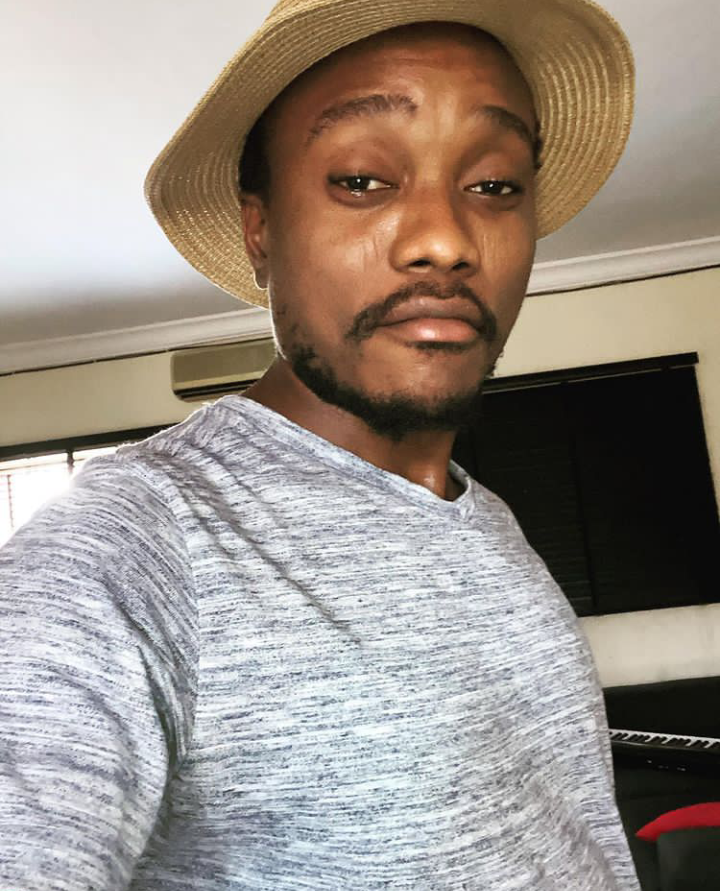 This has however, made Tuface's management to react to the issue as they released a new statement titled 'Brymo: The Law Will Take Its Course'

The management said in the statement, "Brymo will have an opportunity to substantiate his claims with proof in court."

They also went on to make it known that Tuface "will not dissipate energy exchanging Brymo in media exchanges." 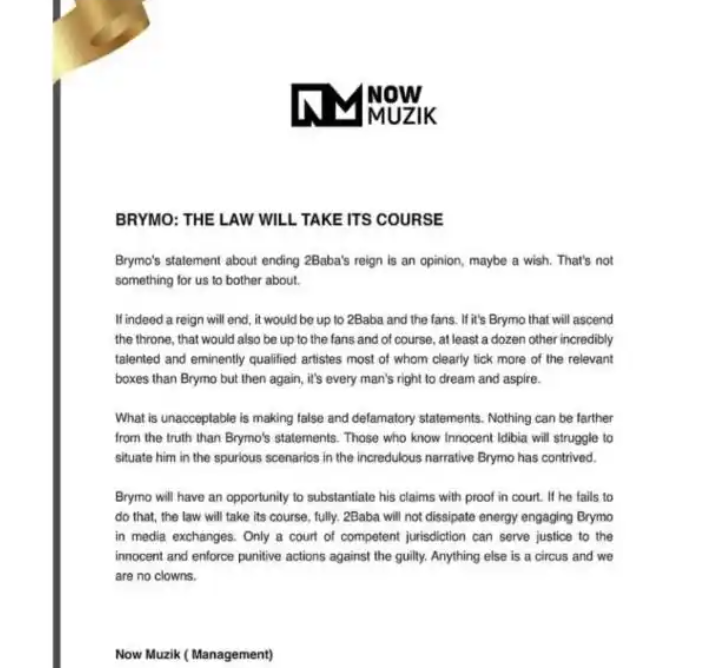 A screenshot of the newly released statement