By Kelfree (self media writer) | 4 months ago 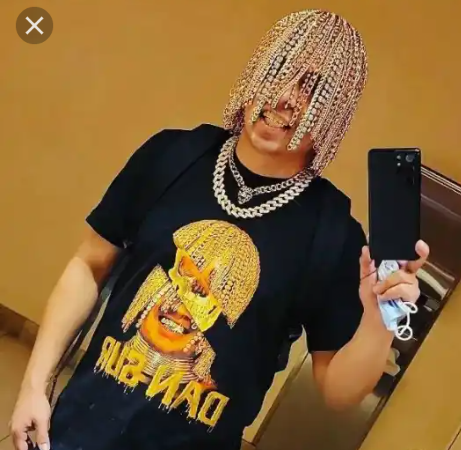 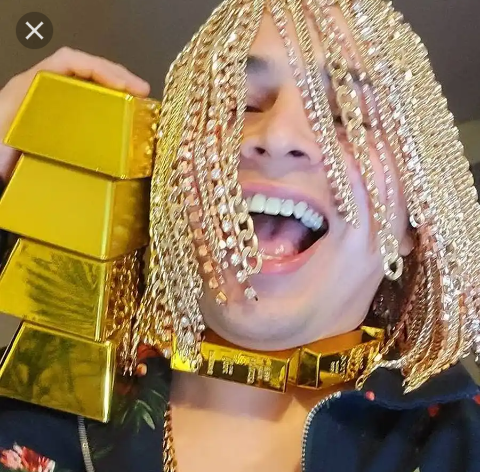 Rapper Dan Sur, 23, says he’s the first rapper in human history to have an assortment of gold chains as hair.

He said he had his gold and silver chains embedded into his head.

speaking in an interview , the rapper said;

“The truth is that I wanted to do something different because I see that everyone dyes their hair. I hope not everyone copies me now,” he said in one of his TikTok videos.

“I have it as a hook that is implanted in my head and that hook has hooks and they are all hooked in my skull, under my skin. This is my hair. Golden hair. The first rapper to have gold hair implanted in human history,”

Some media outlets have said Sur was inspired by rapper Lil Uzi Vert, who went viral earlier this year when he touted spending $ 24 million on a “natural” pink diamond embedded in his forehead.

Of course, that didn’t turn out so well: Vert, 26, now claims a fan ripped the precious gem off his head at the Rolling Loud music festival in July, but he was able to get it back. “I feel good,” he told TMZ. “I still have the diamond, so I feel good.”

Meanwhile, a deep dive on Sur’s Instagram page uncovers the more traditional look he used to sport in 2019 before his unusual hair replacement procedure.

It comes after Lil Uzi Vert was implanted with a $ 24 million pink diamond on his head. 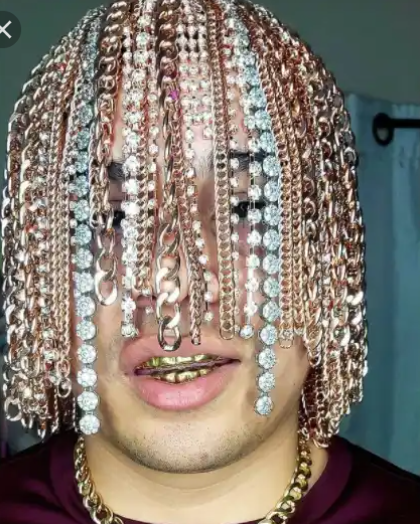 In January, Uzi revealed that she had purchased the gem from her favorite jewelry designer, Elliot Eliantte, after years of saving for the diamond.

The jeweler said the forehead piercing is “as safe as any other piercing.”

Uzi tweeted: “I’ve been paying for a natural pink Elliot diamond for years.

“This stone cost so much that I have been paying for it since 2017. It was the first time I saw a true natural pink diamond.”

“Lots of ladies in my face,” she added.

The musician also claimed that the diamond was “10 nearly 11 carats.”

However, Uzi almost parted ways with her diamond, as he claimed that his $ 24 million (£ 17 million) diamond facial implant was ripped off during a concert while performing at the Rolling Loud Festival.

what's your opinion on this?

Content created and supplied by: Kelfree (via Opera News )