The makers of the American movie, 'Extraction' the Russo Brothers have invited the Nigerian teenage comedy group, Ikorodu Bois to feature in their second premier of the movie and this has stired multiple reactions. 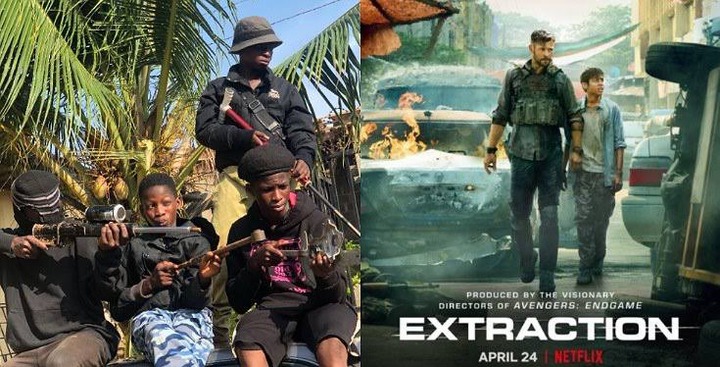 Joseph Russo and Anthony Russo who are collectively called the Russo Brothers have both formed a crucial part of the making of the movie. While Joseph wrote the movie, Anthony was a co-producer. The popular American action film stirred famous actor Chris Hemsworth as a lead role who also co-produced the film alongside Anthony Russo and Mike Larocca.

Recall, that the Ikorodu Bois had taken to their social media platform, Twitter to post the video and pleaded with their fans to help retweet it till it gets to the movie’s lead actor, Chris Hemsworth and movie streaming giant, Netflix. The Russo Brothers who made this known yesterday, gave the Ikorodu Bois the express ticket for their talented, captivating and mind blowing remake of some parts of the movie.

Just few hours after they posted the video, it went viral and gathered nearly 3 million views on Twitter. The talented teenagers, who decided to recreate the movie said they so much love the movie. The Russo Brothers saw the recreated version and replied Ikorodu Bois promising them a role in their next movie, Extraction 2.

According to the Russo Brothers, who said they would love to have the Ikorodu Bois at the Extraction 2 premier, as it was awesome, adding that they (Ikorodu Bois) should inbox them for a go-ahead.

Reacting to this, the Ikorodu Bois expressed their gratitude and said it would be a dream come true for them to attend the movie premier as it would most likely be their first time of leaving the shores of the country.

With regards to this, fans how reacted to the development as it would be awesome to have the Ikorodu Bois in the second Extraction premier. 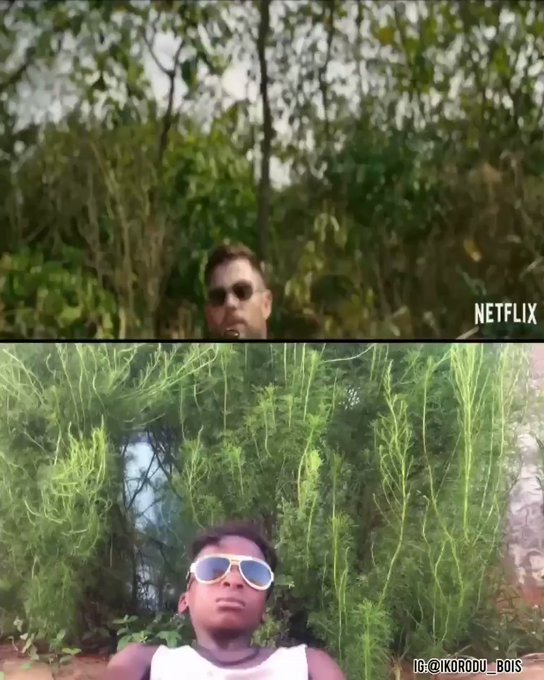 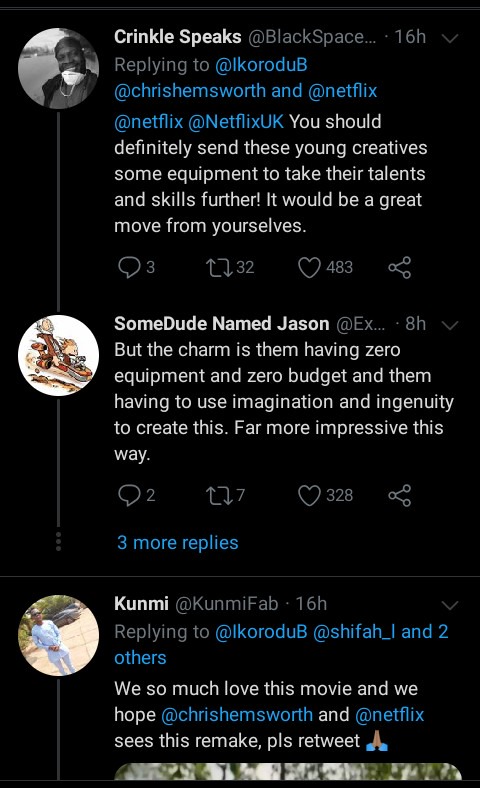