By Mastersnews (self media writer) | 2 months ago

On the 11th of November 2021, Simi called out The MOBO Awards organisers for not nominating her husband, Adekunle Gold among the Best African Act award nominees (Wizkid, Davido, Burna Boy, Ckay, Tiwa Savage, King Promise, Tems, Rema, Ayra Starr and NSG). I'll be revealing to you two reasons why Simi called out the Award organisers for not nominating Adekunle Gold. 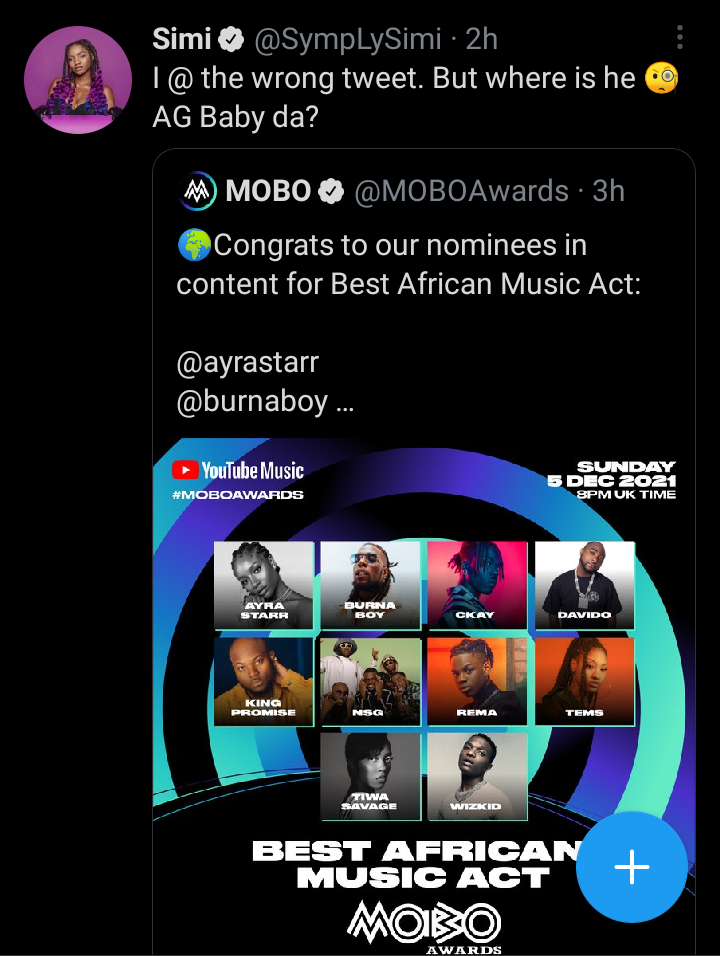 1. Adekunle Gold Released Couple Of Hit Songs Just Like The Artistes That Got Nominated: In 2020/2021, Adekunle Gold released numerous hit songs which include a 5-track hit EP "Afropop vol 1" as well as some hit singles including Sinner, high featuring Davido and few other hit singles which made waves continentally.

2. Adekunle Gold's Has Never Been Nominated For The Award After 6 Years Of Consistently Releasing Smash Hits: 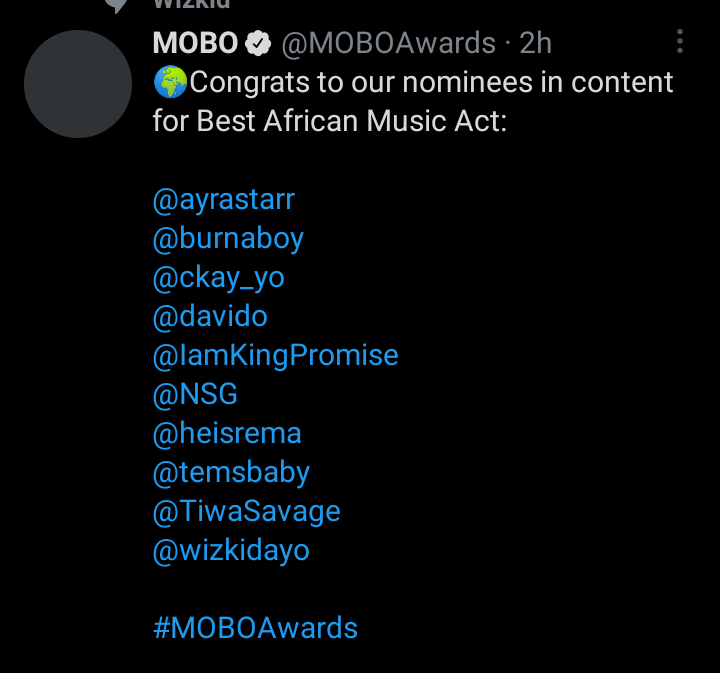 Another reason why Simi called out the award organisers was that AG Baby has never been nominated for the award despite the fact that he has been releasing hit songs back-to-back every year since 2015. So, She might probably be of the opinion that if newbies like Ckay, Ayra Starr and Tems can be nominated after an amazing year nothing should have hindered her husband from getting Nominated too.