By PoliticsUpdate (self media writer) | 2 years ago

Everyone has a right to choose which religion he wants to practice. In Nigeria we have two main religion; Christianity and Islam.

Everyday we hear the news of people changing from one religion to another and that is fine as far as the law of freedom of association is applicable.

Among those that converts or reverts as the case maybe we have some popular celebrities that either did one of that or the order for their own personal reasons.

For information sake, today we will show you some few celebrities that converted from Islam to Christianity. 2-Lizzy is from Lagos state Nigeria

4-Anjorin is a single parent.

6-Lizzy Anjorin father was a Christian while her mother a Muslim. 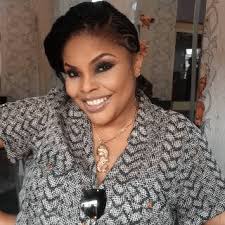 2-Lola Alao is an actress, movie producer, and humanitarian

4- Her father was an active Muslim till the day of his death. 5- She was actually born into a home which had both Christian and Muslims background before she convert. Content created and supplied by: PoliticsUpdate (via Opera News )