By OmorosiVictoria (self media writer) | 2 years ago

Queen Vashti was a Persian princess by birth, possessing along with her regal bearing, an extraordinary fragile beauty. 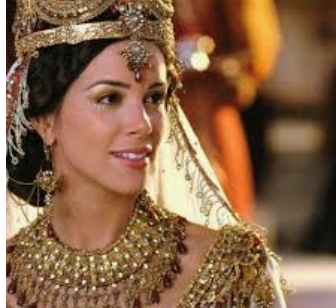 Although her husband was a king who reigned from India even unto Ethiopia, over an hundred and seven and twenty provinces, her self respect and high character meant more to her than her husband's vast realm. Rather than cater for the vanity and sensuality of drunkards, she courageously sacrificed a kingdom. Rather than lower the white banner of modesty, Queen Vashti accepted disgrace and dismissal. The only true ruler in that drunken court was the woman who refused to exhibit her self, even as the king commanded according to Esther chapter 1.

Queen Vashti was a beautiful personified, so beautiful to behold, her name means beauty or beautiful woman.

She was well trained in the way princess of Persia are to behave.

She was the first wife of Persian King Ahasuerus and thus the Queen.

She became a divorcee and banished. A. Strengths of Queen Vashti

I. She adapted to her upbringing of the what's expected of queen according to custom.

Esther 4 vs16 is a proof that there are laws and customs governing the behavior of queen of Persia also, beauty of a queen is meant for the king alone. Esther1:10-11 showed that king was merry with wine. He was drunk before asking seven servers to go bring the queen.

II. She was a woman of self respect. She prefers dismissal to cheap offer by her husband who was drunk and thus asked Queen Vashti to showcase her beauty to the public as against the custom of the land.

B. Weaknesses of Queen Vashti

I. She was tagged a disobedient wife. She blatantly refused his husband's request without considering the fact that king rules over her and over all the kingdom from India to Ethiopia. She would have handled the situation with wisdom.

II. She was rude and self centered in her approach to the issue, not mindful of the effect on the kingdom.

III. She was wicked and vain, viewed as an independent- minded heroine.

IV. She eventually brought shame to her family because of the way she handled the matter.

I. Never be a know it all person or wife in life.

II. Give room for mistakes from your partner as a human being; no one is above mistake.

III. Think twice before taking decisions; it can make or ruin you.

IV. Seek counsel don't be rude. Humble your self before your husband as a wife.

IV. Turn to God in time of trouble, He will bring you up from the valley and set your foot upon the rock.

V. Note that anyone is replaceable.Never allow devil to take you away from your throne.

Content created and supplied by: OmorosiVictoria (via Opera News )