By wellness (self media writer) | 2 years ago

Please Like,comment,share and follow me for more interesting updates. 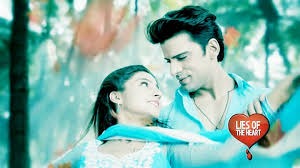 Damini doesn’t listen to anyone and grabs Urmi’s hand to throw her out of the house. Anirudh finally shows his power and tells Damini it’s his order

that Urmi won’t go anywhere.this house was hers and will always be,She’s Ishaan’s wife and how she can forget that she’s pregnant with their grandchild. She still doesn’t

listen. He warns her to leave her else he might raise his hand at her. He separates Damini’s hand from Urmi’s. Damini leaves. Everyone is

happy. Anirudh tells Urmi that as long as he’s there nothing will happen to her. She gets emotional and hugs him.

Later in their room, Anirudh asks Damini what’s wrong with her. Doesn’t she see Urmi’s sorrow? She asks he can only see Urmi’s

sorrow, but what about her grief? She has lost her only son. He says Ishaan was his son as well, Urmi’s husband, Tani’s only brother. They

all are equally sad about it. Tani comes in and tells Damini it’s not Urmi’s fault..whatever wrong happened, it was because of her. Had she not married Samrat, then nothing like this would have happened. If she wants to give any

punishment, then she deserves it, not Urmi.

Anirudh tells her whatever had to happen has happened now. It’s a difficult time and they all have to overcome it together. Tani tells

Damini not to keep anything against Urmi in her mind and punishes her if she wants. Damini asks her so she will leave her as well like Ishaan

did? Tani hugs her. Damini still blames Urmi for Ishaan’s death in her mind and decides to keep Urmi’s child away from her as well.

Next morning, all are in the hall while Urmi is near Ishaan’s photo. Anirudh notices it and asks her to make coffee for him. Just then he

opens the newspaper and is shocked. Urmi and others read one after one and they are also

shocked. Tani asks them what’s in the news.Why they are shocked. no one tells her anything. She grabs the newspaper and reads it herself that Samrat Singh Rathore committed

suicide. She’s also shocked. Shashi comes there and says it had to happen. How would he be able to survive with all that guilt. He just

took too much time to realize that.

Tani is alone now. She recalls the good time that she had with Samrat, his confession, and cries.

New Urmi comes to Ishaan’s photo and talks with him that he left her 20 years ago and she had his memories only. She knows he liked to see her moving on and that is what she did.

She moved on with his memories and their children, Shaurya and Ishani. He wanted Ishaani to be just like Urmi and she’s very much like her. Only in one thing, she has gone

on Ishaan which is his stubbornness. She’s also very stubborn. Once she decides to do anything, she makes sure she does it. In spite

of saying no, she went to Lonawala because she wanted to go. And Shaurya..he has

winning an award for some newspaper and that's where Urmi got ready to go now.

At the award function, Shaurya’s newspaper is declared to receive an award. Shaurya, being the owner, goes on the stage to receive it. All

family members cheer for him and his face is

Shaurya makes his presence on the stage,while all cheerfully applaud him. Urmi gets highly emotional seeing him. he is handed the

trophy, but he rejects it back, boggling his family, especially urmi. shaurya then takes the mike, and tells about the inception of Awaz News Channel, and how the reason behind its growth and the success is urmi’s principles and ideologies, that brought AWAZ to this pedestal. He says that he would like to receive this trophy from his mother, Urmi Ishaant Sinha. His family loves the idea,while urmi is overwhelmed with emotions.

She comes up to the stage, and shaurya wished, urmi hands shaurya the trophy, congratulating him, and then points out how along with ishaan, one more person’s work has

landed such a huge success, and mentions for Diya tiwari’s presence on the stage, without whom the news channel and its stupendous

success is incomplete. They all wait for Diya Tiwari’s arrival, but she doesn't. Later, all congratulate Shaurya for his success. Cheeku attends to a phone call tensedly. urmi

her not to praise her in front of her, as she then becomes gloating about her work. Cheeku comes and tells that diya took over the high profile case that some other correspondent was handed. Shaurya gets angry, while cheeku says that he shall check and asks him to relax.

shauriya is angry but urmi asks him to let her do it. he says that its complicated and risky. urmi asks if its because she is a girl. he says

that it isn't, as it's impulsive and rash, as she goes to extremes trying to cover a story, and this being a high profile case, the stakes are higher. He says that he just wants her to be

safe, and she assures him that diya would be fine. he leaves hastily to check on diya, when cheeku comes and tells that she isnt picking

his phone. He says that he knows where diya must have gone.

While urmi serves everyone sweets,all are happy that shaurya got this prestigious award.

Alok points out that shaurya has urmi and ishaan’s principles reflected in him. Urmi asks about Damini and knows that she is in the room, waiting for ishani. They talk about

ishaani, and alok announces her arrival, just as she walks in, drenched. urmi comes in asking

her to hurriedly change, but she jerks her hand away. She asks Urmi not to do the drama of loving her. she says that if she feels that this drama shall make her a mother, then it wont

happen. Anirudh reprimands her for talking like this to her mother. She says that urmi isn't, as had she been, she wouldn't have taken away her

father from her, as a mother does more than just giving birth to her child. urmi stands hurt.Anirudh asks her not to exaggerate, and stop

blaming urmi for the past. Damini comes from above, in the balcony, asking who they are shushing. She steps down, saying that she is

right, as any child can't forget that she didn't get the shadows of her father for one day, and only

her mother is solely responsible for that, and such a mother can't be forgiven by any child.Anirudh is angry, and asks damini to stop

punishing urmi for a mistake for 20 years, the one that she didn't even commit. He asks her to let go. she asks why shouldn't she,. as she is merely stating the truth. He is distraught. Ishaan rushes to damini, while urmi stands dejected, while damini continues saying that if

ishani doesn't have a father today, it's due to urmi only. they find ishani sneezing, anddamini immediately asks her to go and change,while she gets tea for her. urmi turns her eyes

In his room, anirudh hears urmi talking about the pain that ishaani puts her through, after so many years, and how much she hates her for being the reason for her father’s death. she is in tears. Anirudh points out that ishaani isn't at fault, but damini’s wrong ideals and bringing

up. He says that ishaani speaks damini’s words, and that her loss and her grief comes out in such a disastrous form, without realising

that she is spoiling her granddaughter’s life. He asks her to have faith as one day she would

understand. but she is resentful that ishaani has grown now, and would only hate her more with her senses. urmi says that even damini admits

that she is at fault for Ishaan's death. Anirudh says that he tried too, but failed. he says that he can't see her pain now, and asks her to have

faith in God, and his goodness. He says that time shall solve everything, and with time,ishaan’s bitterness shall end, and asks urmi to

Outside a mansion, a girl supposedly Diya,gets up on one of the walls, and then tries to cut the wire mesh with pliers, when shaurya searching for her in his car, sees her and

immediately stops and rushes to her, stopping her from doing so. She lands in his arms, while

he glances at her angrily. the screen freezes on

Content created and supplied by: wellness (via Opera News )