By Dhesthiny1 (self media writer) | 21 days ago 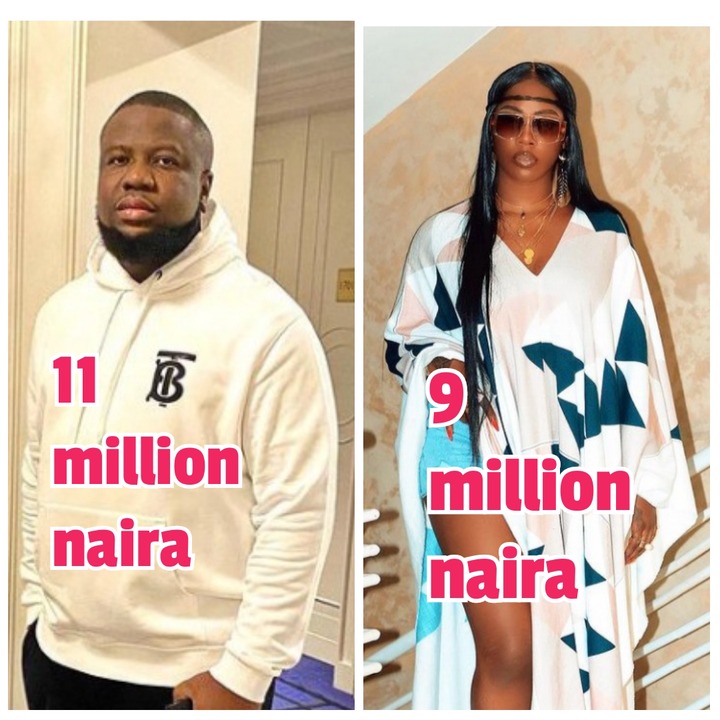 Mr Eazi is a popular Nigerian musician that became popular few years ago. He is said to be one of the richest musicians in Africa, as he makes a lot of money from his businesses and investments. He is currently dating the daughter of a Nigerian billionaire, Temi Otedola. He recently showed off the invoice for the drinks he ordered at a night club in Lagos, which amounted to over eight million naira. 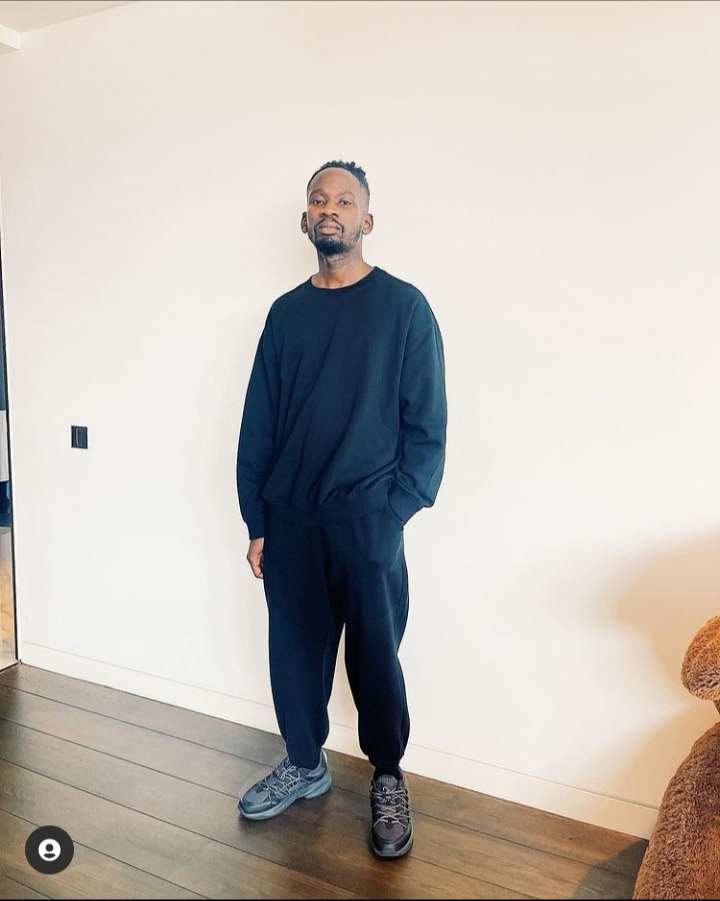 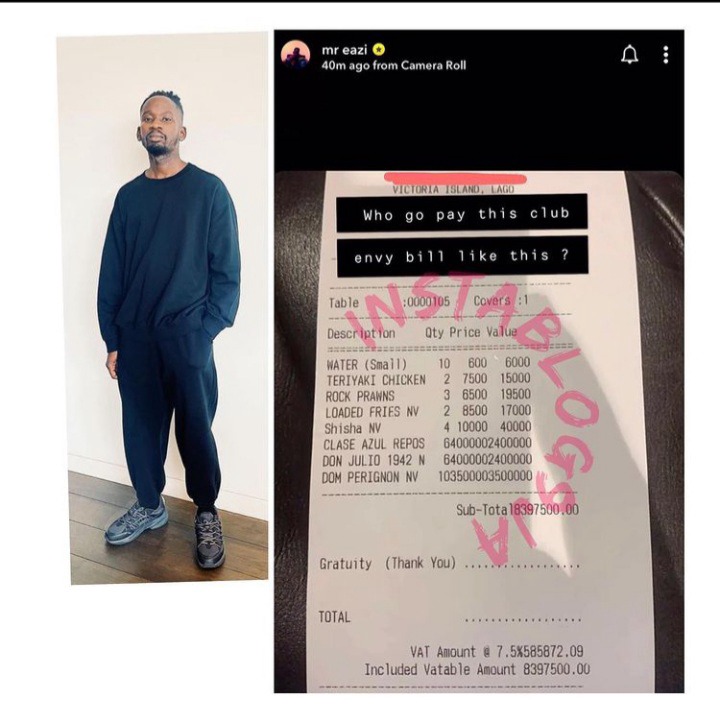 Hushpuppi is a Nigerian celebrity who became popular due to his reckless spending habit. Few years ago, he spent over eleven million naira in a club, and he took to social media to show off. He also threw shades at Davido, saying that Davido is a small boy compared to him. Davido then replied him by showing off his transactions for just one month which amounted to over one hundred and thirty million naira. Hushpuppi is currently in prison after he was found guilty of internet fraud. 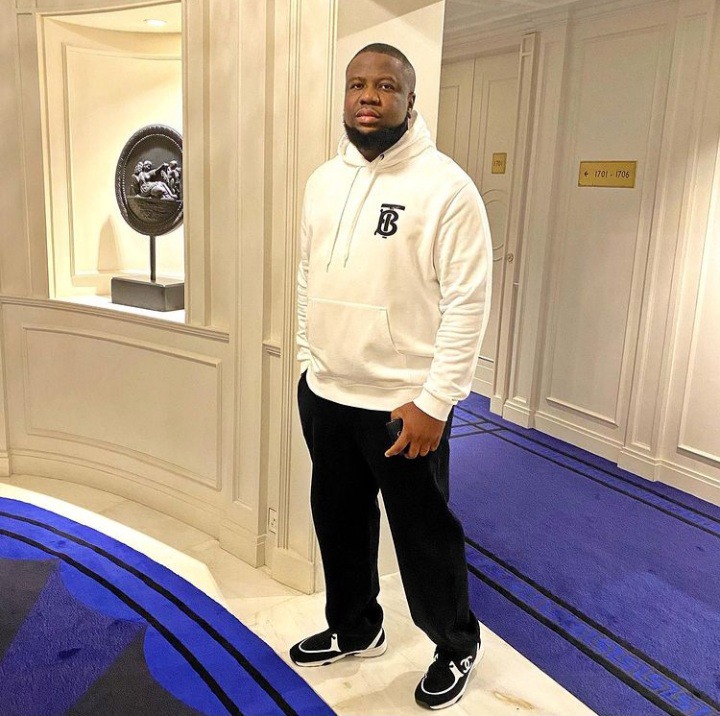 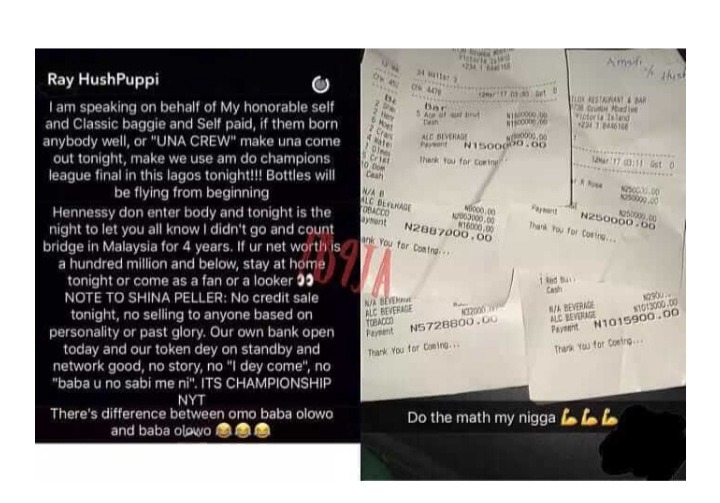 Davido is one of the richest musicians in Africa. In 2017, the singer went to a club in London and spent over five thousand pounds, which was over two million naira when converted to naira. He was once reported to have spent seven million naira at a club in Lagos. 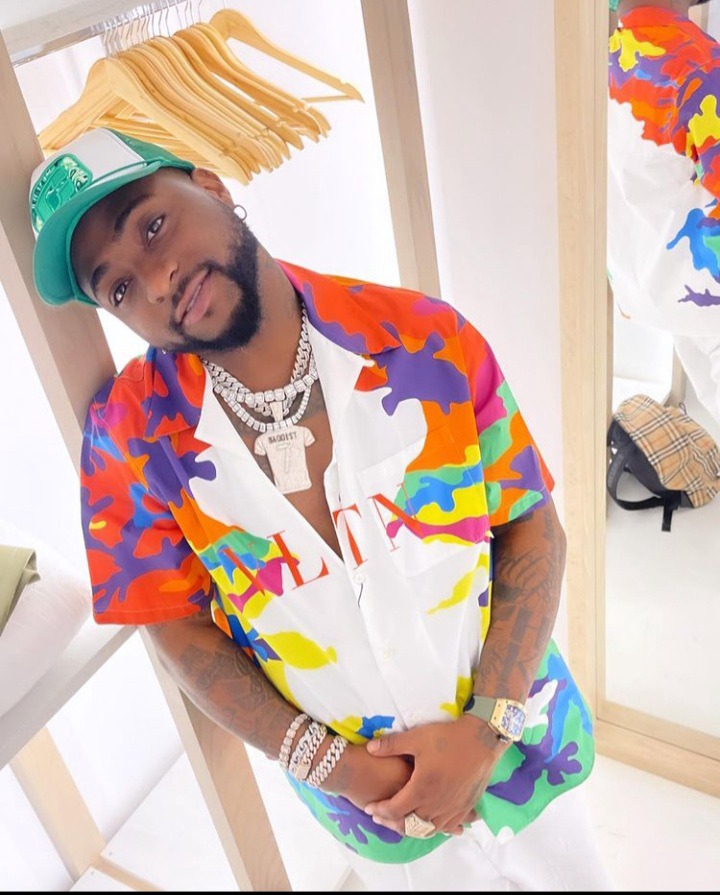 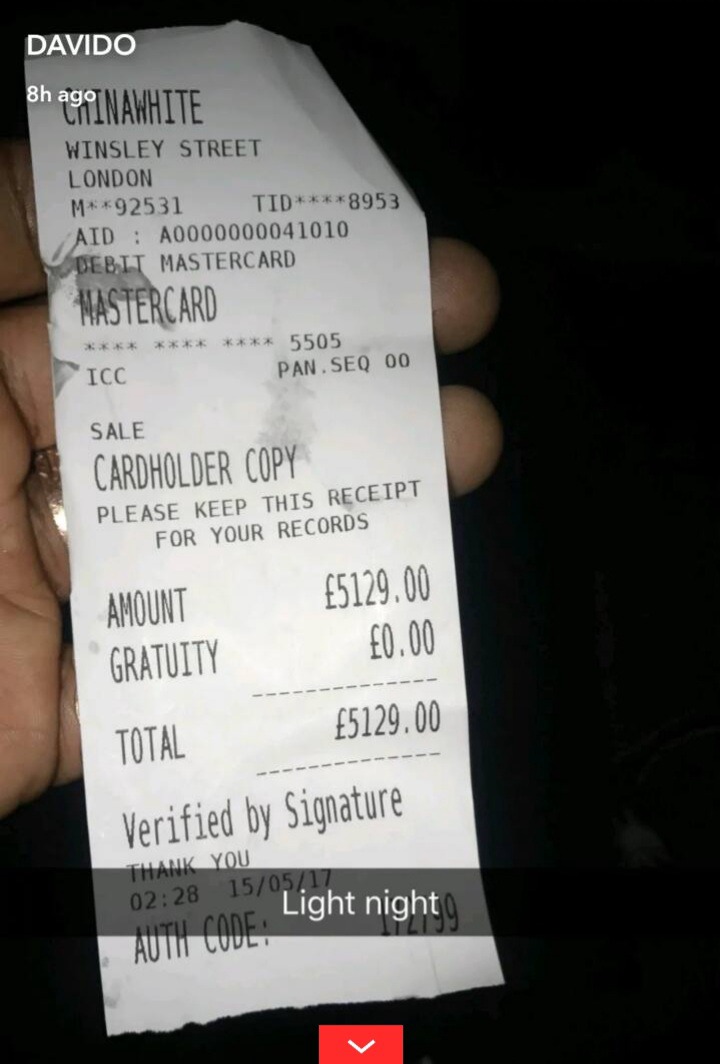 Emoney is a popular Nigerian celebrity. He is the younger brother of popular Nigerian singer, Kcee and also a billionaire. Earlier this year, he spent seventeen million naira on drinks to celebrate the birthday of his friend, Obi Cubana. 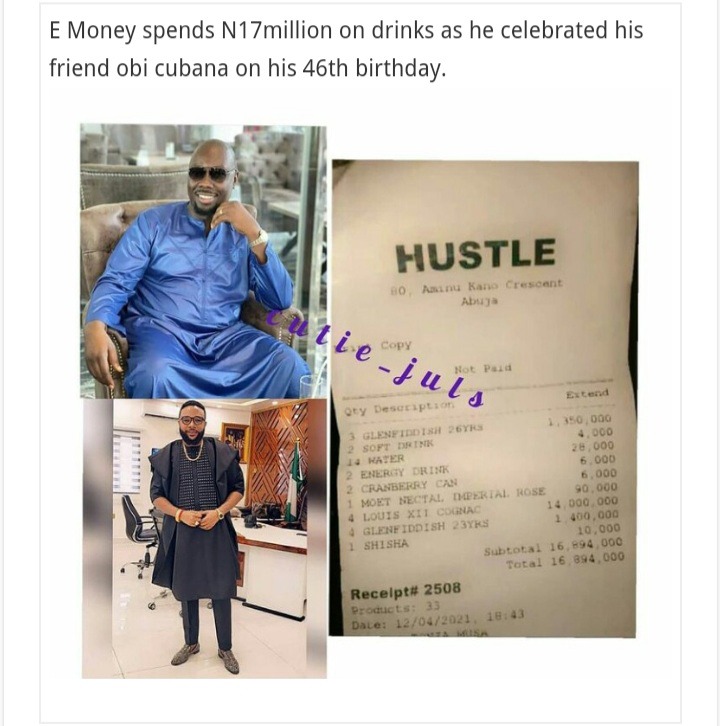 Burna boy is also one of the richest musicians in Africa. Some months back, the African giant showed off the expensive bottle of drink he bought in a club. One bottle of the drink costs two million, eight hundred thousand naira. 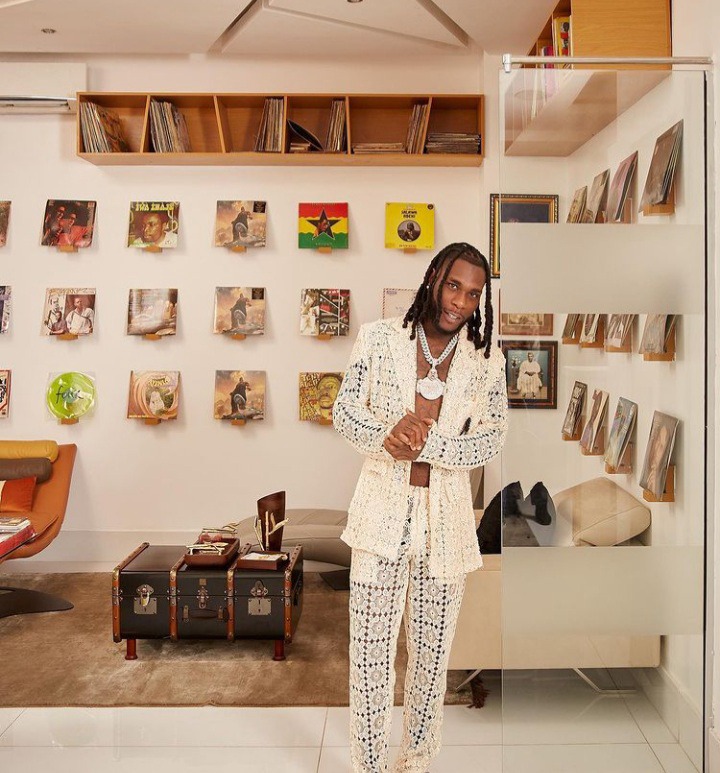 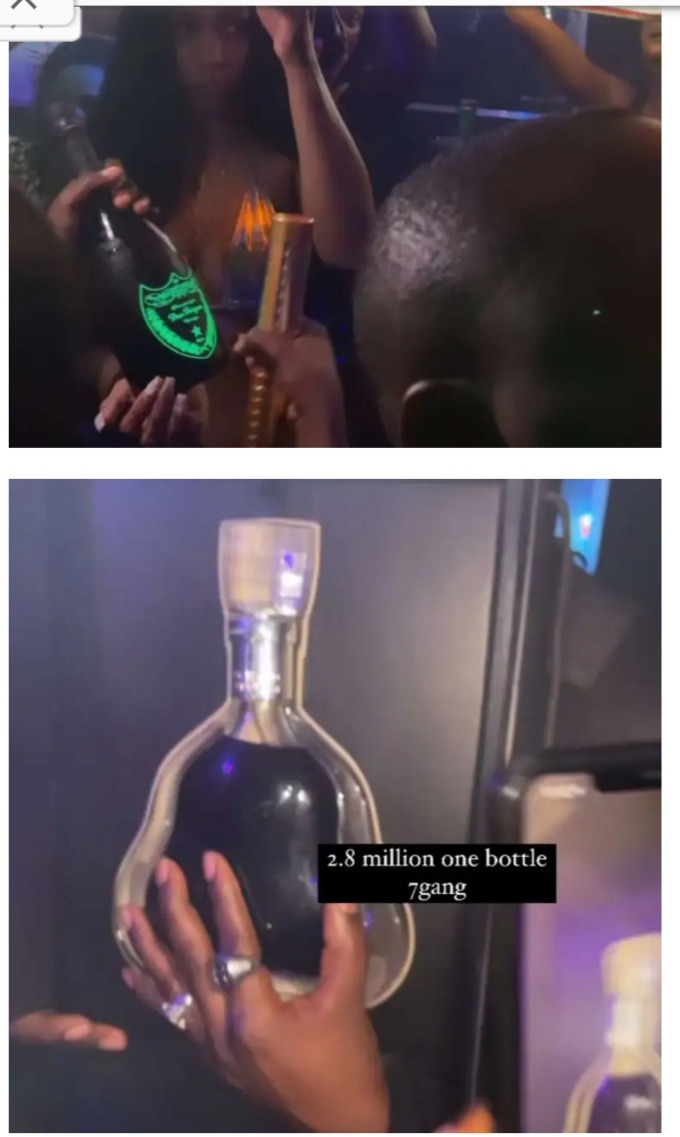 Tiwa Savage is probably the richest female musician in Nigeria. Few months back, the singer went clubbing with her friends and she spent over nine million naira in the club. This was disclosed by popular Nigerian singer, Skibii who was also with her in the club. 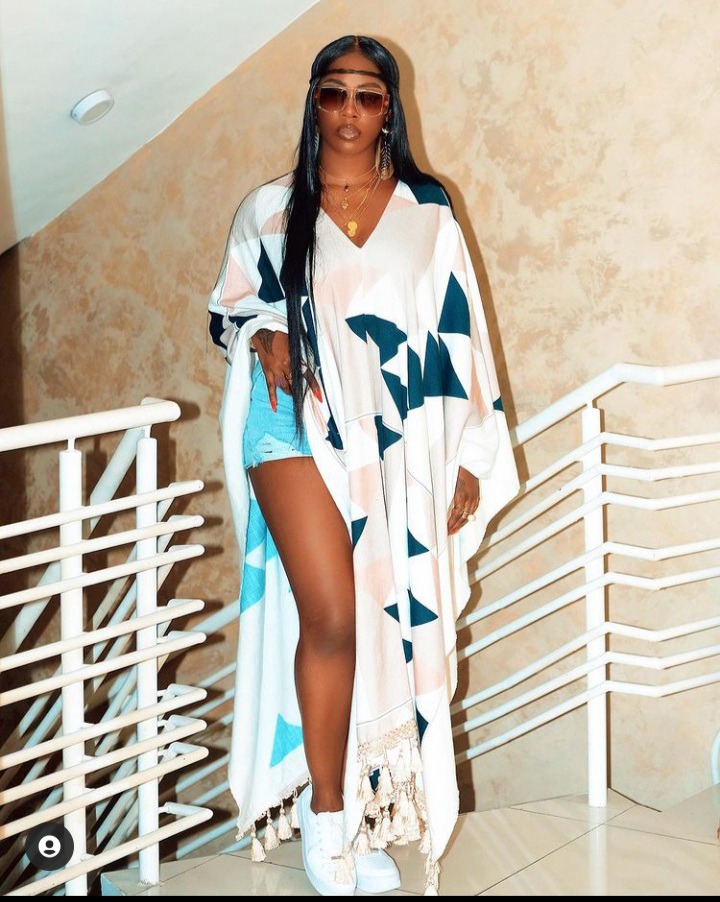 What are your thoughts about people spending huge amount of money on drinks, can you do it if you have the money? Drop a comment below. 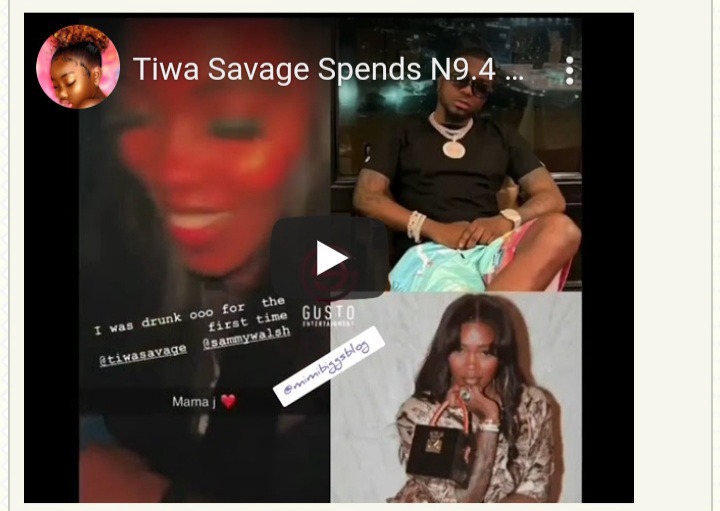