Fiction: I Saw 2 Mad Men Fighting, I Was Moved When I Discovered What They Were Fighting For

By Frankreport (self meida writer) | 18 days

I was walking along upper Iweka road, just very close to Onitsha main market when I saw two mad men fighting. They look very dirty and tattered. They look haggard and hungry. The looks in there eyes couldn't allow anyone come close to them. They appear to be determined in the fight. All their focus remained on the object they were fighting for. They refused to notice the presence of anyone around.

The fight was so serious that they tactically exchanged blows slaps, nods and even karats at intervals. The fight was entertaining, but at the same time, it was bloody because the sounds of the blows at each interval is enough to take a less strengthened person to the hospital.

The two of them appeared to be blessed with the same strength and tactic. The way they give out blows and karats suggests that they were trained by the same master if they were to be wrestlers or fighters.

The fight was so entertainment that I spent more than two hours watching them fight. I watched them fight to see how they will later end the war as it becomes unending. At a point, I decided to go and separate them.

I didn't know what brought about the fight between them, so I had to ask people around there when it all started because I met the two mad men fighting. When I asked, I was told that a man who is suspected to be a pastor dropped a paper with one of them. On seeing the content of the paper, the two mad men started dragging the paper which led to the fight.

I was wondering what the paper could contain that will make two mentally unstable people fight. Initially, I thought that they were dragging bread as one of them was holding two loaves of bread under his armpit while engaging in the fight.

I decided to separate them not knowing where to start from. I approached them while being careful not to be thrown a blow at. I rushed to one of them and held him so close without minding the unpleasant smell that oozes out of his body. With that, the other mad man was able to be in the possession of the paper while the other one struggle to free himself from my grip.

It took me minutes to restore calmness between them. I succeed in luring them to give me the paper. I read the content and I was really moved.

The paper reads "Jesus loves you and you alone."

Actually, they were dragging the paper because the paper said that Jesus loves just that particular person. So each of them claimed that he is the one the paper is talking about so they drag the paper.

That write up moved me. It made me to repent of my sin in preparation for Easter. I told myself that I must do something to prove to God that I know he loves me and that I love him back.

I have decided to take the two mad men to a psychiatrist for proper examination and treatment. I want them to come back to their conscience.

If mad men can drag who will be in the possession of a paper just because of what was written in it, who am I? I complete human with complete sense. Why can't no do more.

Meanwhile, I got another piece of paper and wrote the same thing on it. They took both of them and happily shared them between themselves. I was happy to see them sit together with smiles all over their faces.

Seriously, this act by these mad men really moved me, so I will make sure I take them to psychiatric clinic to restore their sanity possibly before Easter. 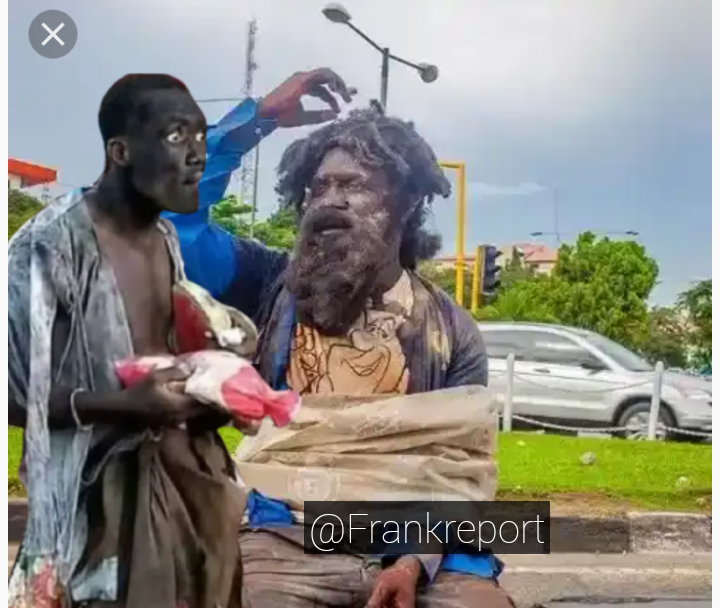 Picture used for illustration purposes only.

Again, Another Tanker explode at Oshigbudu

"They Said They Will Kill Me And They Almost Did"- Man Narrates His Experience With SARS Officers.

We shot him dead in front of his mother, got arrested while we were running away- Cultists

PHOTOS: See How 15-Years-Old Girl look After Her Parents Locked Her in a Room For 10 Years