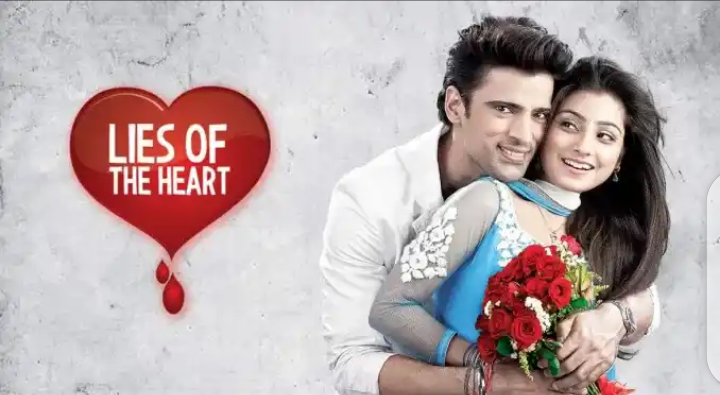 Later, Anirudh comes inside, eager along with gaurav and his family, as a huge feast is being ordered. He gathers everyone together. urmi and ishaan come down. They all are confused as to why all have been called here. He says that they have organised a house party, full of fun and frolic, and shall play a family game. All are eager, while samrat is upset. he angrily eyesvurmi, remembering the slap, while urmi is tensed. tani asks whats the matter, and he lies about a headache. He givesan indirect hint, that a huge headache has gone down, and that some issues were bothering them, and now everything is over. urmi gets his message and is tensed. tani goes for the party arrangements, while urmi is tensed at samrat's reply. meanwhile, sandhya asks alok whats the matter, and he says that this has been done to cheer up shaurya and the family's mood. They all begin with the game, a kind of a dare, that only shaurya shall give to whoever is on the spot. the game begins with the passing of the pillows. Finally, it ends on asha, and all boo her. She asks shaurya, and he asks her to propose to gaurav romantically. all are cheerful, while gaurav is embarassed, but asha is excited. she gets to doing it, while urmi smiles. Samrat eyes her angrily, and she gets tensed. then it stops on sandhya, and alok asks him to be extra torturous, and shaurya asks her to sing. She takes the centre stage, and starts, much to everyone's plight. then its ishaan's turn, and shaurya asks him to dance with urmi. she eyes samrat's anger, and asks shaurya to change. but he doesn't, and ishaan too extends out his hand, and asks her to do it for shaurya. They dance, and sandhya points out their eternal love and damini is irritated. All others smile, while tani and samrat are irritated. they conclude. next its Anirudh's turn anmd shaurya hesitates and says that he shall have to answer his question correctly and precisely. Anirudh eagerly complies.

shaurya shocks them all by asking if he is going to die. urmi eyes samrat angrily. Anirudh asks shaurya who told him, and tries to distract him. Shaurya asks whats his disease. But anirudh simplifies it saying that very soon he shall be alright, and ishaan and urmi are overwhelmed.

anirudh distracts him completely, and engages them all in cheering shaurya up successfully. Ishaan holds urmi's hand reassuringly. Late in the night, urmi tucks shaurya in his bed, and then goes to get him milk, while he asks her to the hurry up. Meanwhile, in the kitchen, samrat mixes a sedative in tani's milk so that she sleeps through the night, and he is able to get victory over urmi. urmi comes in just then rushedly, saying that she needs to talk to him. Urmi confronts samrat. She apologises. he asks if she wants an apology. She complies silently. he reprimands her, and says that he wont allow her, doing this again and again. he says that now they shall talk, only when they meet at midnight, on the terrace. she is gripped by a chilling fear as to what he is upto now. urmi is shocked. samrat leaves asking her to come to the terrace.

Location: Ishaan's residence Urmi paces nervously around shaurya's room, wondering what has samrat in his mind now, and whether she should tell ishaan or not, and if he shall ike it or not. Finally, the clock strikes twelve, and urmi is scared. she nervously and stealthily comes up on the roof, while samrat invites her to come, as her presence was much awaited. he throws a gajra at her, welcoming her, to his lair. she is boggled and asks whats this.

He says that this is his arrangement for her apology. Samrat has the mood set for a mujra with wine and snacks ready, and him reclining on the mattress, while he throws a pair of anklets at her, asking her to dance and sing to appease hm, saying that there shall be a mujra that he shall enjoy. she is shocked and asks if he has gone mad. He says that her request for saving her son has been rejected. he immediately comes to her for apology, while he jerks her away asking her not to come closer.

He says that since she is hell bent on touching his feet for apology, then she would have to dance her heart out, so that her lord, he himself is appeased, and he is forced to give an apology to her, and even give her what she needs. she is hesitant, while he continues to enjoy her torment, and says that the decision is hers, and he shall not think tywice before rejecting her proposal. She asks how can she, and he says that her request shall be reconsidered only when she agrees to dance seductively. he turns the music on, signaling hr to get ahead with it. Then she finally complies to his wishes, she wears the anklets, and killing her self respect, she begins to dance on lecherous songs hesitatingly. He stops the music and asks that she doesnt have to dance half heartedly, as she isn't doing a favour on him, and asks her to dance fully. she complies. He turns the music on, and begins to dance. He fully enjoys her traumatic plight. Ishaan meanwhile is tensed as he wakes up with a startle, oblivious of whats happening on the roof. he finds that its quarter to one and doesn't find urmi in the bed. he comes out of his room to search for her. he finds that she isn't in shaurya's room either and wonders where is she, this late in the night, having even left her phone here. shaurya mumbles for water, and ishaan rushes to give it to him. Shaurya drinks it, and thanks ishaan and then goes to sleep. ishaan gets up, and just then, urmi comes in,dripping with sweat. she gets nervous and asks if shaurya is okay and he is here. He says that he is okay and tells how he landed here. she is restless and fidgety. he notices the tensed look, and askS where was she, and why does she look tired. She says that she was feelingf panicky and hence went down for a stroll. he comes to her and cupping her face, he asks if she is okay. She closes his eyes, and then looks up at him, saying that all's okay now. he asks her to rest as its too late, and kissing her on the forehead, he begins to leave. She asks if they can have coffee together. He agrees. they start remembering their old memories, laughing and bantering aloud, urmi laughing after a long time, while ishaan eyes her overwhelmingly, happy that she is laughing again. He chokes, and she gets tensed again and asks him to go to sleep, as its late, and he has to go to the court tomorrow. ishaan gets up and taking her hand, asks her to change and simply go to sleep, without taking tension. she wishes him goodnight tensedly and leaves. He calls out to her, and when she turns back, he extends both his hands out to her, she is overwhlemed and rushes to him, hugging him, while tears streaming down her cheeks, as she is kissed on his forehead. The next morning, at the breakfast table, all compliment urmi's cooking yet again. Samrat continues to taunt urmi, by singing the song that she danced for him, last night. urmi gets conscious, as samrat tells tani that there's a strong memory associated with it. urmi is tensed, while damini is boggled. samrat intentionally teases urmi, by about to tell tani what happened, and urmi gets nervous and spills tea on sandhya. damini observes the problem. just then, rati comes in saying that shaurya wishes to eat snacks, while urmi says that he can't eat it, as oily food is prohibited for him, and rati says that he is insisting. tani asks urmi to comply to shaurya's wishes. All are surprised, including urmi. tani says that since a dying person's wishes should be fulfilled, hence he should be allowed. all are shocked at the callousness of her statement.

Anirudh immediately shuts her up, asking if she is so disgusted and shameless. tani keeps professing that she is just being a truth speaking person, howsoever bitter it might be.He says that she feels so shameless, as she isn't a mother yet. she is oblivious to the severity of his statements, as he taunts her that she should be cautious well in time, as the lord might just punsih her for her callousness, by making her infertile to sire a child ever.

They are all shocked. samrat asks how can he say anything like that. Anirudh asks samrat to shut up, as he doesn't cry for sharya and he talks about children, and asks how can he be so irresponsible to his own son, and that such parents lead god to think who should and who shouldn't be given parents. samrat pretends to be hurt, while tani feels for him. he gets on his drama, saying that his true love is costing him dearly. he rushes inside. Tani is hurt, and angry and goes after him. damini wonders what a big dramatician he is. On the balcony and hallway, ishaan speaks to samrat, that they dont have much time, and that they need to hurry for shaurya's treatment. lshaan again apologises to samrat for urmi, saying that he shouldnt be angry at urmi for her slap. Samrat evilly thinks that he has one more chance that means, urmi hasn't told ishaan anything about the previous night. samrat eyes urmi serving food at the table, to family, and when ishaan asks him not to hit urmi, he pretends to relent and says that now only another slap on urmi's cheeks shall appease him. Samrat adds that he shall not slap urmi himself, but her loving husband shall, and that too in front of everyone. Ishaan is apalled as the screen freezes on his face.