Opinion: people should stop judging Tiwa Savage, what happened to her could happen to anyone.

By Chinny'sangle (self media writer) | 11 days ago

It is really sad how some people are very fast in passing judgement when someone does a certain thing in a certain way. Many people tend to give their opinions in other people's affairs as though they are part of such people's lives.

The report of Tiwa Savage and her leaked tape has surfaced social media and a lot of people have said different things about it even though the tape hasn't been released on social media yet.

According to Tiwa in an interview, a close person to her sent her the video, and the person who claimed he has the tape in his possession is demanding for money so he wouldn't release the video but Tiwa has vowed not to give any money to such person. Tiwa Savage accepted the fact that the tape was an intimate moment she had with her lover but her reason for not wanting to pay any ransom is that the person who claims to have the video may choose to come back from time to time asking for more money with the threat to release the tape.

A lot of people have condemned her over this incident claiming she shouldn't have allowed such moment with her lover filmed. People have been giving their opinions based on their understanding of the story.

In my opinion, in so far as Tiwa has accepted her mistakes, people should stop the judgement already. This incident is one thing that can likely happen to anyone who is in an intimate relationship. A lot of people may have equally had such encounter but conquered it silently because they're not celebrities. Tiwa has done what a reasonable person should do by taking a bold step to talk about the tape even though it's not out yet on social media, which means she has accepted her mistakes and is ready to take responsibility of whatever comes out of it. What has happened to Tiwa can happen to anyone who's in love. People do silly things when they feel so loved without thinking of the repercussions just because of the intense feeling at the moment.

Therefore, people should stop judging Tiwa Savage. She must be in a deep pain right now, and what some people have said about her since this issue came may not help her pull through, instead, it may make her breakdown even the more. A lot of people judge celebrities comfortably forgetting that they are humans like everyone else. 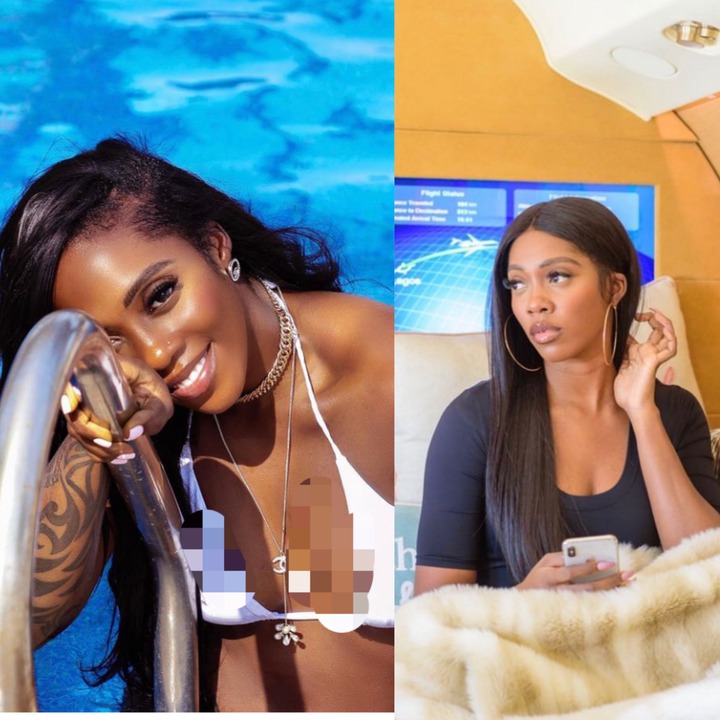 Image source; all images in the article were sourced from Tiwa Savage's Instagram handle.