Facts about Ali Olakunmi, the Yoruba man found under bridge to model

By Penwise (self meida writer) | 1 months

Ali Olakunmi is the name of the man who went viral, after he was found under-ikeja bridge and made to model for a Lagos based fashion designer.

The Yoruba man is said to hail from Osun State Nigeria, he had being sleeping under the bridge in Ikeja Lagos before he was found and asked to model for them. 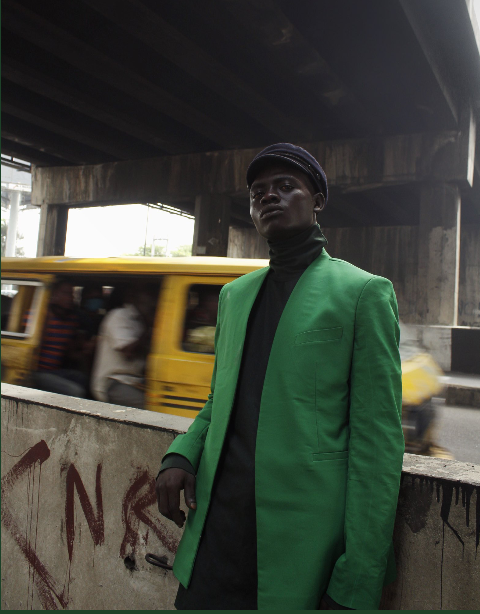 When a Lagos-based fashion designer and his team, including his photographer were at the Ikeja bridge for a shoot, they had to wait for their model who had been stuck in traffic.

They noticed Ali, he was sleeping under the bridge unaware of what was about to unfold. According to the report they noticed Ali, his body structure and flawless skin was perfect and they thought he could be great.

They approached Ali, he accepted and the rest is history.

After shoot, sadly, Ali went back to sleeping under the bridge.

The fashion team uploaded his pictures online and it went viral.

According to the team that found him, a multinational modelling company in Lagos, had contacted them, but they are yet to meet them.

Also, an account on social media had been created for Ali, which is currently being managed for him.

The account currently has over 2000 followers and his first tweet, some hours ago, stated, "I am Ali and I am born to be great". 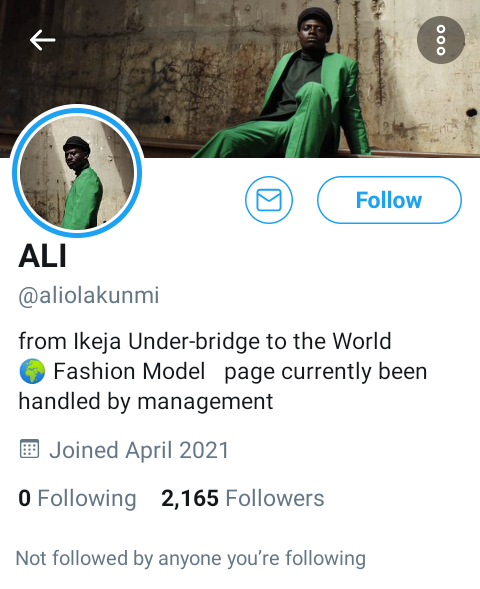 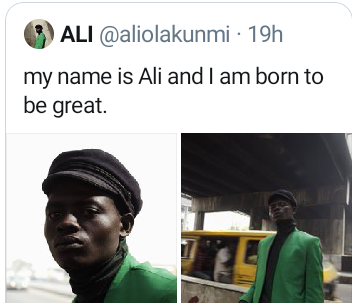 Here are what some people are saying about him. 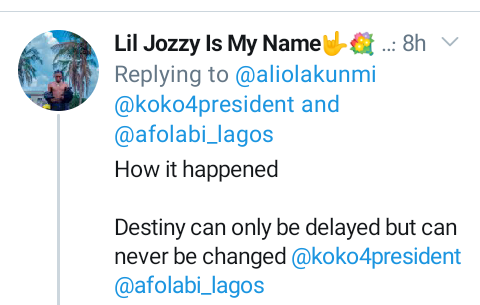 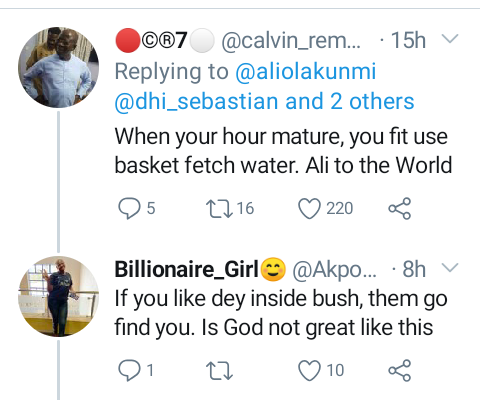 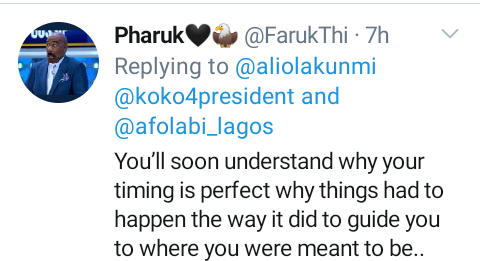 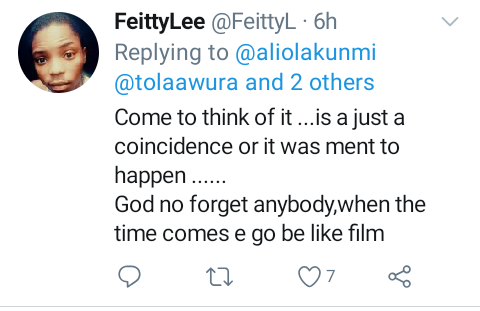 When your time comes, no matter where you are or your conditions, you would still be found.

Ali announced that he is working on some other shoot with the team that found him and it would be released soon.

A lot of people are interested in his story and we hope something great will be heard from him soon.

She left home around 7:15pm, but while on her way her number got disconnected - Sarah's daughter