Popular Nigerian actress, Rita Edochie has been under the attack of critics and life threat from fans for the past few days since popular comedienne Ada Jesus died.

Since then, the actress has been trying to defend herself online by posting multiple videos of people supporting her on her page, yet all she gets is backlash and critical comments. 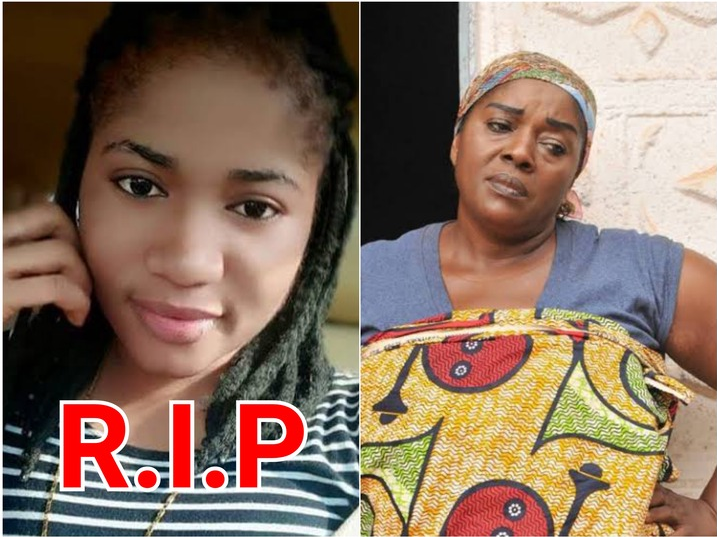 According to most of the comments, fans accused her saying she played a part in Ada Jesus's death by not forgiving her from her heart early despite Ada Jesus begging her for forgiveness very early.

Following the critics and life threat comments, actress Rita Edochie have just posted an old video of Ada Jesus where she made a 13 minutes long video threatening to kill a man named Ken with traditional ways (juju). 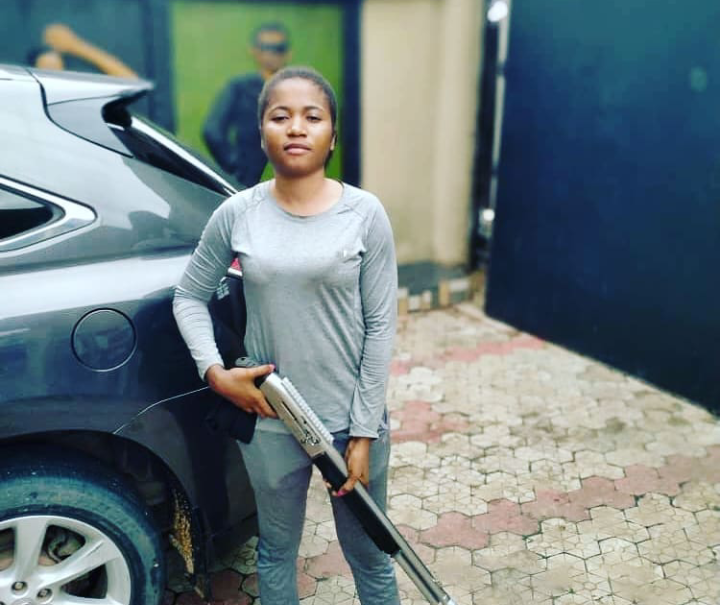 In the video, Ada Jesus said "if Ken die, it's me that killed him". Late Ada Jesus in the video called the unknown Ken a useless homosexual and said she will kill him and his family cannot do anything to her. From the video, it looks like Ada Jesus and Ken are having some problems.

Sharing the video of Ada Jesus threatening to kill the man with juju, Rita Edochie captioned it "What Do You Call This ?", A simple question for people saying she (Rita Edochie) used juju to kill Ada Jesus. After sharing the video, fans continued to drag Rita Edochie over the continues post of Ada Jesus since her death. According to most of them, she is already dead and be allowed to rest.

Check out some of the top comments dragging Rita Edochie on her page after she posted the video below:- 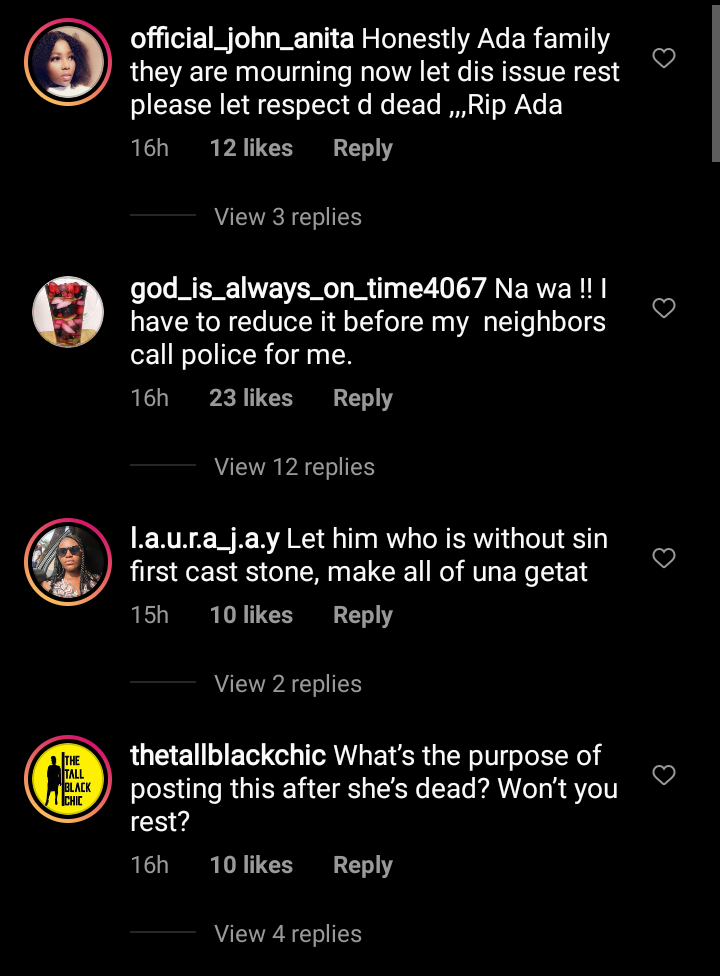 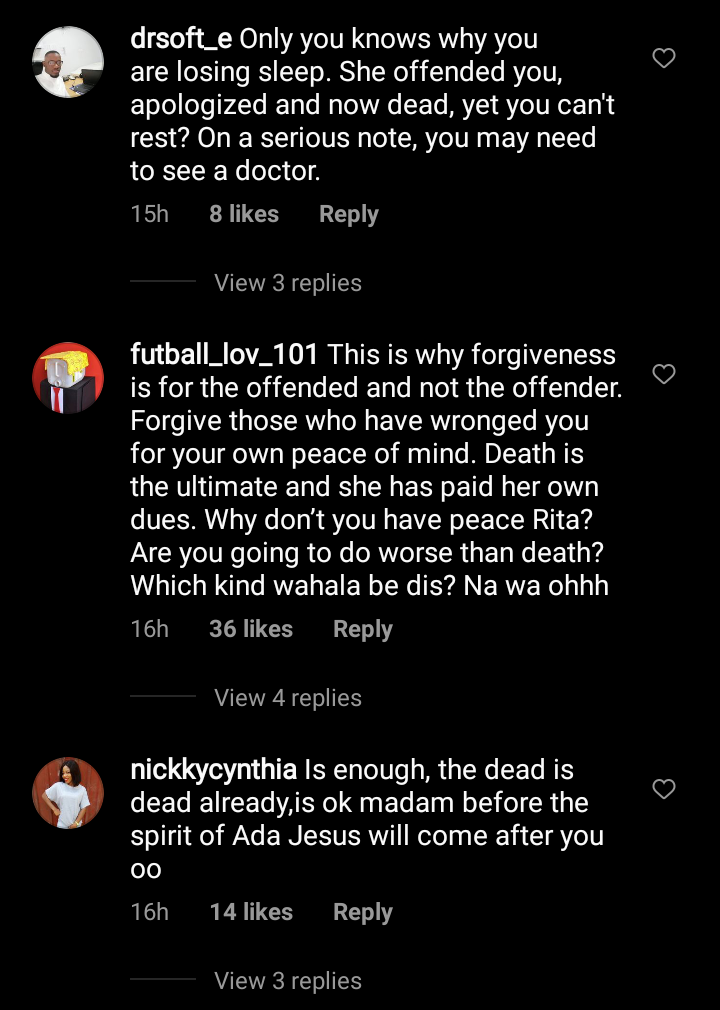 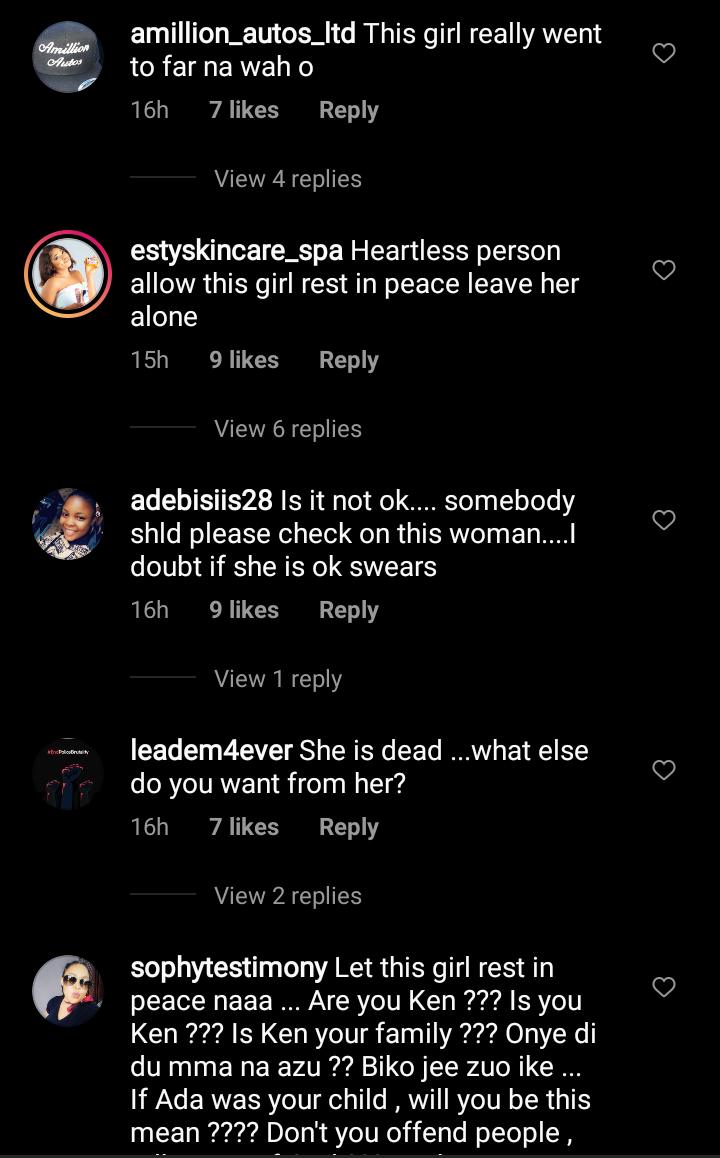