By Fawehinmisunday (self meida writer) | 25 days 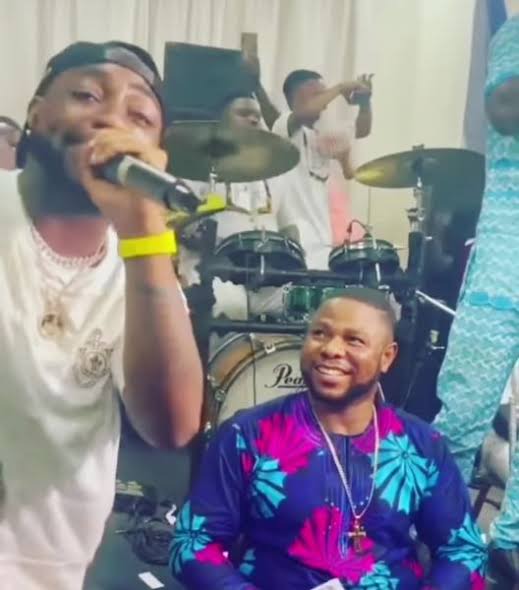 Davido attended a activity at Abeokuta in Ogun State, Davido appearance there was felt as he's known for cruise.

He left his seat to join Gospel Music Singer, Yinka Ayefele while he was performing on the stage, David Adeleke went there with a Bundle of one thousand naira notes which the sum amount is 1 Million Naira.

Davido climb the stage and join Yinka Ayefele with the bundle of the one thousand naira notes. He sprayed Yinka Ayefele, He also took the Microphone from him. And start singing his song Dami Duro with Ayefele Yinka Bands.

He also sing another song titled Money before handling the mic back to Yinka Ayefele.

While David was on his way back to his seat, Yinka Ayefele instruct and beg the crowd to make space for him.