Fear Women, I Sent Money To My Girlfriend And She Used Me As Her Display Pics, Then This Happened.

Fear Women, I Sent Money To My Girlfriend And She Used Me As Her Display picture, Then This Happened.

Women, they are one of the specie who has to be greatly feared as the things they do most of the time are unpredictable and if one is not careful may lead to depression which is not good for the body. 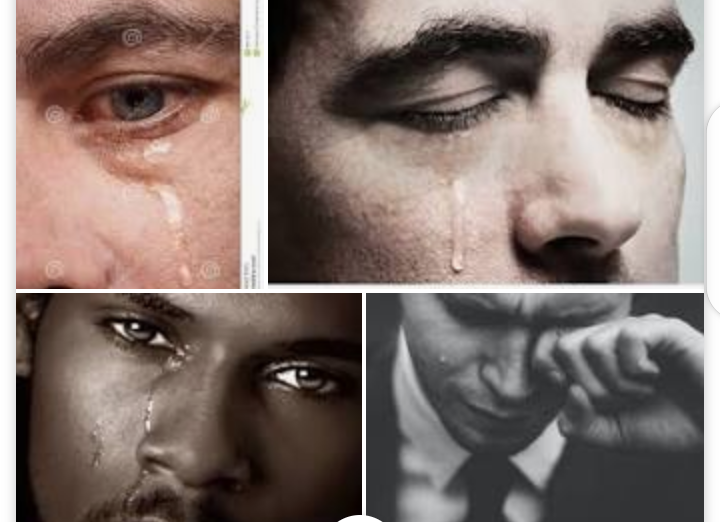 Even in the past times, we have heard about the Attrocities which had been performed by women in the Bible, women like Delilah who caused the downfall of Samson, and Lot who disobeyed and turned to salt.

It's Very Funny what women can do when money is involved, as a man had shared what had transpired between him and his girlfriend who he had sent money for upkeep online.

The man with Alias Abdul Joe had taken to his social media accounts to recount when he had sent his Girlfriend Five thousand naira for her Upkeep and she had immediately used his picture as her profile picture to show appreciation.

The man probably not trusting his Girl had chatted her up the next morning with another Number just to test her love for him and he was disappointed.

He claimed he had asked her who was on her profile picture and was dumbstruck when she had claimed he was a classmate of hers who had died from the deadly Coronavirus which is currently a worldwide pandemic. 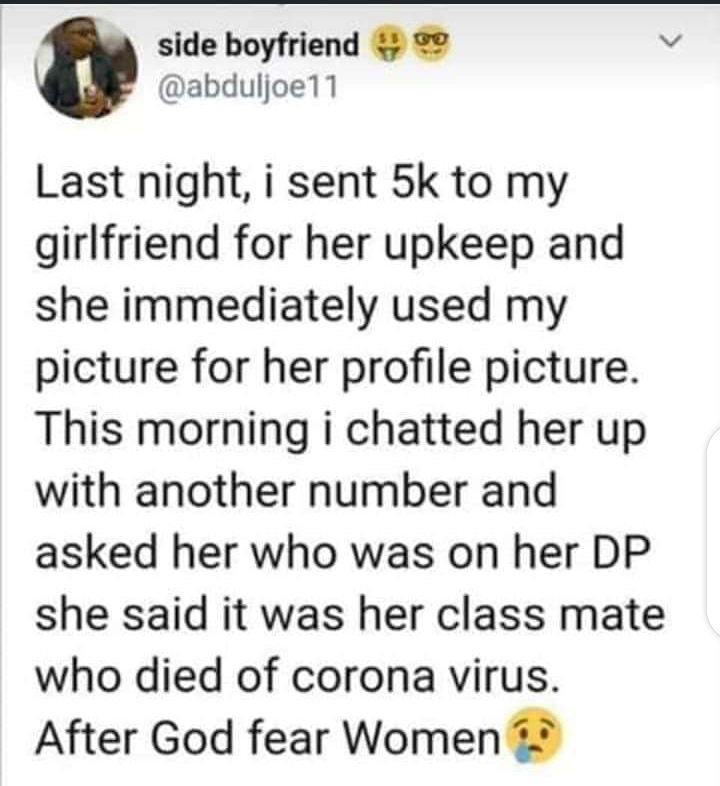 He claimed women are meant to be feared as he don't even know how to react after she had totally denied him, not knowing she was still talking to him.

Woman are one species who are meant to be feared, in recent times we had heard numerous news where men goes into depression and end up loosing their lives after they have had their heart broken.

What are your thoughts on this? Share your experience.