By Xamxon (self media writer) | 1 year ago

Enisa Stirs up the Internet after she called Davido GOAT in her Tweet. 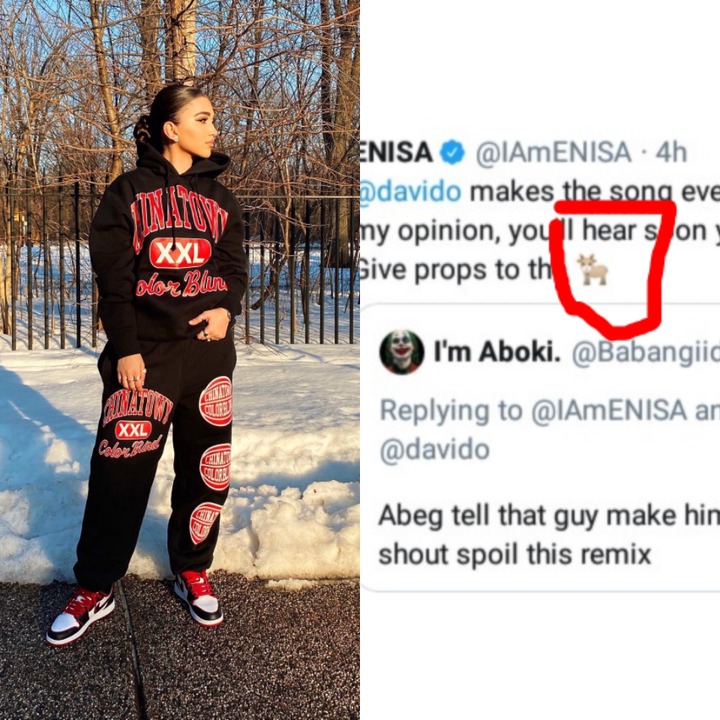 Enisa Nikaj is an American singer, Songwriter, model and Record producer who was born March 5,1996 in Brooklyn,New York City. She came into limelight as she is seen performing cover songs to Artists like Adele and Houer. She has songs like Dumb boy, Count my blessings etc. 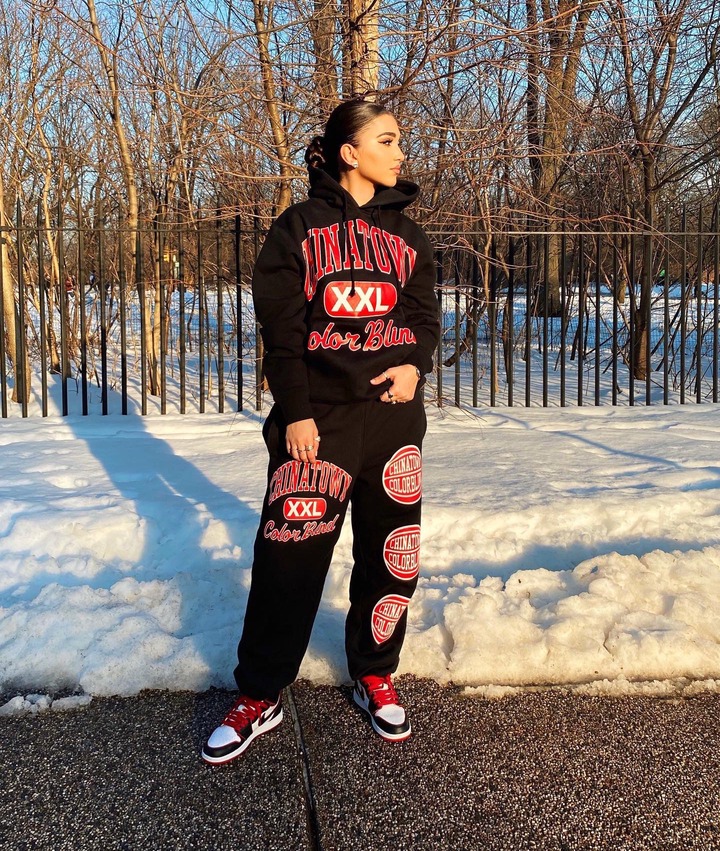 She is set to release Remix of her hit song titled Love Cycle with Nigerian Singer, Davido.

David Adeleke Adedeji professionally Known as Davido is a Nigerian singer and songwriter who was born November 21,1992 in Atlanta, Georgia. He rose to fame in 2012 after he released hit song titled dami duro. He is regarded as One of the Biggest African Artist as he goes back-to-back releasing hit songs such as Fall, If, Fem, Assurance, Jowo etc.

Enisa is about to release Remix of Love Cycle with Davido. She traveled to Atlanta,where Davido is presently residing in the U.S. for the video of Love Cycle Remix.

She took it to her Twitter handle and posted 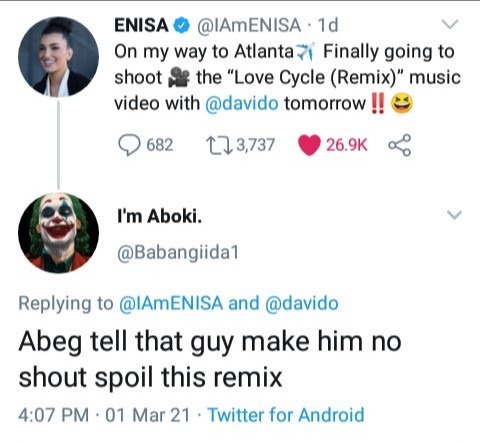 "Abeg tell that guy make him no shout spoil this remix"

Enisa replied him that

"@davido makes the song even better in my opinion, you will hear soon yourself! Give props to the 🐐" 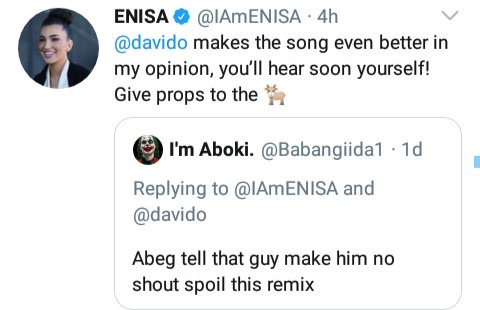 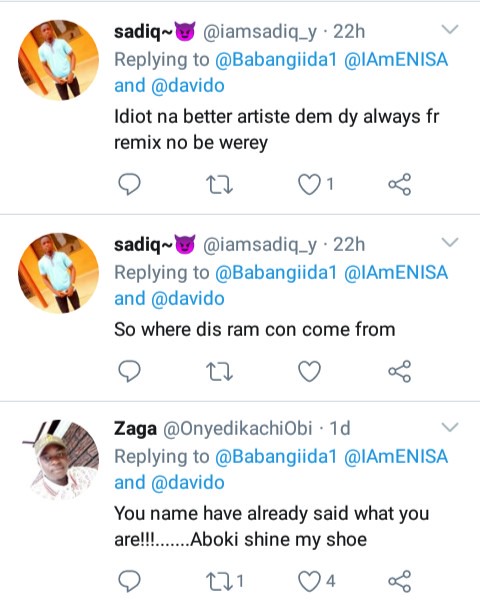 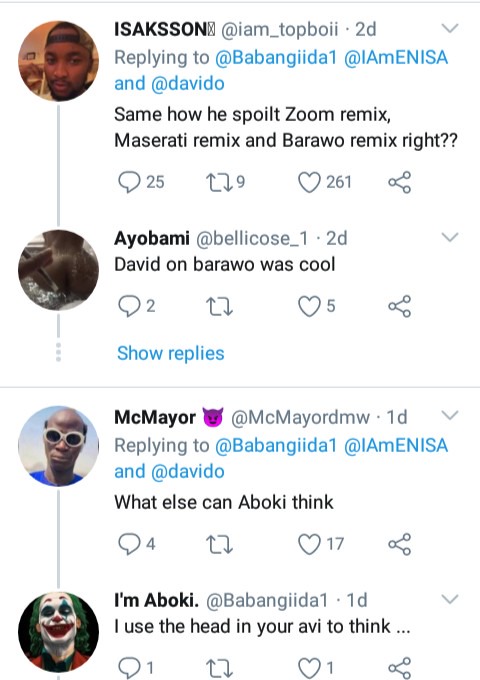 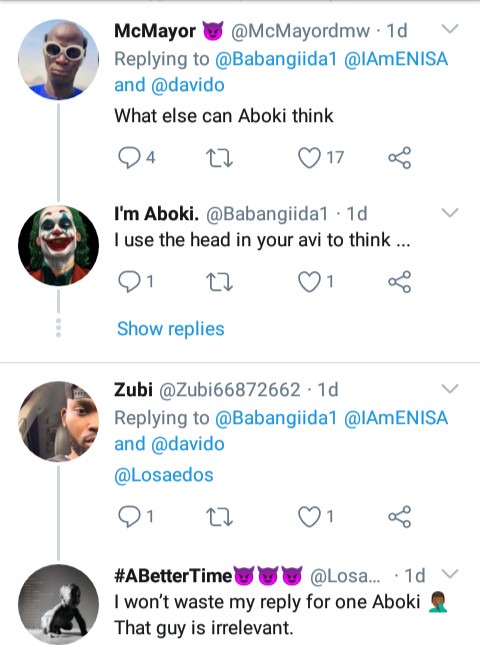 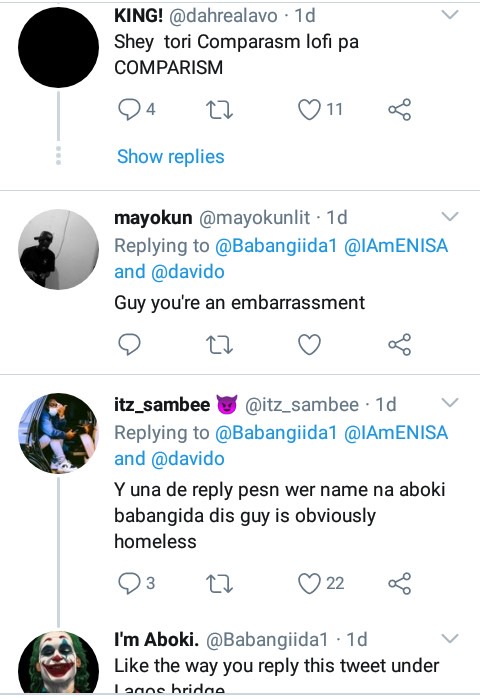