A well known Nollywood actor Chiwetalu was recently arrested and released by the DSS operatives. Shortly after he was released, he made it known that Nigeria has nothing for the Igbos. 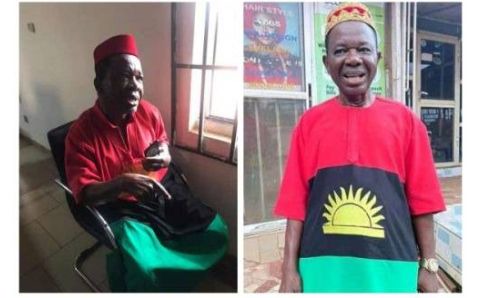 Based on this statement that was made by Chiwetalu Agu, I don't think that he is right for saying that. Why did I say so? I said so for some reason.

As it stands now, work is going on along Enugu - Port Harcourt Expressway. So, tell me the reason why someone will come out and say that Nigeria has nothing for the south east region?

We all know that there are Igbos who are presently occupying top positions in government. The Minister of Labour and Employment, Dr. Chris Ngige is an Igbo man from Anambra State. The Minister of Foreign Affairs, Geoffrey Onyeama is also an Igbo man. So I don't see any reason why Chiwetalu Agu should say such.

Based on the facts on ground, I really think that Chiwetalu Agu made a very wrong statement by saying that Nigeria has nothing for the Igbos. Though he may be angry with what is presently going on in Nigeria today, but we all know that the future will be better for all us in Nigeria.

I know that some will kick against what I have just said here, but the fact remains that we are all entitled to our individual opinions. What is your take on this issue? You can drop your comments and opinions below.