Does Salle Revealing That She Was Never Hawking A Proof That There Was A Twist In Her Story?

17-year-old singer who went viral recently, Salle, has opened up about some part of her life which so many people seem not to know.

She was in the news after it was reported that she was met on the street as a hawker before people discovered her talent.

A lot of things have been said concerning Salle’s story, but it seems as if there might be a twist in what is circulating about her in public. What a lot of people initially believed Salle to be was a 17-year-old talented singer who came from a poor background but was very talented and could sing.

Well, a few days after she went viral and got reposted by a lot of celebrities on social media, she made a video showing her transformation. The transformation looked so incredible that some people started saying that her story was too good to be true, and she was never a 17-year-old street hawker.

They said she was already doing well on her own and was under management, so her management used the video as a strategy.

Well, Salle has made a new post on her Instagram where she talked about how she received both positive and negative comments.

In the post, she said that some messages she received encouraged her, while some made her cry. 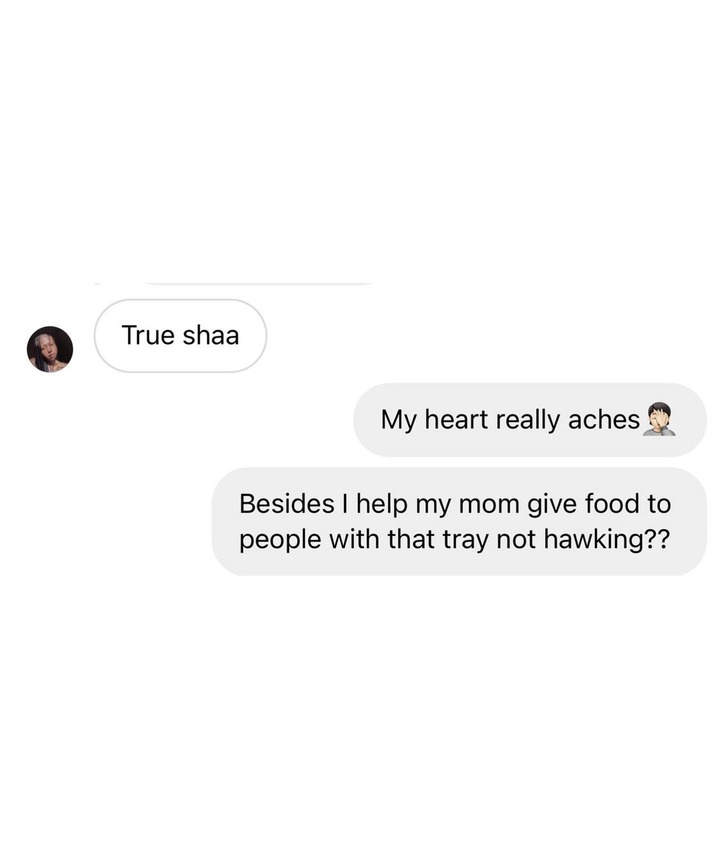 In addition to this, she posted a screenshot of her chat with someone. She told the person that she was never a hawker as the tray on her hand was never used for hawking.

She added that the tray was only used to help her mom give food to people.

This means that there has been a twist somewhere in the story, and people have been changing the narratives.