By YxngLegend (self media writer) | 11 months ago

Fast rising Nigerian music artiste, Daniel Benson who is popularly known as Buju has likened himself to N'golo Kante, the young musical artistes made a post on his twitter page in which he referred to himself as the N'golo Kante of music.

N'golo Kante is a midfielder for France and Chelsea Football Club, he is well known for his work rate on the football pitch, Buju seem to believe he also possess an impeccable work rate when making music. 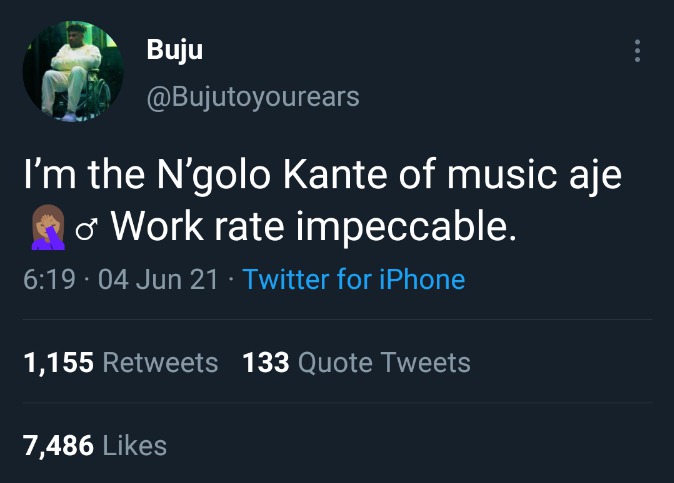 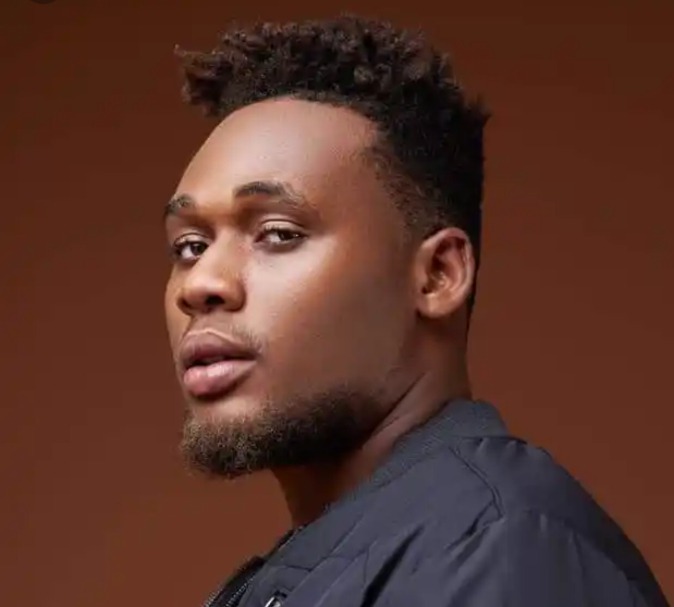 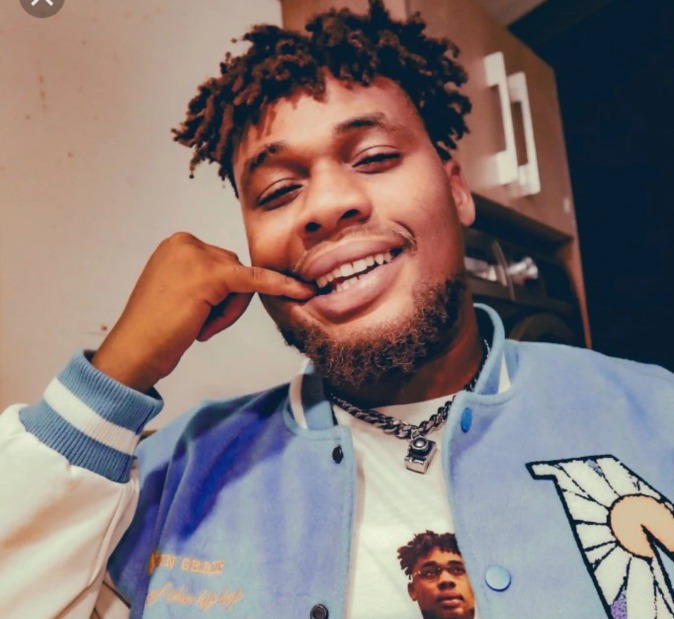 Recently, Buju has been releasing hit songs, he was featured by Ladipoe on a song titled "Feeling", this song is currently occupying the number one position on Apple Music Chart in Nigeria. Buju also released his own song which is titled "Outside", his own song is currently occupying the number four position. Perhaps, this is what made Buju likened his work rate to that of N'golo Kante. 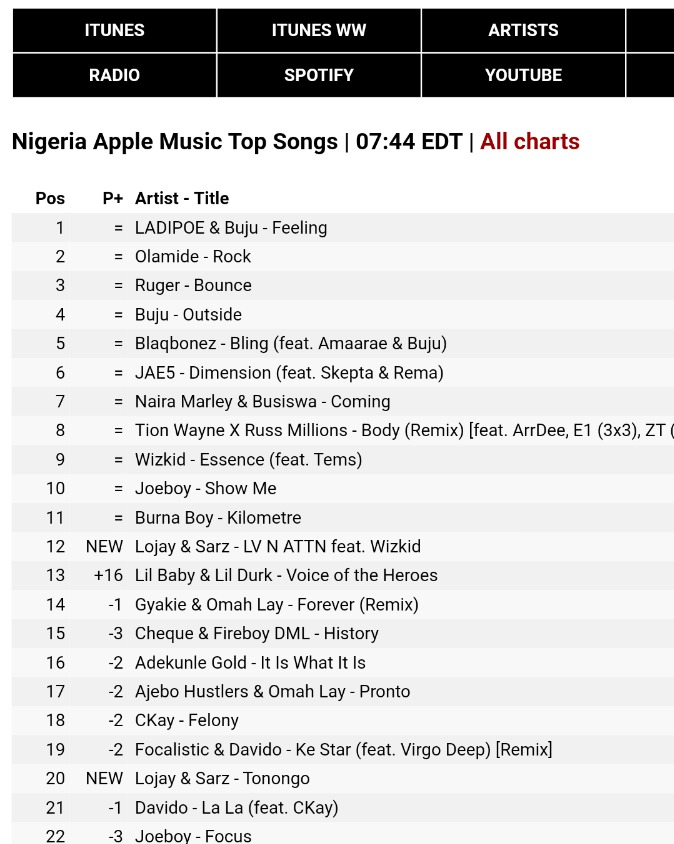 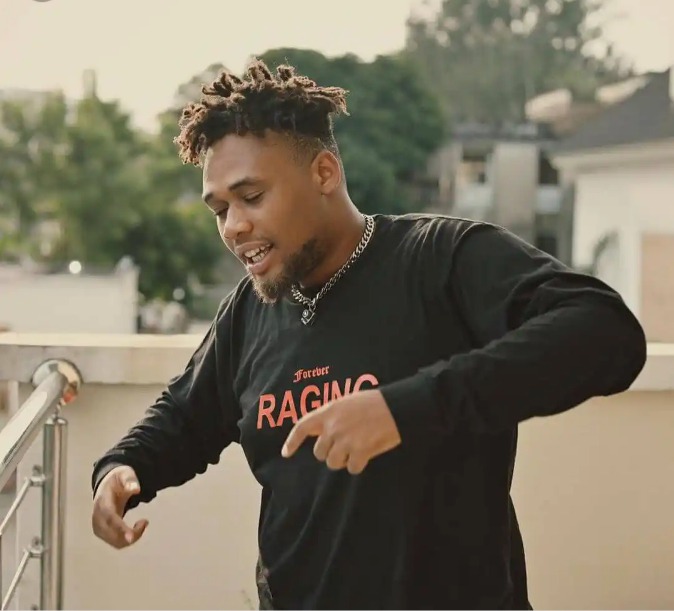 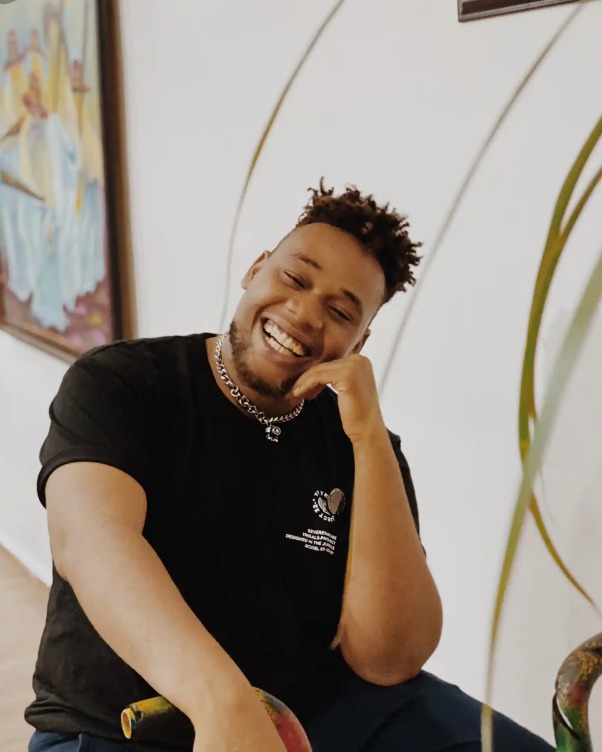 Buju's post generated reactions from people on twitter, while some people agreed with what he said, others were of the opinion that he should focus on releasing more hit songs. 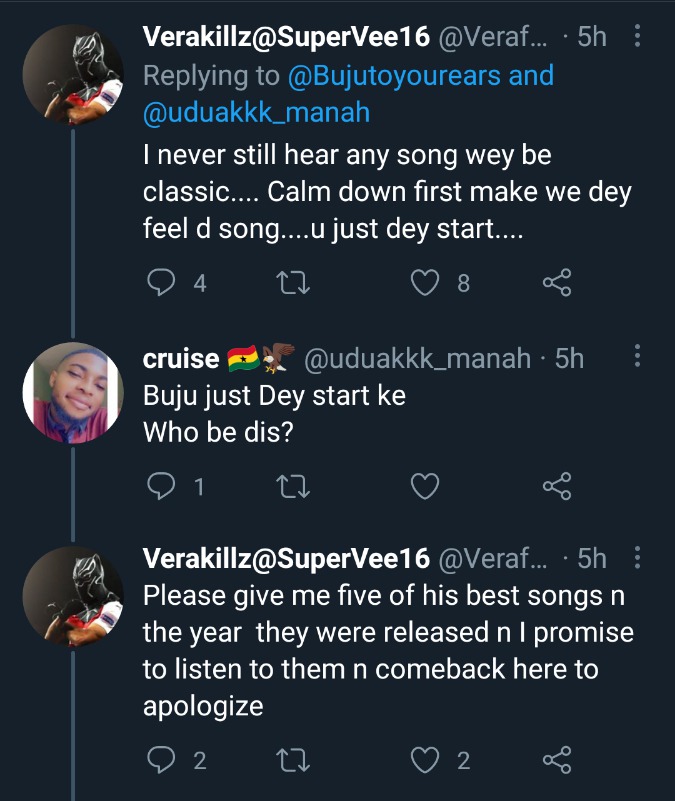 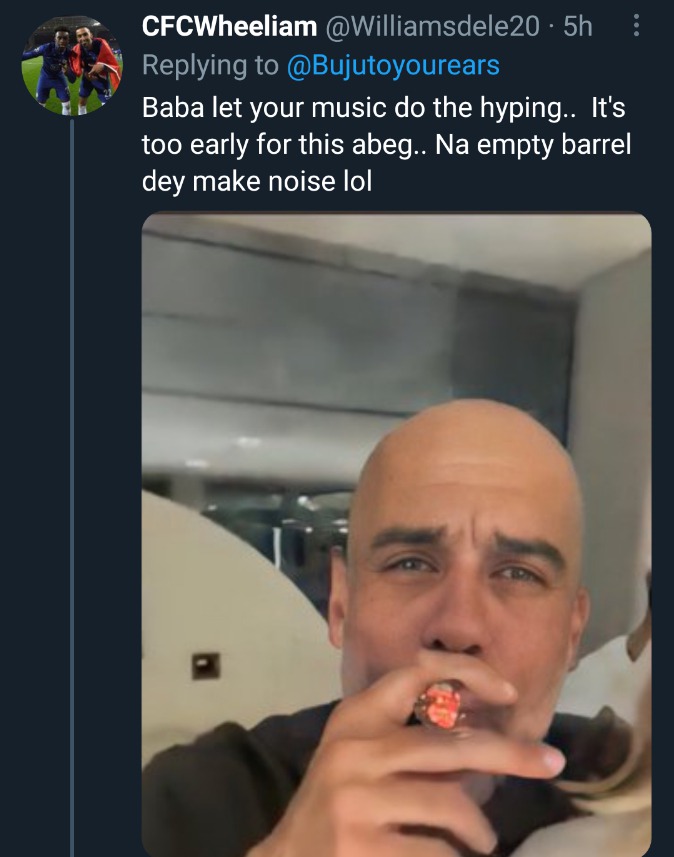 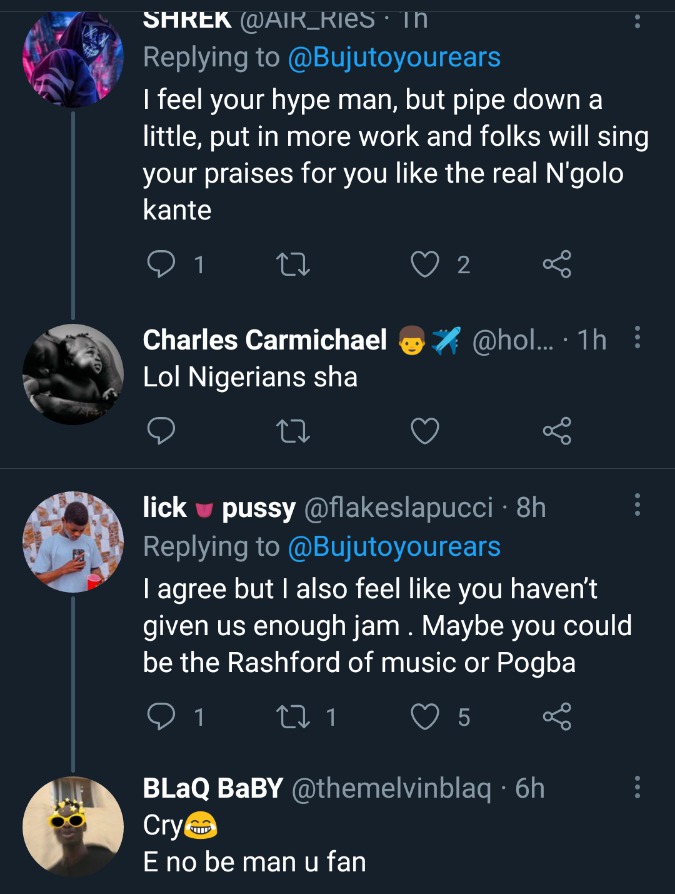 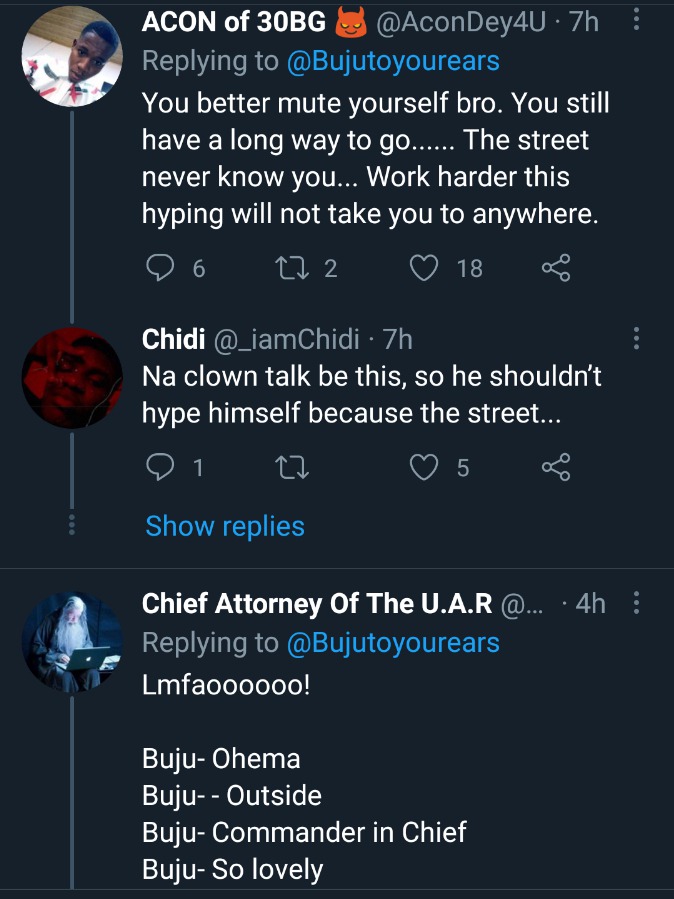 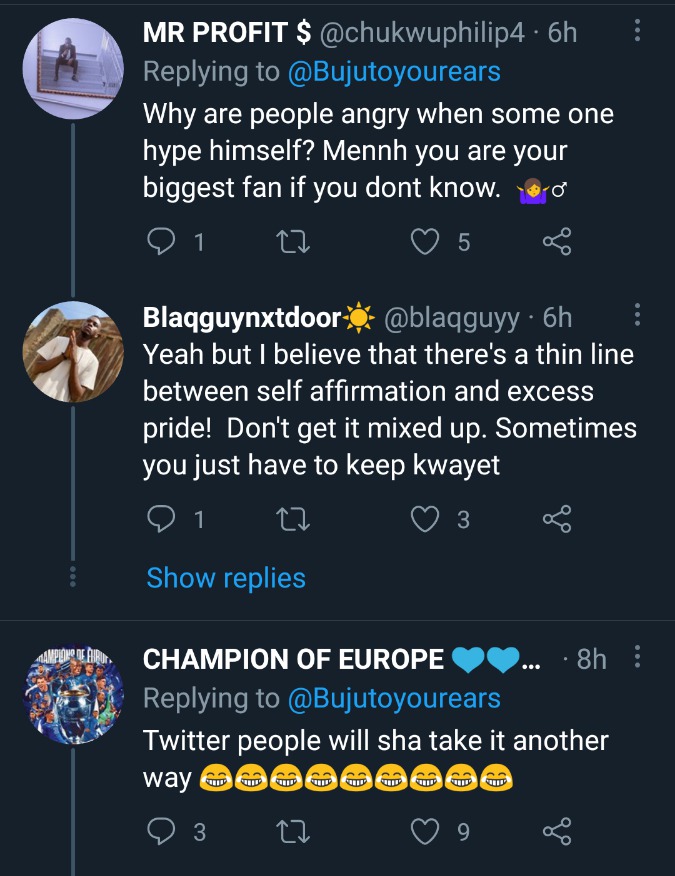 Tell us your opinion about this in the comment section.

Content created and supplied by: YxngLegend (via Opera News )