Death Battle Between Superman And Shazam, Who Will Win 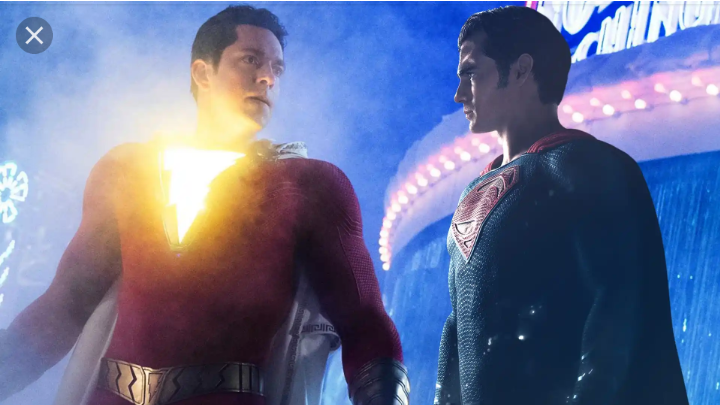 Superman was born on the planet Krypton and was given the name Kal-El at birth. As a baby, his parents sent him to Earth in a small spaceship moments before Krypton was destroyed in a natural cataclysm.

Yes, it's Superman – strange visitor from another planet who came to Earth with powers and abilities far beyond those of mortal men. Superman – defender of law and order, champion of equal rights, valiant, courageous fighter against the forces of hate and prejudice who, disguised as Clark Kent, mild-mannered reporter for a great metropolitan newspaper, fights a never-ending battle for truth, justice and the American way."

Superman possesses a super human strength more powerful than a locomotive! Able to leap tall buildings at a single bound, yes he

Superman can fly at great speeds. Faster than a speeding bullet

He can break the sound barrier,

Superman can project and perceive X-rays via his eyes, which allows him to see through objects. Certain materials such as lead can block his X-ray vision.

Superman can project beams of heat from his eyes which are hot enough to melt steel. By applying his X-ray vision at its highest intensity. In later stories, this ability is simply called "heat vision".

Superman can hear sounds that are too faint for a human to hear, and at frequencies outside the human hearing range.

Superman possesses superhuman breath, which enables him to inhale or blow huge amounts of air, as well as holding his breath indefinitely to remain underwater or space without adverse effects. He has a significant focus of his breath's intensity to the point of freezing targets by blowing on them. The "freezing breath" 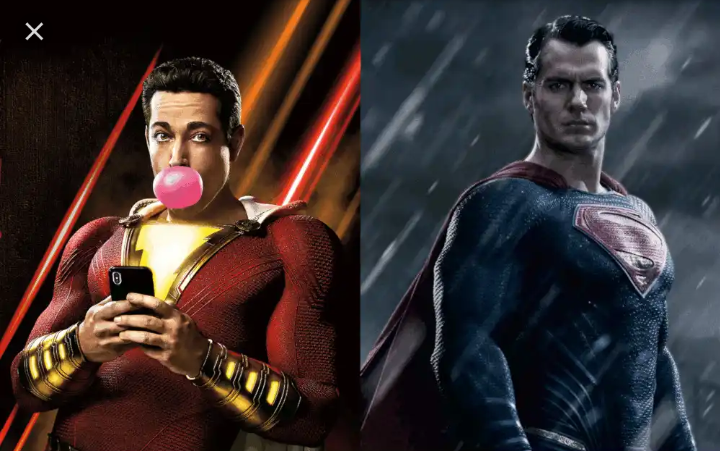 Billy Batson, an orphaned 12-year-old boy who, by speaking the name of the ancient wizard Shazam, is struck by a magic lightning bolt and transformed into the adult superhero Captain Marvel. Shazam's name was an acronym derived from the six immortal elders who grant Captain Marvel his superpowers: Solomon, Hercules, Atlas, Zeus, Achilles, and Mercury.

S for wisdom of Solomon

Billy has instant access to a vast amount of scholarly knowledge. He possesses excellent mental acuity and nearly infallible wisdom, including an innate understanding of virtually all known languages and sciences, and has a photographic memory and perfect recall, being able to retain full knowledge of all he experiences with perfect clarity. From this, he can read and decipher any coding, solve long mathematical equations instantaneously, and make intuitive guesses based on limited data, which are almost always correct. He also has a great understanding of divine phenomena in the mortal world, an uncanny awareness of his circumstances akin to clairvoyance that lets him turn disadvantages into advantages, and can provide counselling and advice in times of need. In some stories, this power also gives him the ability to hypnotize people.

H for the strength of Hercules

The might of Hercules grants superhuman strength comparable to that of the legendary demigod, making him one of DC Comics' strongest characters. He is able to easily bend steel in his bare hands, do the work of several laborers in a fraction of the time, produce powerful shockwaves by clapping his hands, punch through nearly any structure, and lift and toss massive objects. This strength has been compared to that of Superman and other godlike characters.

A for the stamina of Atlas

Using Atlas ' stamina grants near-limitless resilience. He never feels fatigued or tired and as such does not require rest or sleep. His durability lets him withstand most types of extreme physical assaults with little to no harm. Also, any physical harm he does sustain heals in seconds without any discomfort or lingering signs of the harm. He has a supernaturally-endowed

metabolism far beyond the normal realm of human physical activities, doesn't require nourishment or even air (although he can partake of them for personal enjoyment), and he can even survive unaided in space. Sustained by the magical energies coursing through his body, Billy's empowered form never ages, making him biologically immortal and he can potentially live forever with no decline in performance so long as he remains in that form, although his normal self will continue to age.

Z for power of Zeus

Zeus' power, besides fueling the magic thunderbolt that transforms Captain Marvel/Shazam, also greatly enhances Captain Marvel/Shazam's other physical and mental abilities, including his five senses, and grants him resistance against all magic spells and attacks. The hero can use the lightning bolt as a weapon by dodging it and allowing it to strike an opponent or other target.

The magic lightning has several uses, such as creating apparatus, restoring damage done to the hero, and providing fuel for magic spells. It allows him to travel to the Rock of Eternity, thus allowing interdimensional and time travel. The current-continuity version of Shazam is able to use his lightning powers to absorb lightning and electricity, as well as conjure and generate lightning, which he can control for various uses, such as shooting energy bolts and creating electrical force fields.

A for courage of Achilles

This aspect is mostly psychological and spiritual in nature. The courage of Achilles confers the mental fortitude of the legendary Greek hero, which gives him superhuman levels of inner strength, willpower, discipline, and resolve from which to draw upon in times of hopelessness. He is constantly supported by a harmonious sense of good will and unflinching courage and he never backs down from a challenge or feels any debilitating amount of fear or despair, even in the face of the most intimidating of opponents. In some stories, it also gives him fighting skills. It also aids the hero's mental fortitude against telepathy, mind control, and other mental attacks. In some stories, being powered by Achilles also provided Billy with the hero's near-invulnerability.

M for the speed of Mercury

By channeling Mercury 's speed, Captain Marvel/Shazam can move at superhuman speeds comparable to the Flash and fly at supersonic speed. He is able to move faster than the speed of sound. 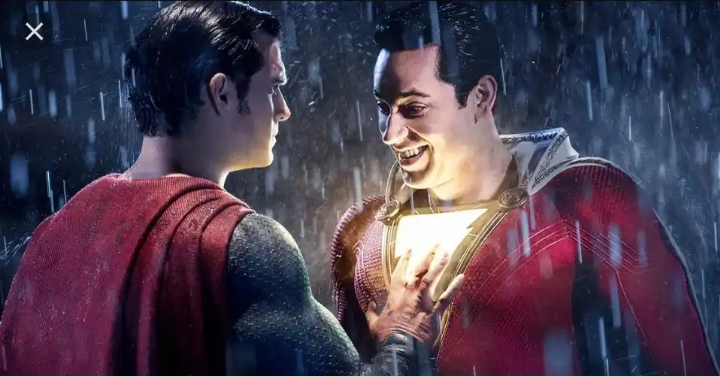 Dc fans what do you say, who will be the winner

Content created and supplied by: Sav. (via Opera News )