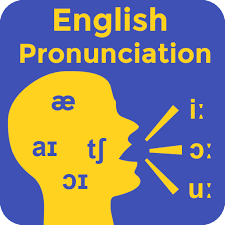 English spelling and pronunciation can be said to have a complicated relationship. It’s normal to not be able to derive the pronunciation of a word from the spelling. Although there are a lot of useful rules which can allow you to make an educated guess, there is definitely no guarantee that the actual pronunciation will follow these rules. Also, some words most often might be an exception to these rules.

Its normal for the spelling ‘mb’ at the end of a word to correspond to /m/ while pronouncing them, a few examples include lamb, climb, bomb, plumb, limb etc. But the word tomb is an exception to this rule, this word is pronounced as “toom” instead.

I’ve often heard people say “hyperbole” in the exact way as it is written, “hi-per-bole”. The correct pronunciation of this word is different however as it is actually pronounced “hi-pur-buh-lee”

This word is very popular, especially after the advent of the popular tv show ‘money heist’. This word is pronounced as ‘haist’.

Pronouncing this word as ‘john-ruh’ will actually get you pretty close. The first consonant is not really pronounced with a ‘j’ sound however, as there should be the presence of an ‘sh’ sound in there too and so the word is pronounced as ‘dzsh-awn-ruh’

This word is not actually pronounced as “jen-yoo” as most people often do, instead the correct pronunciation is “jen-yoo-in”.

Ok, some people pronounce this word as ‘rooter’, perhaps because ‘route’ is pronounced as ‘root’. The correct pronunciation of this word is “rowter”.

More often, this word is pronounced ‘row-ar’ by most people but the correct pronunciation is ‘raw’ sounds more like raw. Americans often pronounce the word as ‘rawr’ however, seemingly to distinguish it from the word ‘raw’.

This word is pronounced as “peetsa” both in British and American English.

Scientists and Agriculturists should be more familiar with this word. However, contrary to some who pronounce this word as ‘pee-sis’ or ‘pai-sis’, this word is actually pronounced “py-seez”.

How many of these words can you pronounce correctly? Share with us in the comment section below.