Lizzy Anjorin and her marriage to Lateef Lawal.

By Ezewuobaro (self media writer) | 2 years ago

Recently, she has been tied in the web of controversy concerning her recent marriage to Lateef Lawal who allegedly abadoned some other five wives and children including a 3 month old to marry the actress.

There have been various reactions on different social media platforms concerning the marriage of the actress to her heartrob.

Mainwhile, Lizzy Anjorin has affirmed her wedding to Lateef and seems not to be bothered at the moment about the uproar on social media.

Do you think she knew and continued with the marriage?

Did she do anything wrong by marrying her heartrob?

Well, we wait for the happenings in the days to come. 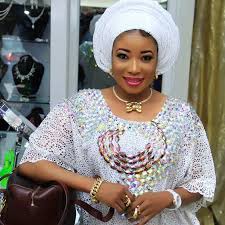 Content created and supplied by: Ezewuobaro (via Opera News )