How Game of Thrones Should Have Ended

By Fit-neclueus (self media writer) | 2 years ago

Hello everyone! My parents recently decided that I am finally old enough to watch Game of Thrones, so I have spent the last few weeks binge watching all 8 seasons (with them). I will say that I was disappointed with season 8 of Game of Thrones (and I am definitely not alone in that opinion). My parents and I have discussed the story for hours on end over dinner, and we all agree that what happened stinks. I decided to write an article with some other potential endings that I think might have worked better (all of the endings I am listing are my own and hold no weight in regards to the actual Game of Thrones story). 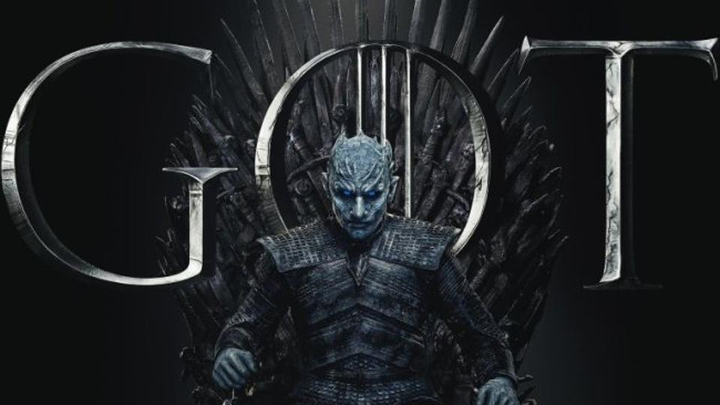 Personally, I would have been quite satisfied with the army of the dead winning over the course of season 8, and the Night King winding up on the iron throne. That is an ending that none of us would expect, and it would give the writers a chance to flesh out the mystery behind the Night King, White Walkers, and the army of the dead. I feel that GOT S8's biggest problem was the loose ends it left untied. Up until the later seasons (when they were following the books), GOT made a point of neatly and eloquently tying all of the plot points (however small). I think the best way to surprise everyone and flesh out the unanswered questions would be to give viewers more insight to the Night King, making us understand his background and his motives. Another idea I had was to have the Night King veer from his expected course. I thought of two variations to do this. The first of these is to have the Night King realize that Winterfell is expecting him, and rather than march there and fight two dragons and an army that has been preparing for him, he marches his undead army south to Kings' Landing. It would make sense to do this. None of the southerners are expecting the army, and once the Night King kills the millions of people in and around Kings' Landing, his army is even bigger at less of a cost (due to the little amount of Dragon Glass and Valyrian Steel that the southern armies possess). On top of this, it develops the Night King to be a smart tactician rather than just a zombie. It also creates a natural way to eliminate Cersei as an antagonist which viewers do not expect. This means that the final fight is the Night King rather than Cersei. Plus, they get to kill off millions of innocent men, women, and children (which they seemed to be set on doing no matter the effect on the plot). This way is just more realistic, and allows for stronger character development of Dany and Jon (since they are not becoming the complete opposite of what the last 7 seasons have been building them to be). Also, this plot line would allow them to have Bran explain the Night King's history and motives.

This is quite similar to the last version, the only difference being the Night King sends several thousand undead and a few White Walkers to Winterfell while he escorts the bulk of his army south. They could do a deceptive battle at Winterfell in which they defeat the army but realize the Night King has other intentions. It also references when Rob sent 2,000 of his troops against Tywin in the Riverlands as a diversion while he used his remaining 18,000 to defend Riverrun from Jaimie Lannister. This was a smart move that viewers admired back in the day. The Night King doing something similar would give the Night King weight as a tactician, allow for a deceptive battle (which they barely win), and allow for all of the nice things that came with the last idea.

My father and I were brainstorming, and we thought it would be cool if Jon Snow didn't tell Dany that he is a Targaryen. Instead, they should have had it so in the battle of Winterfell, Jon came to fight the Night King. Dany observes the fight from Drogon, and there comes a point where Jon seems to be about to lose (meaning the Night King will be free to move on Bran). Dany has an internal conflict about shooting at the two with Dragon fire in order to save humanity (but kill Jon in the process). She finally decides that humanity comes before her love for Jon and shoots the two. But, to her surprise, Jon is not killed by the dragon fire (revealing to Dany and the world that he is a Targaryen). If they so wish, they could still have the Night King live and have the plot continue as it was with Arya killing the Night King (though maybe with less of a slow and suspenseful walk, silent stare, sword draw), that was just the writers being lazy. In reality, the NK would have killed Bran as fast as possible. Arya killing the NK isn't as bad this time through because we've had character development (Dany deciding she needs to kill Jon for humanity and realizing Jon is a Targaryen), Jon actually did something (fight the NK until the NK presumed he was dead from Dragon fire), and on top of this, the writers could utilize one of the previous ideas to develop the plot more. Who Should End Up on the Iron Throne?

It seems kind of cliche, but if the living win, I think Jon should end up on the Iron Throne. If they are set on Bran, I feel like season 8 should focus on developing Bran as a character and showing us the extent of his power. This development could also tie into explaining the White Walkers and their motives. But, overall, I think Jon has the claim, and he has the morals. Also, if he made Tyrion his hand, I would shoot myself. That's all I have to say on the matter.

Season 8 of Game of Thrones was a mistake.

(Note) In order to encourage meaningful feedback on the platform, I will check comment trails of users who leave superficial comments (ie "Awesome post," or "Liked.")

Content created and supplied by: Fit-neclueus (via Opera News )