5 Reasons Why Whitemoney Should Consider Having A Relationship With Queen

By RealityWriter (self media writer) | 13 days ago

It is no longer news that Whitemoney emerged as the overall winner of the just concluded Big Brother Naija Season 6 "Shine Ya Eye" Reality Television Show. Throughout the period the Show lasted, WM never for once made mention of having a serious relationship outside when others made reference to the relationship they had before they entered Big Brother Naija House.

Meanwhile, when Whitemoney was in the BBNaija House, he had an intimate (not emotional kind) relationship with one of the female housemates called Queen. While some of the housemates were inconsistent and unstable in the friendship they created, Queen and Whitemoney remained true to themselves starting from when they initiated a conversation till when Queen was evicted before the final week of the Game. At a time, some of the viewers anticipated a relationship between Queen and Whitemoney because of how amazing they were together. In the course of their friendship, Queen started having emotional feelings for Whitemoney which she expressed to him in words and in actions. On the part of Whitemoney, he opened up to her that he was not sure of how he felt about her. He also added that he would not want to have any commitment with her while they were still in the Big Brother Naija Competition, adding that he needed time to figure himself out about her. 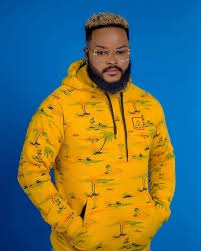 Having emerged as the winner of N90m worth money and other items, at this phase of his life, he needs a woman beside him to help him manage his wealth and also be there for him. He does not only need a woman but a good one who will augment him in all his plans. If Whitemoney did not have any serious relationship before opting in for the Game, he should consider having a relationship with Queen. I believe she will make a good mate because of the following reasons: 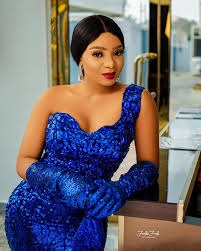 1. Queen is real. One of the things that any lady who would make a positive impact in the life of a man should possess is realness. Queen has the attribute of realness which she portrayed in the course of her closeness with Whitemoney. He sure need a lady like Queen in his life.

2. Queen is not after his money but his personality. Success is like sugar that attracts ants. It won't be strange to see most ladies make efforts to have Whitemoney in their lives, not because of his personality but because of his money. Interestingly, Queen is a direct opposite of such possibility. Whitemoney showcased himself to be someone from a humble family background. In spite of that, it didn't discourage Queen when she got attracted to him. She did not even have any assurance that Whitemoney would emerge the winner but she still stick by his side against all odds.

3. They have a good foundation of genuine friendship.

One of the things that makes any relationship successful is friendship. Indisputably, Whitemoney and Queen had a good foundation of friendship that can stand the test of time if they have a relationship together. There is nothing as good as having a relationship with one's true friend. Even if things want to fall apart, the friendship would keep them going.

4. Queen has true feelings for him. It is not every lady that claims to love a man that truly love him. They may just love what he has and not the man per se. Needless to say, Queen has shown that her feeling for Whitemoney is genuine. One of the qualities of true love is jealousy. Queen displayed that during the Show when Whitemoney was getting close to other female housemates in the Big Brother House.

5. Queen is supportive in nature. Queen is a kind of lady that would go to any length to support and defend her man against any external forces. We saw how she stood for Whitemoney against Pere when they had an altercation. A man having a lady who will fight side by side by him is a rare blessing.

From the above points, Whitemoney will have more to gain than to lose if he consider starting a serious relationship with Queen.

2 Solid Reasons Why You Shouldn't Date A Married Person

3 Tips For A Successful Weight Loss