Video: A Group Of Aggrieved Black Women Allegedly Beat Up Hollywood Airport Staff For Delaying Them

Black American ladies are really becoming a handful this days, they get on the internet for various wrong reasons. Fighting at the airports seems to be their hobby lately. I find it repulsive when ladies, who are supposed to comport themselves in an orderly manner begins to behave as touts, in a civilized society. They fight themselves at will and fight anyone who dare challenges them at anytime. I saw a video some days ago, of how another group of black girls beat up a white lady and her white boyfriend at the airport, over some fracas they had between themselves on the flight.

When women who are supposed to behave well in public resort to thuggery style of behaviour, then it would be right to say that they deserve all they get from the white folks. Hardly do you see whites behavior in an unruly manner in public A staff of an airline at Hollywood International Airport was attacked and beaten by a group of 4 black women, simply because they got to the airport late for their flight and they want to just go in without doing the needful, the staff (a white lady) prevented them form boarding, they got offended as announcement came that their flight was already leaving, they started complaining and saying they would sue the airline. 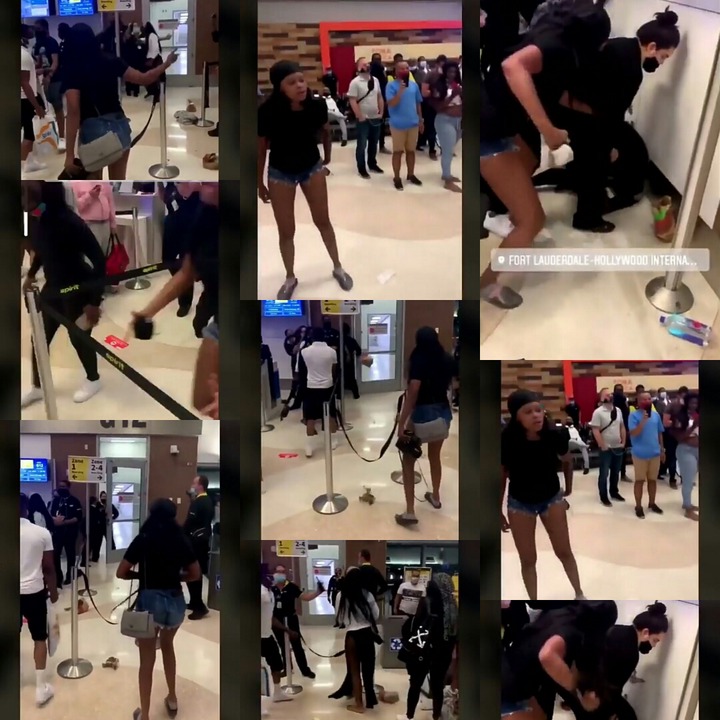 While they were still talking and shouting, out of anger they began throwing any object they could lay their hands on at the said white staff of the airline, all of a sudden one of them broke through the barricade and went straight to the staff, other staff tried preventing them from beating their colleague but that didn't yield much result, as they were already in and had started punching the lady even when her colleague was trying to cover her while on the ground, they kept on beating her, until a reenforcement from the airline came That was able to overpower them. What would you have done if you had been at this airport?