20 Hollywood Celebrities Who Are Nigerians

By ChiVeraMedia (self meida writer) | 25 days 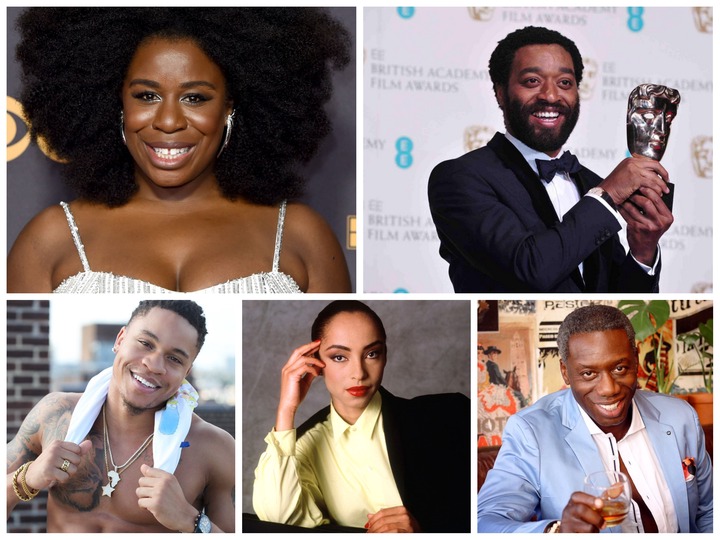 It's no longer news that Nigerians are super talented and have the tendency of succeeding even where others couldn't!

This tenacity of Nigerians has put them in high positions in different countries in the world and their accomplishments are endless!

In Hollywood, there are hundreds of Nigerians who have worked their ways to the top in different entertainment fields. These talented and exceptional stars have gone against all odds and come out victorious, thereby lifting the Nigerian flag higher and putting the country in the world Entertainment map!

Below are 20 popular and successful Hollywood celebrities who are Nigerians! 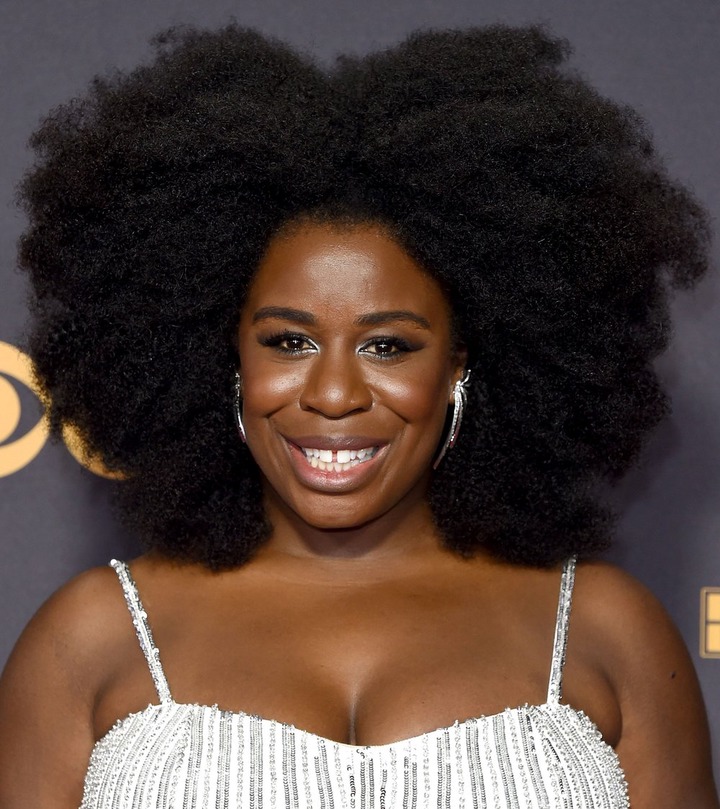 Popular award-winning actress, Uzo Aduba is considered one of the most popular Nigerians in Hollywood!

The talented actress who was born in Boston, United States to Nigerian parents is popularly known for her role as 'Suzanne "Crazy Eyes" Warren' in the award-winning TV series, 'Orange is the New Black'. For her outstanding role in the show, she won 2 Emmy Awards, 2 Screen Actors Guild Awards, Critic Choice Television Award and several others. She has also starred in other movies and series like 'Showing Roots' 'Miss Virginia' and 'Mrs. America'. 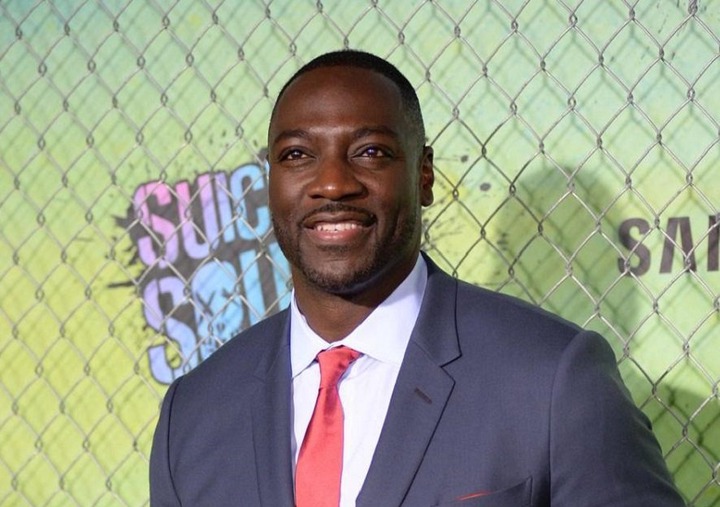 Fans of the popular TV series 'Lost' will definitely know talented actor, Adewale Akinnuoye - Agbaje who played the role of 'Mr. Eko' in the show.

Adewale is a British-Nigerian actor, director and former fashion model who was born in Washington DC to Nigerian parents of Yoruba origin. Some popular movies he has starred in includes: 'Suicide Squad', 'The Fix', 'The Bourne Identity', and even guest featured in the fifth season of 'Game of Thrones'. 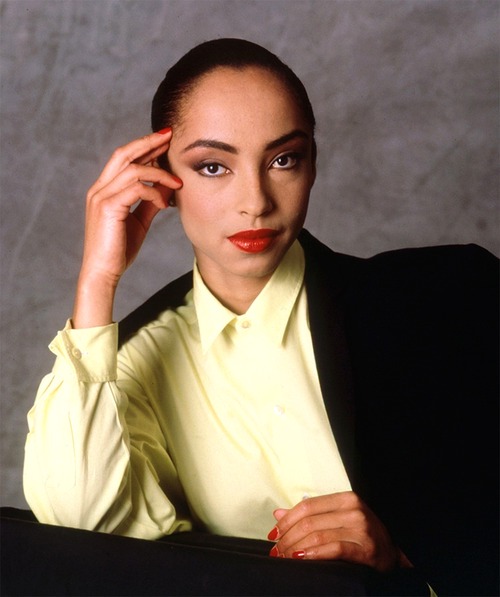 Nigerian-British singer and songwriter, Helen Folasade Adu, professionally known as 'Sade Adu' is considered one of the most successful British female artistes in contemporary music history!

Sade was born in Ibadan, but relocated to England with her family at the age of 4. One of her albums, 'Diamond Life' is the best-selling albums of the 80's, and the best-selling debut by a British female vocalist. She released other successful albums like, 'Promise', 'Love Deluxe', 'Lovers Rock' and 'Soldier of Love'. In 2002, she was appointed 'Officer of the Order of the British Empire' for her services to music. 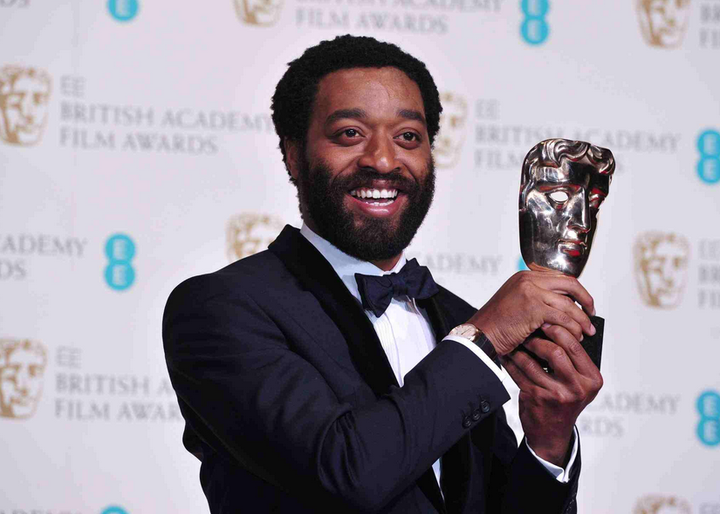 One simply can't talk about Hollywood stars who are Nigerians without mentioning the talented actor, Chiwetel Ejiofor!

Chiwetel who was born in London to Nigerian parents has starred in numerous popular and award-winning movies like, '12 Years A Slave', 'Sherlock Gnomes', 'Doctor Strange', 'Half of A Yellow Sun' and 'The Man Who Harnessed the Wind'. He has an Academy Award and 2 Golden Globe Awards to his name and was appointed 'Officer of the Order of the British Empire' (OBE) by Queen Elizabeth II for his services to arts in the country. 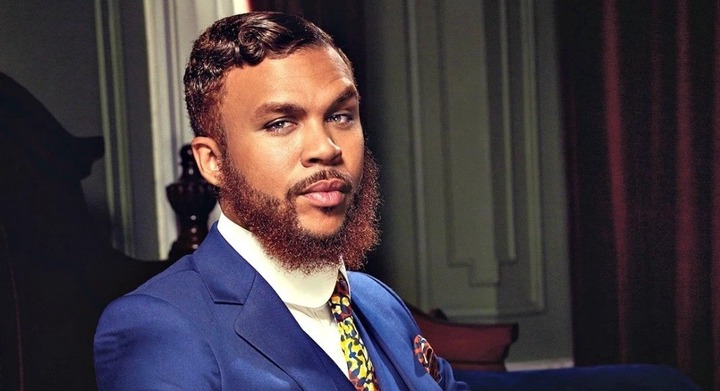 Popular and award-winning singer, Jidenna Theodore Mobisson, simply known as 'Jidenna' has made a huge mark in the movie industry with his amazing music talent.

The talented Nigerian-American rapper, singer, songwriter from Imo State partially grew up in Nigeria but later relocated to the United States with his family at age 6. His Grammy nominated song, 'Classic Man' is still considered one of the best singles released in 2015. He has also released successfully released albums like: 'Boomerang', 'The Chief', and '85 to Africa'. 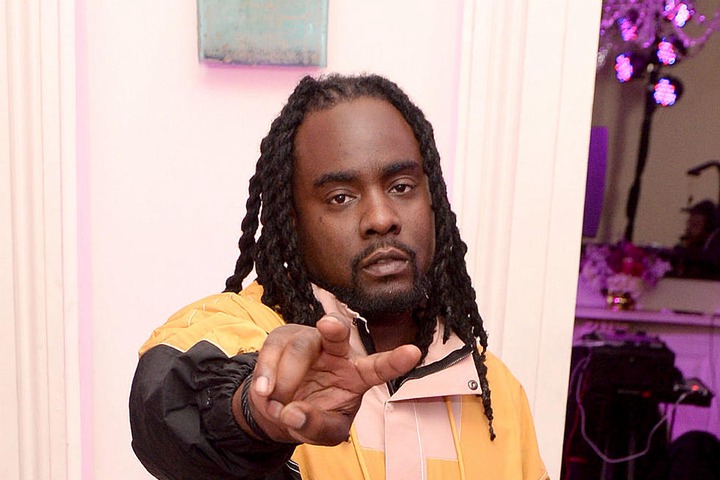 Wale first rose to prominence in 2006, when his song "Dig Dug" became popular in his hometown, and in June 2013 when he released his third Studio Album "The Gifted", he quickly became a household name ofter it debuted number one on Billboard 200. He has released numerous singles and other studio albums like: 'The Album About Nothing', 'Wow... that's crazy', and has worked with popular Nigerian artistes like, Davido, Wizkid, and Olamide. 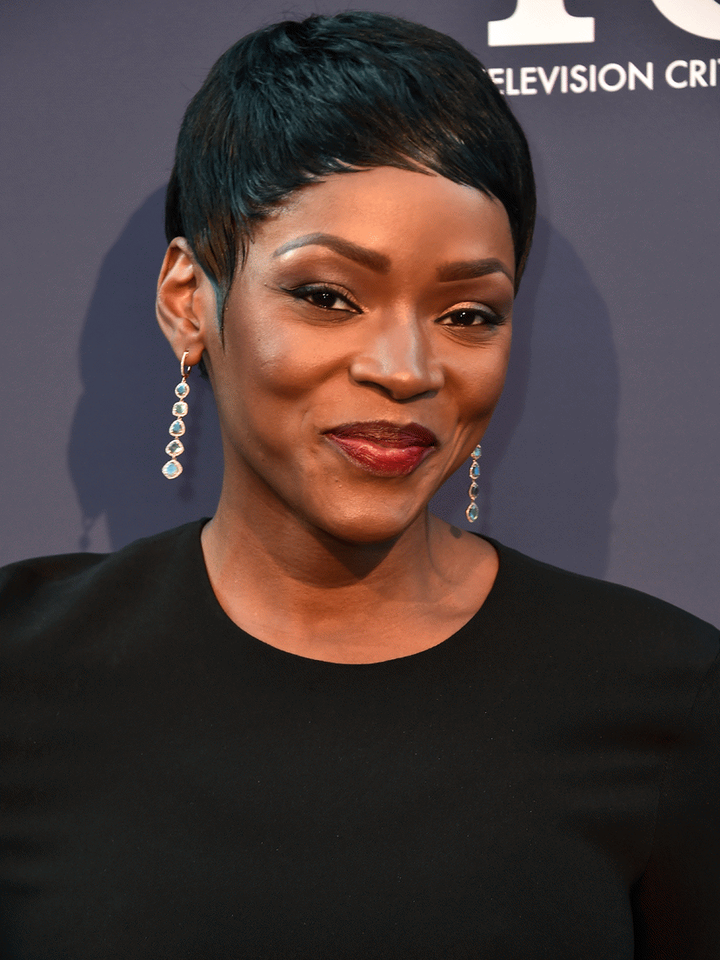 Caroline Chikezie is a Hollywood actress born in London, United Kingdom to Nigerian parents but was was sent back to Nigeria to attend boarding school when she was a teenager.

The actress who wanted to pursue an acting career didn't get support from her parents, but she insisted on becoming an actress over working at her father's hospital in Nigeria. She later succeeded in pursuing an acting career and has starred in movies and TV series like, 'Torchwood', 'Casualty', 'Cyber Woman', 'Supernatural' and 'The Passage'. 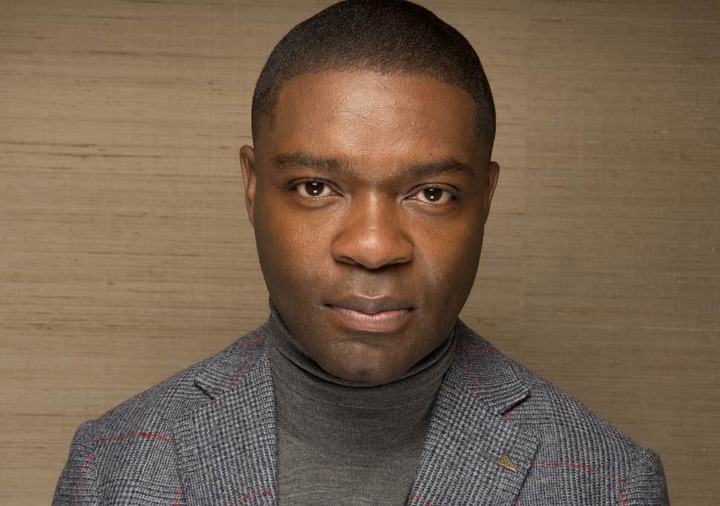 Popular actor and producer, David Oyelowo was born in England to Nigerian parents and has made a huge mark in Hollywood!

The talented actor who is mostly known for his role as 'Martin Luther King Jr.' in the movie, 'Selma' has received numerous awards like, 'NAACP Image Award', 'Golden Globe Award', 'Critics' Choice Award' and several others. He has also starred in other popular movies like, 'The Butler', 'Les Misérables' and 'Rise of the Planets of the Apes'. 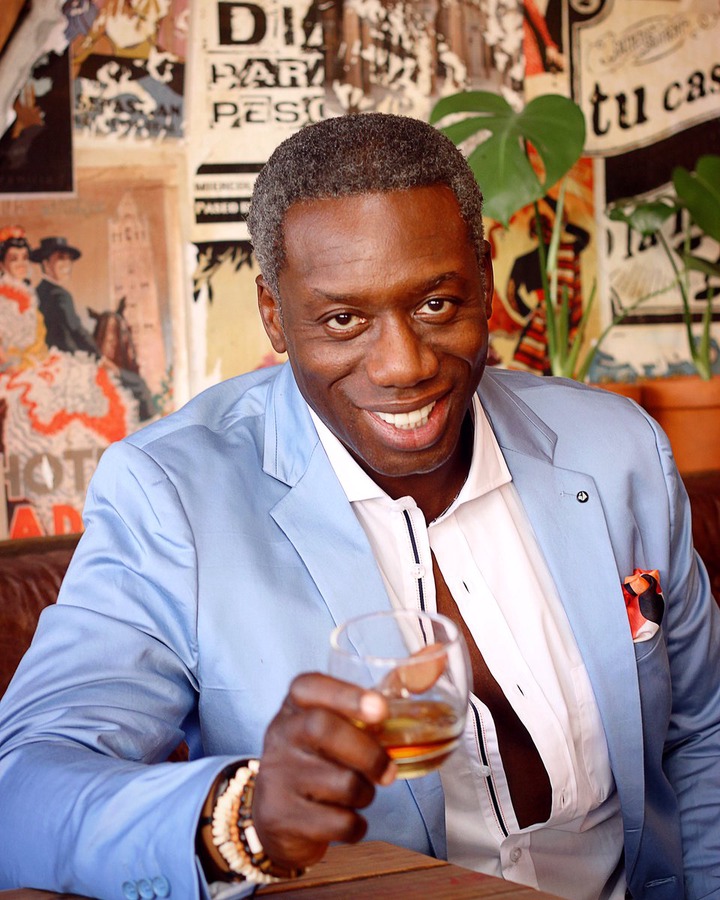 Hakeem Kae-Kazim is a British-Nigerian actor born in Lagos State, Nigeria where he spent most of his childhood before relocating to London with his family.

Hakeem is best known for his roles in the popular TV series, 'Starz' and 'Black Sails' for which he received positive feedbacks from critics. He has also starred in popular movies like 'Hotel Rwanda', 'X-Men Origin: Wolverine', 'Gotham' and several others. 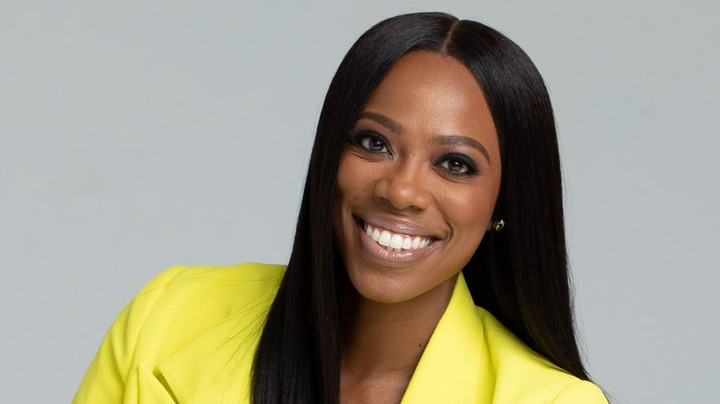 Yvonne Orji is an American actress and comedian born in Rivers State, Nigeria to parents of Igbo Origin before moving to the United States.

Yvonne is popularly known for her role in the TV series, 'Insecure' for which she has been nominated for a primetime Emmy Award and three NAACP Image Awards. She has also starred in other popular TV series like 'Jane the Virgin' and 'Night School. 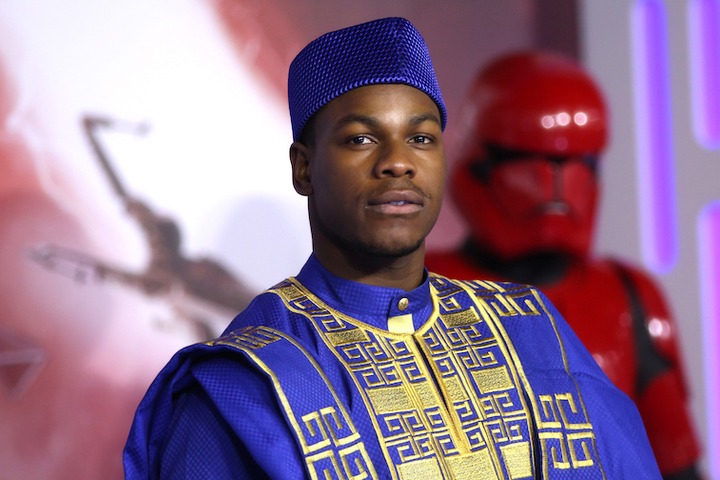 Popular actor and producer, John Adebayo B. Adegboyega professionally known as John Boyega is also a Nigerian who has made it big in Hollywood as a movie star!

The talented actor who is famous for his roles in popular movies, 'Star Wars: The Force Awakens', 'The Last Jedi', and 'The Rise of Skywalker' was born in London to Nigerian parents. He has won a couple of awards which includes a 'British Academy Film Award', 'Golden Globe Award' 'Empire Award', and 'Black Reel Award'. 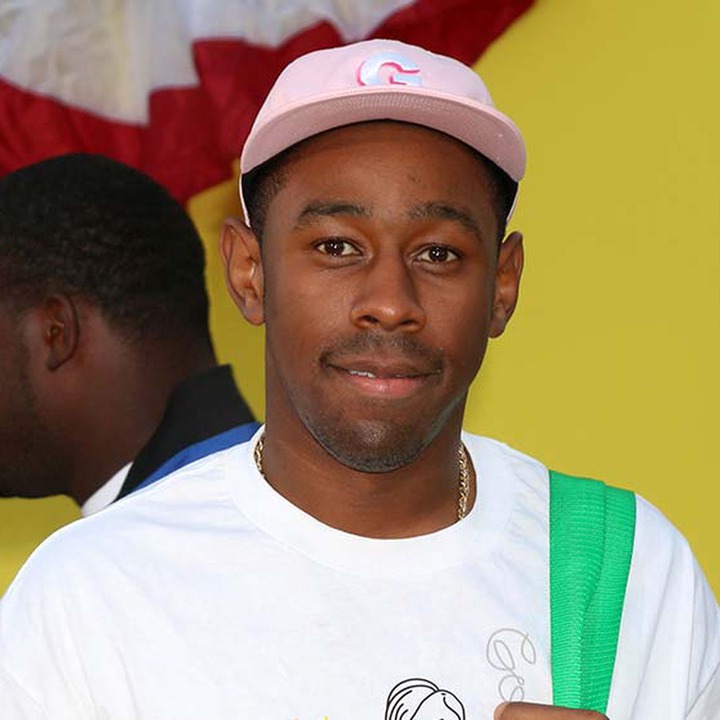 Popular American rapper and producer, Tyler the Creator was born to a Nigerian father and an African-American mother.

The talented star who has released several singles and albums like 'Goblin', 'Wolf', 'Cherry Bomb', and 'Igor' is a proud Grammy award winner! He has also won a 'BRIT Award', MTV video award and several others. 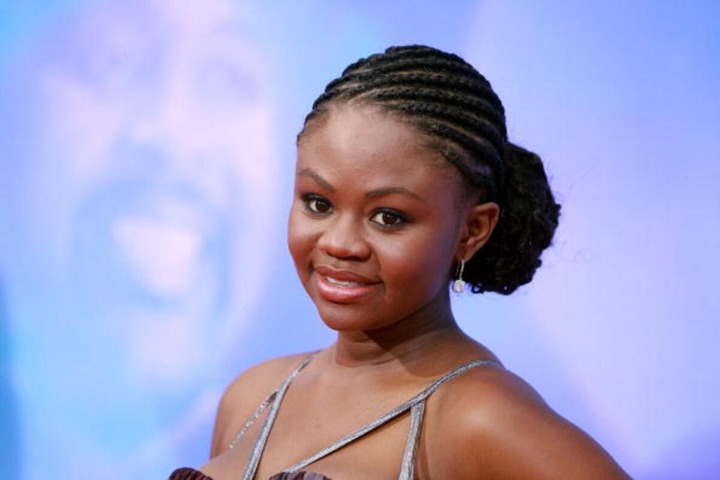 Hope Olaide Wilson is a talented Hollywood actress who has starred in popular movies and TV series like, 'The Last Ship', 'Solace' and 'Spencer Confidential'.

Hope was born in United Kingdom to Nigerian parents and has since been living there with her family. Apart from English, she also speaks Yoruba and French fluently. 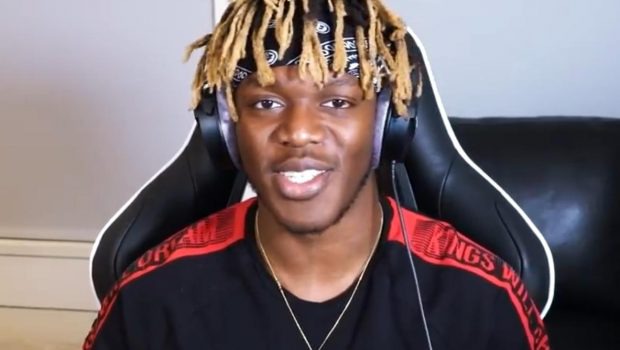 Olajide William Olatunji popularly known as KSI is currently one of the most popular and richest black YouTubers out there!

The internet personality who is also a boxer was born in Watford, United Kingdom to Nigerian parents, and is famous for his YouTube videos where he uploads game commentaries, vlogs and other interesting interesting contents. As of March 2021, he has over 34 million subscribers and over 8 billion video views across his two YouTube channels. 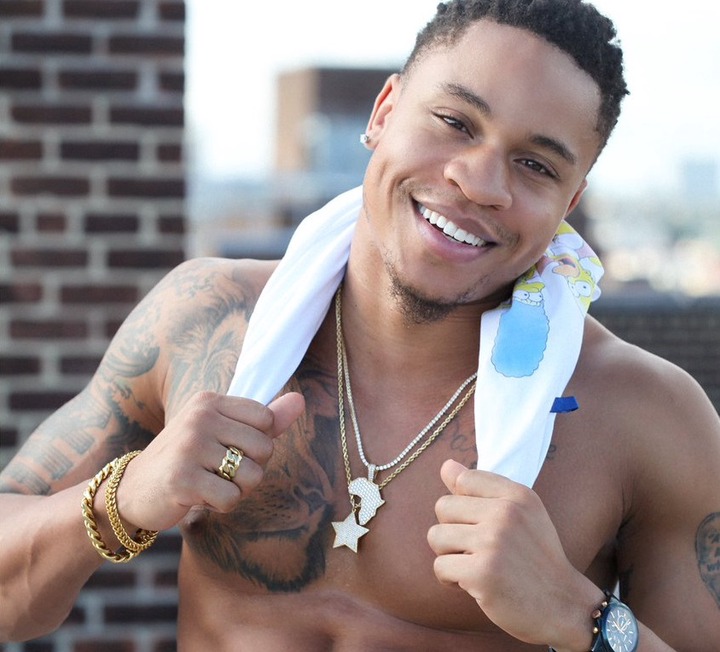 Olurotimi Akinosho, simply known as "Rotimi" is a Nigerian-american actor, singer and model born in Maplewood, New Jersey to a Yoruba father and an Igbo mother.

Apart from his music career, Rotimi is popularly known for playing the role of "Andre Coleman" in the TV series, 'Power' and has appeared in other series like 'Divergent', "Battle Creek', and the 2021 movie, 'Coming 2 America'. He's also a model and successful R&B singer and one of his hit songs, 'In my bed' ganered massive streams and airplays. Cynthia gained recognition in 2015 after starring in the Broadway revival of "The Colour Purple" for which she won the 2016 Tony Award for Best Actress in a Musical and the Grammy Award for Best Musical Theater Album. She also featured in award-winning movies, 'Widows' and 'Bad Times at the El Royale'. 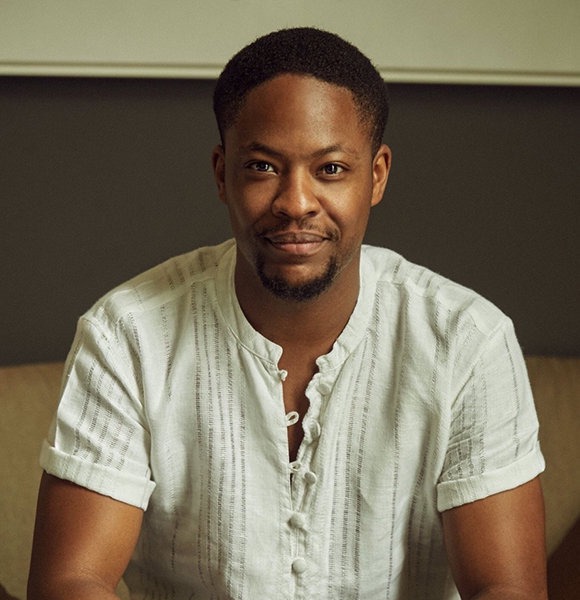 Babatunde Adetomiwa Stafford Edun, simply known as "Tomiwa Edun" is a Nigerian actor best known for his roles as 'Sir Elyan' in the popular TV series, 'Merlin'. He also played the role of 'Marcus Young' in the movie, 'Bates Motel'.

Tomiwa was born in Lagos State to a Nigerian father and half-Ghanaian, half-English mother but relocated to the United States at age 11. Apart from his roles in movies, he also performed motion capture and voiced the role of 'Alex Hunters' in the video game by EA Sports FIFA17, 18 and 19. 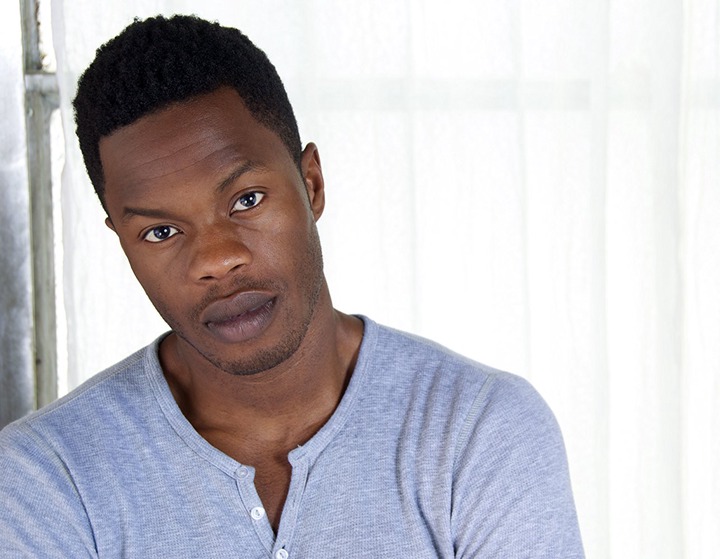 Sam Adegoke is a Nigerian-american actor popularly known for his role as 'Jeff Coulby' in the popular TV series, 'Dynasty'.

Jeff was born in Lagos State to Nigerian parents, missionary ministers who relocated to London when he was young. He has starred in other movies/series like 'Switched at Birth', 'Code Black', 'Brooklyn nine-nine' and 'NCIS: LA'. 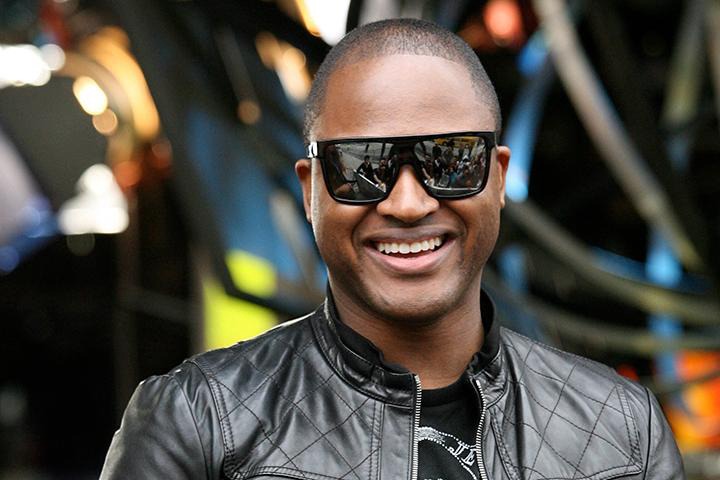 Popular singer and songwriter, Taio Cruz was born in London to a Nigerian father and a Brazilian mother.

Taio Cruz has released several successful albums like his 'Departure' album which achieved certified Gold status in the United Kingdom and also earned him a 'MOBO' award. His other albums includes, 'Rockstarr' and TY.O'. 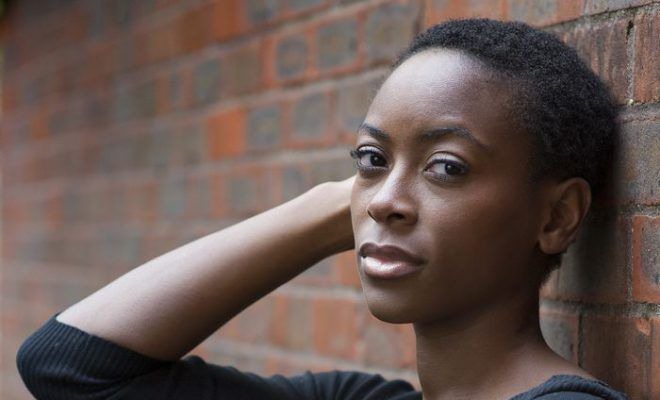 Tracy Iheachor is a British Nigerian television and theatre actress best known for playing the role of 'Aya Al-Rashid' in the popular vampire series, 'The Originals'.

Tracy was born in Plymouth, Devon, England to Nigerian parents and she attended the famous 'Raleigh School of Speech and Drama'. She has featured in other movies like 'The End of Time' and 'Doctor Who'.

These are 20 Nigerians who have made their marks in Hollywood, and has helped in putting Nigeria on the world entertainment map!

Mide Martins, Others Congratulate Yetunde Barnabas on the Announcement of Her White Wedding Date