By AllMedia24 (self meida writer) | 1 months 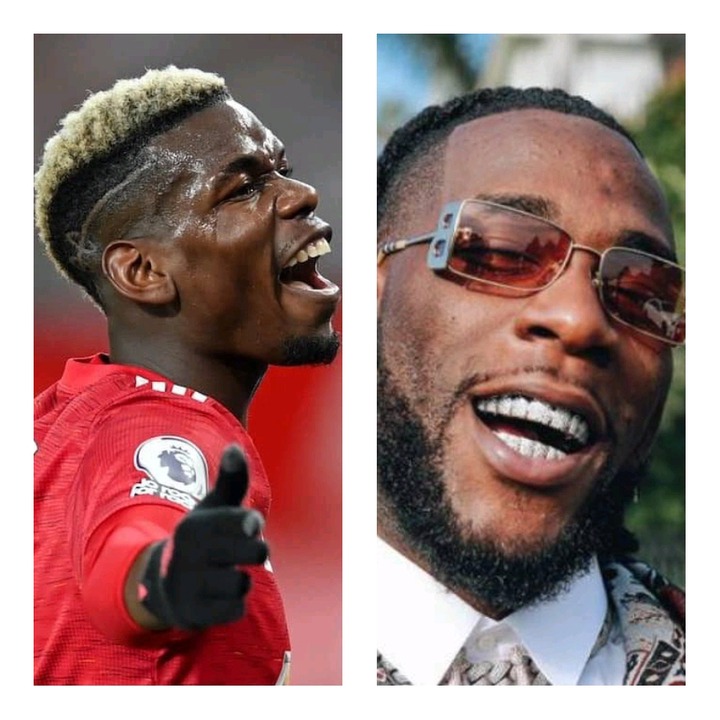 Manchester United star Paul Pogba has hit out at the Nigerian singer Burna Boy after he released his new song with Becky G titled Rotate. 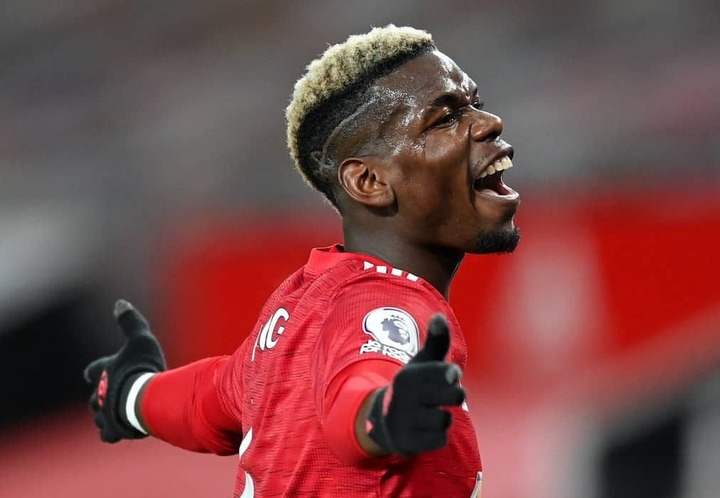 Paul Pogba said he heard Burna Boy in his Rotate song urging him to join the Pepsi Challenge to play his role in the #PepsiChallenge.

Pepsi Global announced by posting a video of Pogba talking about Burna Boy. 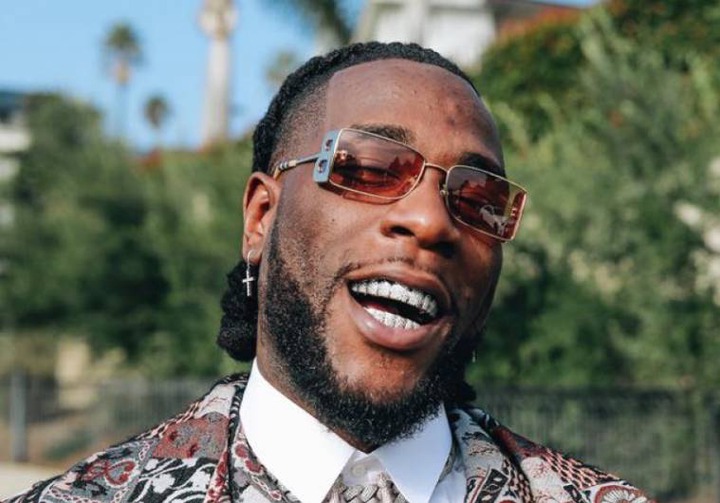 According to Pepsi Global; "So, @paulpogba has spoken, over to you @burnaboy 👀! @Pepsi_Naija are you ready for this?"

Burna Boy said he was coming soon and asked Pogba to give him a few hours to prepare. 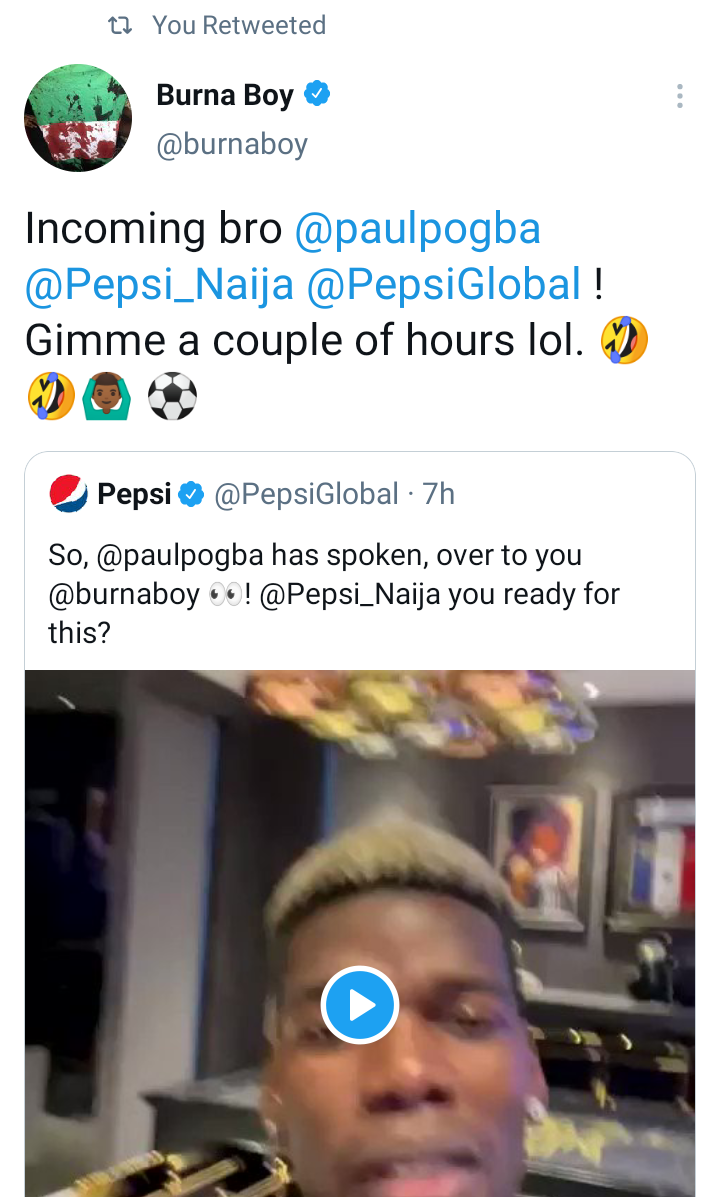 Burna Boy's relationship with Pogba started after the Pepsi Endorsement deal with Burna Boy and Pogba in this year's Champions League.

Shortly afterward, there was a response to his remarks.

Someone said Burna Boy was fighting CDQ, Obafemi Martins, and Davido, saying he didn't think he would have time.

According to him; "Burna is still fighting CDQ, Obafemi Martins and Davido you sure say en go get time so ???" 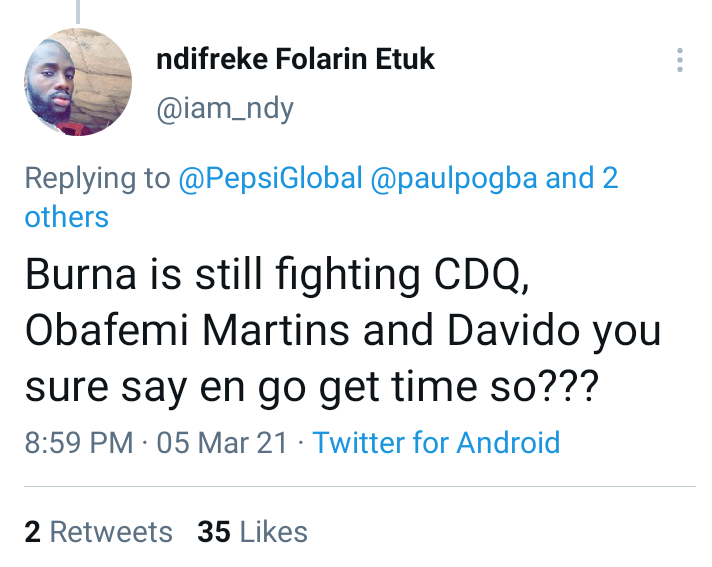 Another said Burna Boy was going to be the biggest figure in Africa.

He wrote; "@burnaboy could be the biggest export outta Africa."

According to his saying; "@paulpogba wan wear shoe wey no size am ... Africa giant coming for uuuuu" 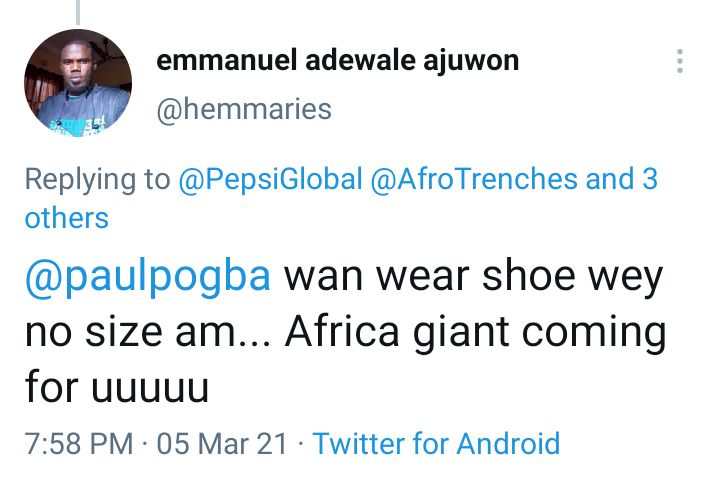 Another said he could not explain how much he wanted Paul Pogba despite being a fan of Liverpool. 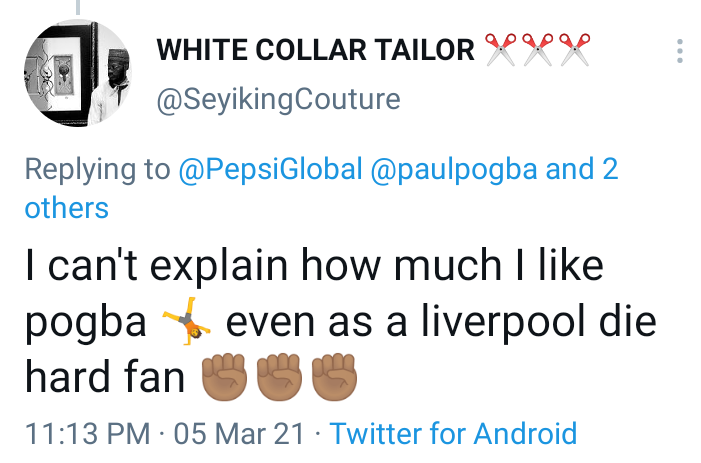 Someone said it was a surprise Pepsi Worldwide but has only 5,000 followers.

According to his saying; "But why a whole Pepsi go get only 5k followers" 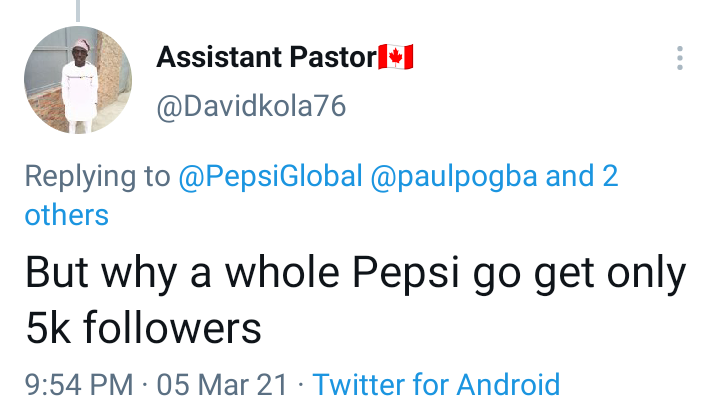 Watch the video of Pogba talking about Burna Boy HERE

Before the North, South, East And West Turn Bloody, Here Are 3 Things FG Can Do To Bring Peace

2023 Elections: Nigeria's Problems Might Be Solved If A President With These Qualities Is Elected