"What Should Be Done When A Man Having 3 Wife Finally Gives His Life To Christ? " - Man Asked

A man with the nickname "OmoOgaTeacher" has stare up a lot of reactions on Twitter after asking a controversial question.

What should be done in the case of a man having three wives, and that particular fellow later gave his life to Christ. Should He divorced two out of them and hold on to one wife? 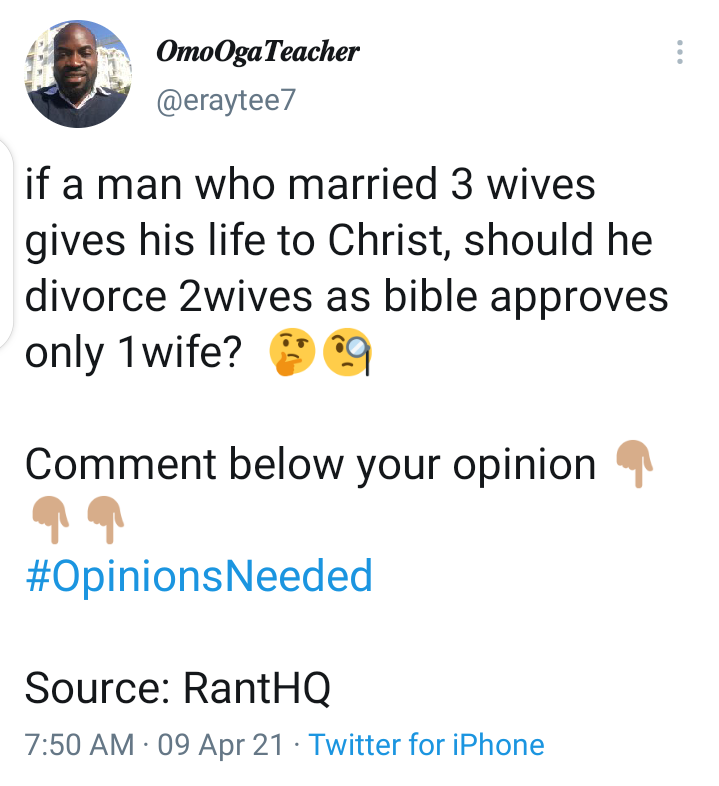 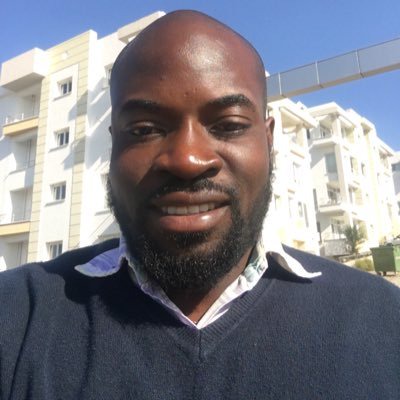 According to the Bible in Matthew 19 :5, God is interested in a man having just a wife. Because the verses was quoted like this

"For this reason a man will leave his father and mother and be united to his wife, and they will become one flesh"

These are some reactions of people;

"Solomon never sent his other wives away, david never did, Abraham didn't either. They're still some of our biggest role models in the bible. So who am I to go against the bible? Keep them." 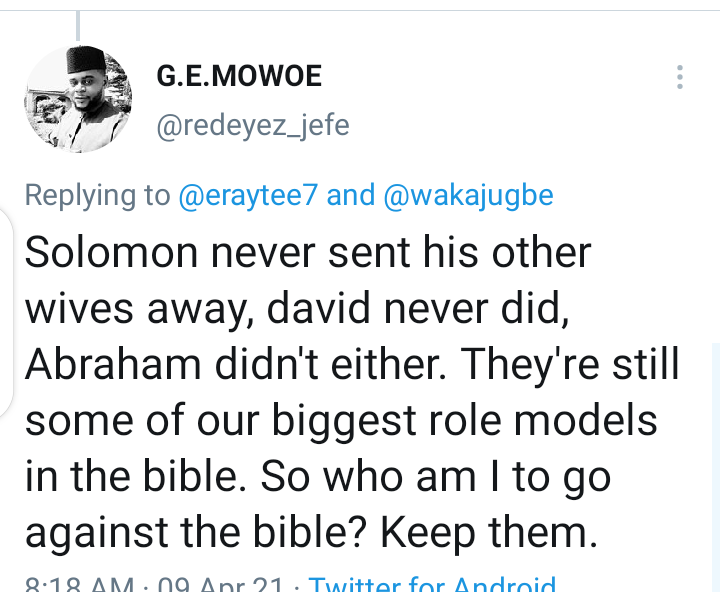 "If he can take good care of all three, provide, protect and profess genuine love to them equally, I don’t think it’s a bad idea to keep all three." 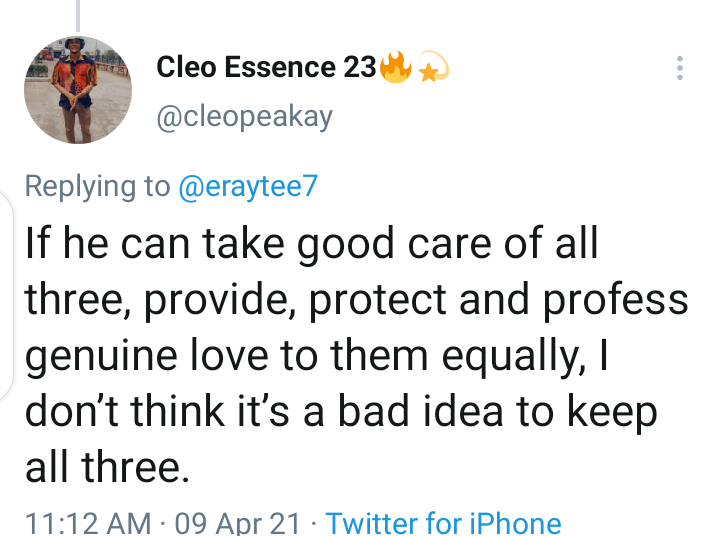 "Christian would preach restitution and asks him to leave the two others while he keeps the first. According to them the first is the legimate one while the rest are "sara wa gba"

But, they never considered the effect this decision would have on the kids and wife." 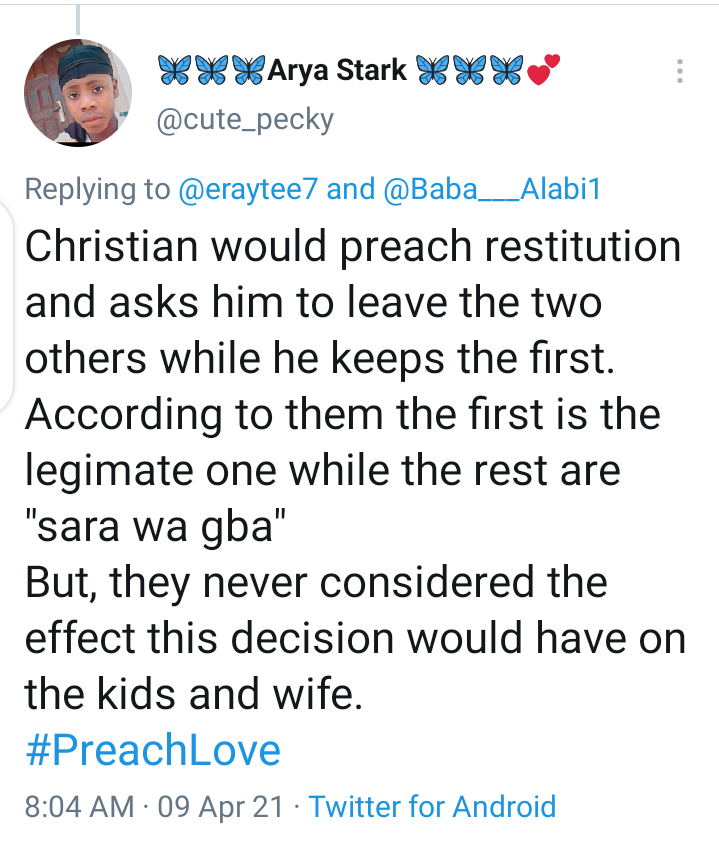 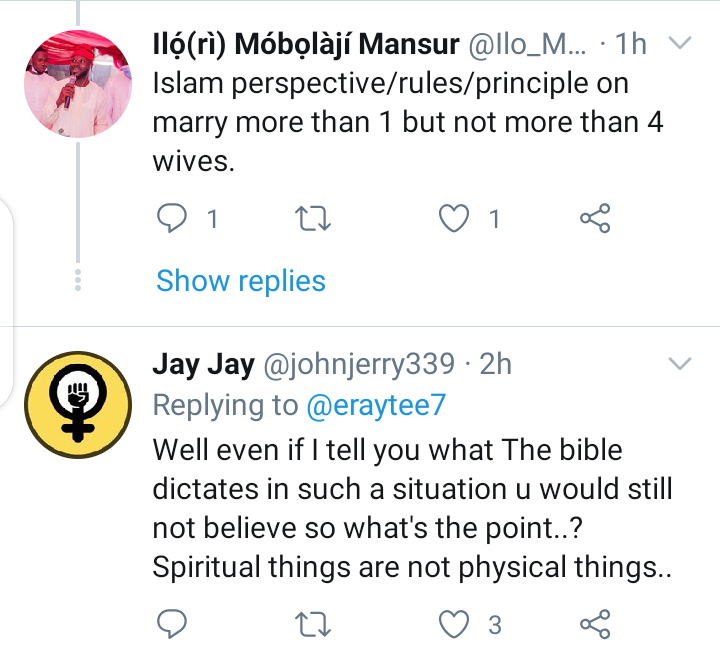 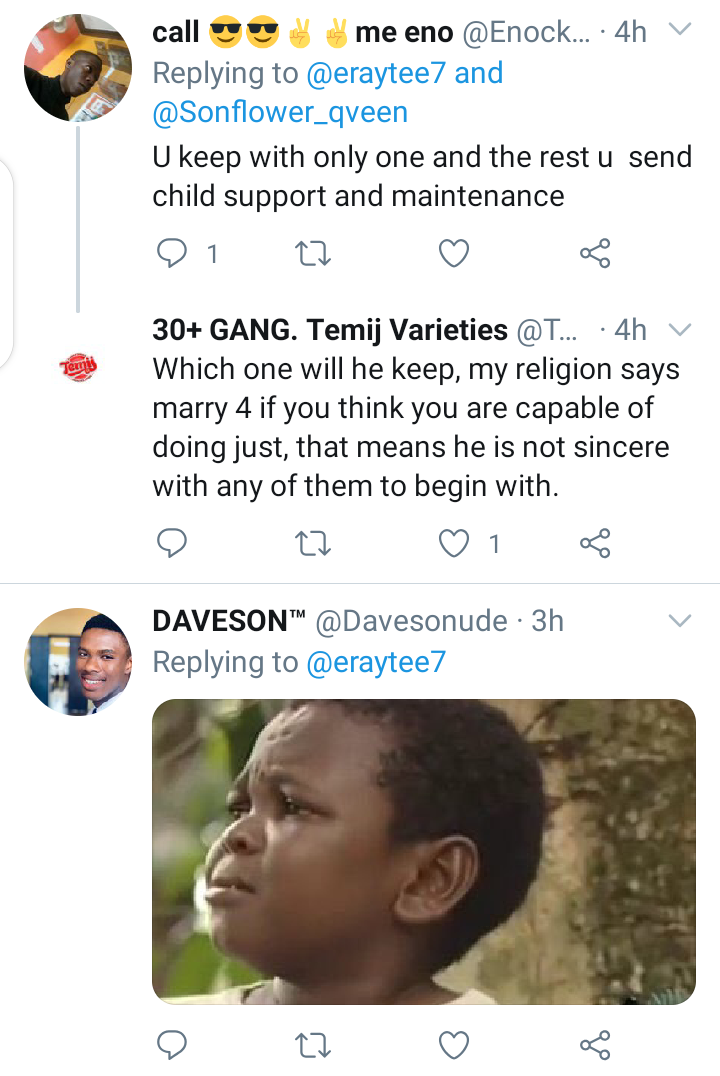 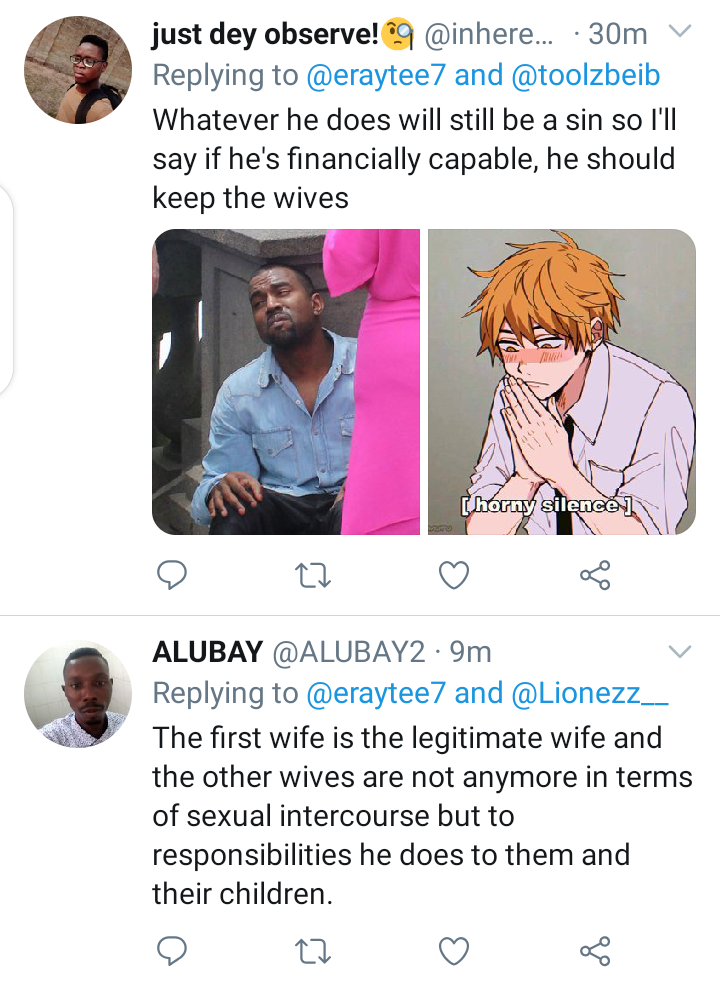 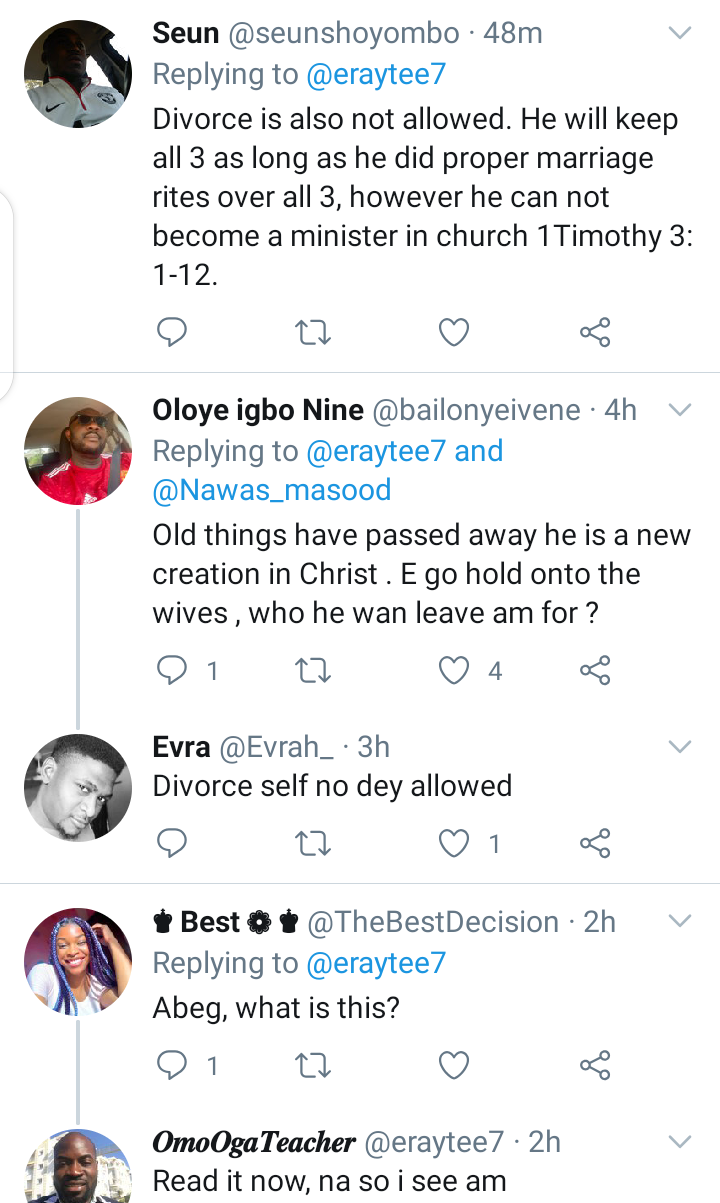 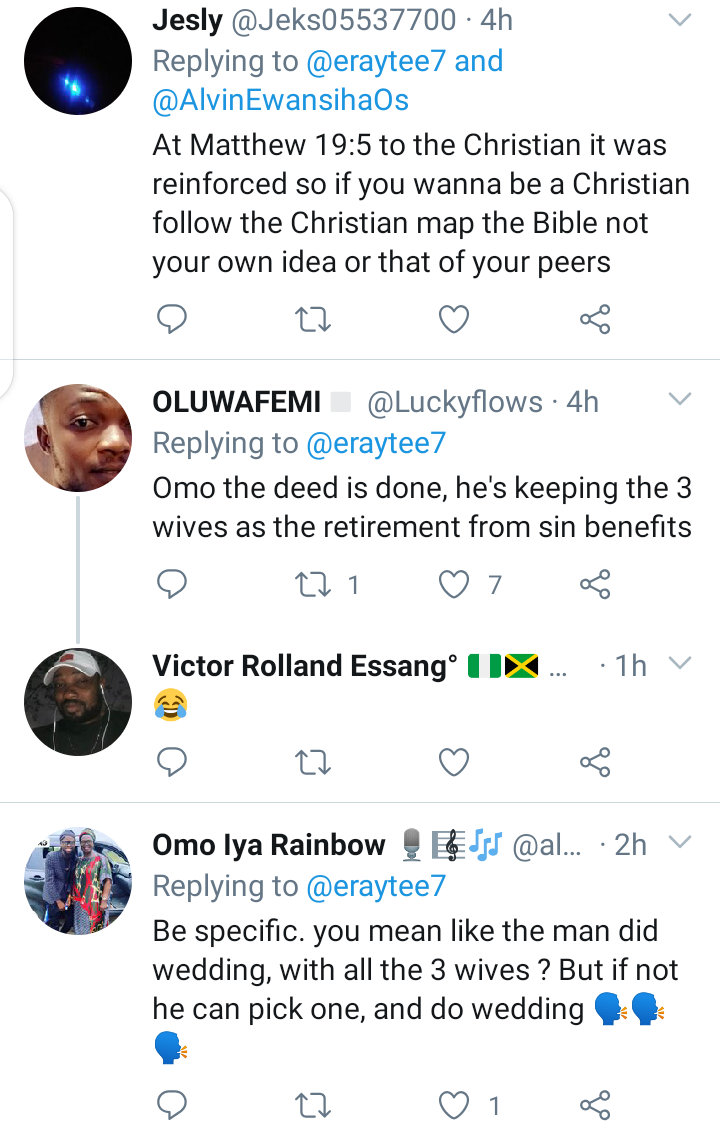 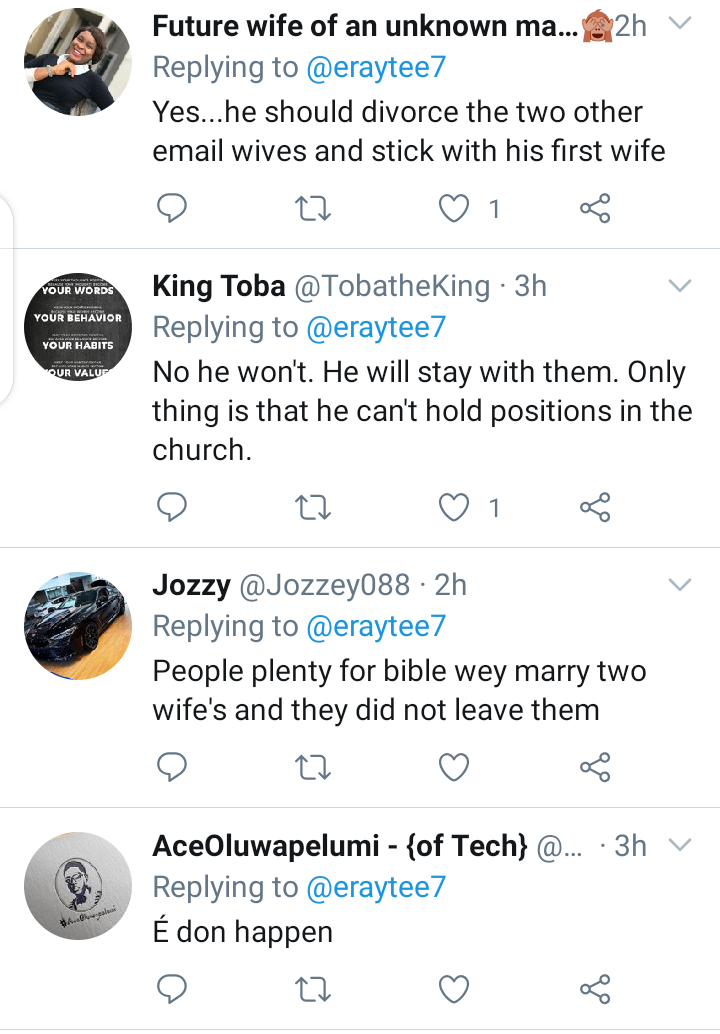 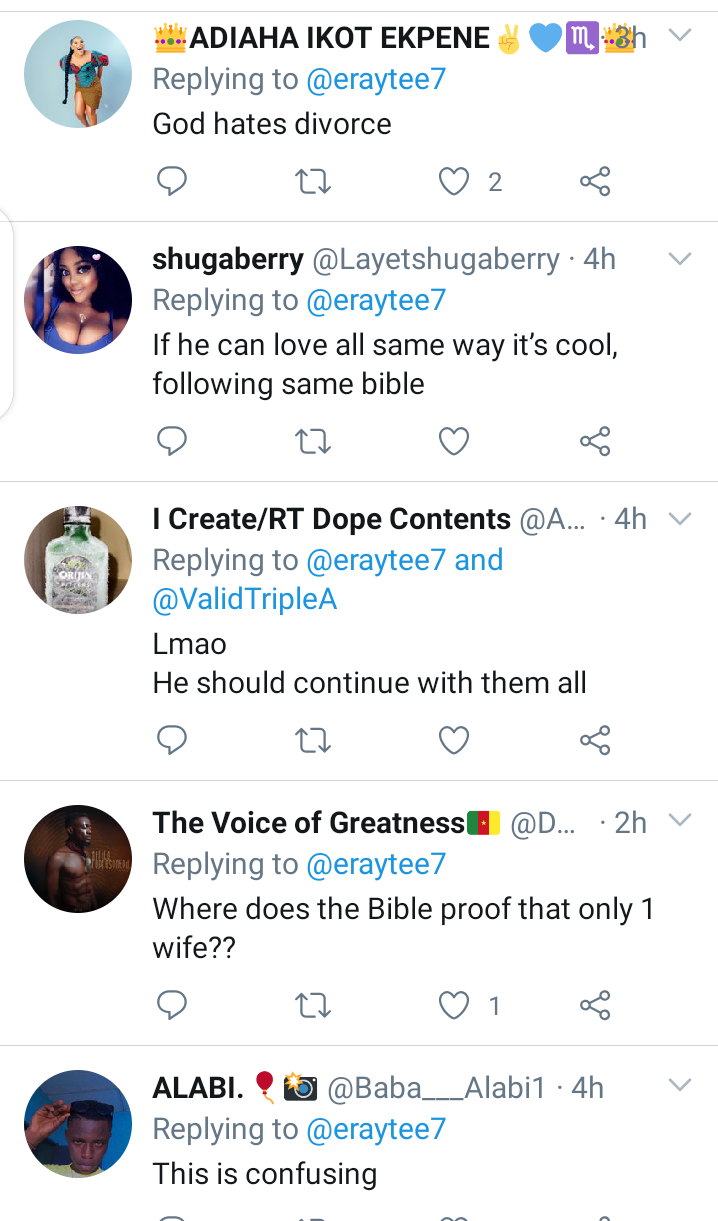 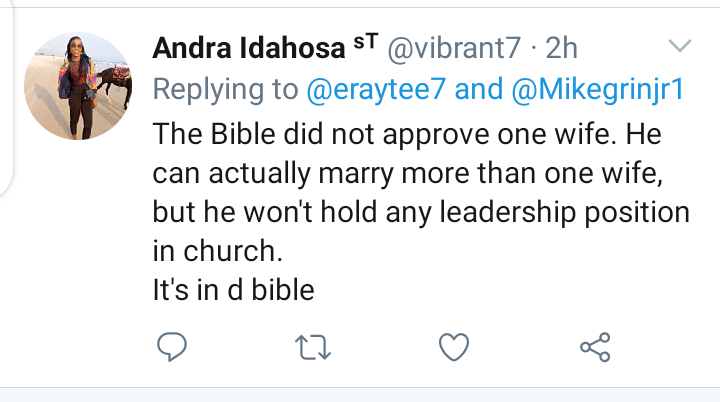 Content created and supplied by: Mosfem (via Opera News )