By Ogbonnachisa (self media writer) | 2 years ago

HBO has long provided subscribers with some of the absolute best original programming found anywhere on TV. From gritty crime dramas like True Detective and The Sopranos to intelligent comedies like Curb Your Enthusiasm and Silicon Valley, it’s no wonder HBO remains the longest-running premium television service in the United States. 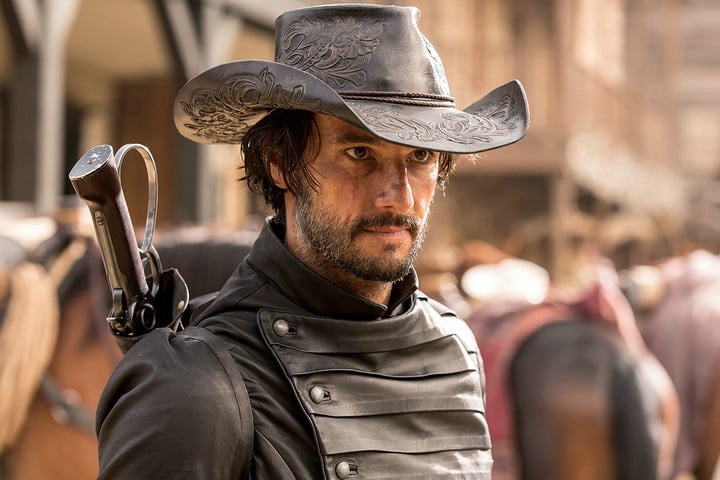 Now, with HBO’s on-demand services, fans of the network have unfettered access to the company’s impressive (and robust) stable of programming. Below are our picks for the best HBO shows, so you can spend more time binge-watching and less time binge-searching.

1. I May Destroy You

Michaela Coel’s co-production for BBC One and HBO has established her as one of the most innovative and thoughtful new creators in television. Coel created, writes, co-directs, executive produces, and stars as Arabella, a young London woman who must rebuild her life after being sexually assaulted in a nightclub. Publicly feted as a millennial icon after the success of her debut novel “Chronicles of a Fed-Up Millennial,” Arabella is struggling under the pressure of meeting the deadline for her second book. To de-stress, she meets up with friends for a night out in London, which becomes a complete blur. The next morning, she pieces together the events of the previous night, challenging social norms and the meaning of consent.

This limited series brings the world’s most renowned fictional lawyer back to the small screen. HBO’s series is an origin story of the criminal defense attorney set in 1932 Los Angeles. The series takes an edgy, noir-ish tone and gives Perry Mason a new spin, with Matthew Rhys portraying him as a low-rent private investigator digging into the influential and enormously powerful evangelical preacher Sister Alice.

3. The Plot Against America

Based on Philip Roth’s 2004 novel about an alternative history in which Charles Lindbergh defeats Franklin D. Roosevelt in the presidential election of 1940, The Plot Against America is a surprisingly timeless story when seen through a modern lens. The story follows a working-class Jewish family in New Jersey during Lindbergh’s reign. Lindbergh, a famous anti-Semite and isolationist, turns the nation toward fascism and tyranny, which the audience experiences at a personal level through the Jewish community in Newark. Creators David Simon and Ed Burns are no strangers to heavy subjects, and this one is no exception.

Comedians Jessica Williams (The Daily Show with Jon Stewart) and Phoebe Robinson host this series of specials, based on their hit comedy podcast of the same name. For the first seven days after the podcast’s original launch in 2016, it was number one on the iTunes charts, generating a loyal following that helped earn Williams and Robinson a two-season run on HBO. This is standup like you haven’t seen. Williams and Robinson leave no stone unturned and no shot unfired in this laugh-out-loud series directed by Tig Notaro and Sandra Restrepo.

What could be more daunting than adapting Alan Moore’s iconic comic series Watchmen for TV? How about making a sequel? That’s what Damon Lindelof (Lost, The Leftovers) has done with Watchmen, which picks up decades after Moore’s story ended, following a new group of characters whose lives intertwine with the old cast. Set in Tulsa, Oklahoma, 34 years after the comic, Watchmen follows Angela Abar (Regina King), a cop who moonlights as a costumed vigilante called Sister Night. The Tulsa police have been decimated by a white supremacist group called the Seventh Kavalry, forcing the remainder to adopt superhero personae for safety. After the police chief is murdered, Angela searches for the killer, uncovering a sinister conspiracy. In its willingness to challenge expectations for a sequel, Lindelof’s Watchmen proves a worthy successor to the original.

This teen drama is teen drama done by HBO. It’s steamier, darker, and deeply, deeply provocative. An adaptation of the Israeli show of the same name, Euphoria follows 17-year-old Rue (Zendaya), a drug addict fresh from rehab with no plans to stay clean and an upsetting amount of responsibility. Around her are Jules, Nate, Chris, Cassie, and Kat, each with their own identity crises and high school crosses to bear. As they struggle to make sense of their presents and their futures, the series takes a deep-dive into teenage substance abuse, sexual tension, and the anxiety-ridden life of modern high school. At times, Euphoria swings for the shock value fences but generally, it deals with serious issues with empathy and openness.

Before it premiered on HBO, The Young Pope — which originally aired on Italy’s Sky Atlantic — was a subject of puzzlement or outright mockery in the media. Many thought the name implied an edgy show, one aimed at capturing the attention of young viewers. That’s a shame, as The Young Pope turned out to be one of the most bizarre, stylish dramas on television. The show follows Pope Pius XIII (Jude Law), born Lenny Belardo, an orphan from America. Pius reaches the throne thanks to puppet masters in the Vatican who hope that he will be a malleable figurehead and a young face for a modern world. Instead, he shocks the world as a zealous conservative, delivering furious invective against modernity and pushing the church back to an earlier, more arcane way of being. The show is the creation of Oscar-winning director Paolo Sorrentino, and as such, his bombastic vision — and quirky sense of humor — is on display throughout.

Content created and supplied by: Ogbonnachisa (via Opera News )