The Biggest Nigerian Event In 2019

By AlabiTaiyeRidwan (self media writer) | 2 years ago 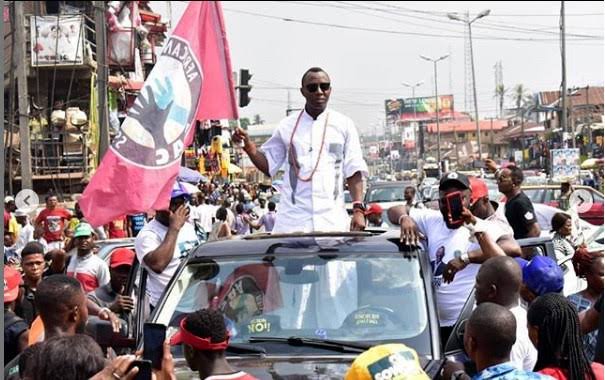 The year 2019 is a prosperous year. The year played host to a lot of big events in Nigeria, in which the arrest of the foremost activist Omoyele Sowore by the DSS is one of them.

The founder of sahara reporters arrest came days ahead of his proposed #RevolutionNow protest. The protest which was aimed at questioning the election that produced the President Buhari led government, claiming it is not credible and other related issues.

It would be recalled that Mr Sowore is a very strong pro-democracy activist who is an aspirant in the tightly- contested February 2019 presidential general election.

The Ondo-State born activist polled 33,953 votes and came third behind Alh. Atiku Abubabakar of the Peoples Democratic Party who polled 11,264,977 votes to come second and President Buhari of All Progressives Congress, APC, who polled 15,191,847 votes(winner of the presidential election).

The highlight of the event was during the court proceeding where the DSS invaded the courtroom to rearrest the pro-democracy activist, after 124 days in the custody of the DSS. The invasion triggered mixed reaction from notables Nigerians and people all over the world.

According to his lawyer, Mr Femi Falana who claims that Mr sowore’s bail condition was met far earlier on around September 24,2019 but was released after a lot of public outcry around December 5,2019 (124 days after). He stated that the action of the DSS is a disgrace to the rule of law.

Futhermore, Another major highlight of the event was when a United State senator Bob Menendez condemns the way and manner Mr Sowore was re-arrested. He stated that the showdown in the courtroom by the DSS is Unacceptable in a democratic setting and is already closing the political and civic space in Nigeria.

In addition to his statement, Bob Menendez said “The Nigerian court has twice ordered his release on bail and the state security agencies openly defied the court order each time leading me to conclude either that Nigeria no longer respects the rule of law or President Buhari is woefully out of touch with what the agencies of his government are doing in his name. This is unacceptable in a country that calls itself a democratic Country”.

The year also witnessed the directive by the Anthony General of the Federation, Justice Abubakar Malami to the DSS to release Mr Sowore without further delay, His release was met with a wide jubilation from his supporters in Nigeria and all over the world.

Content created and supplied by: AlabiTaiyeRidwan (via Opera News )