'You Should Block Me Instead,' Tochi Responds To Kiddwaya's Tweets Over Call Making

By PoliticalNewsUpdates (self meida writer) | 25 days 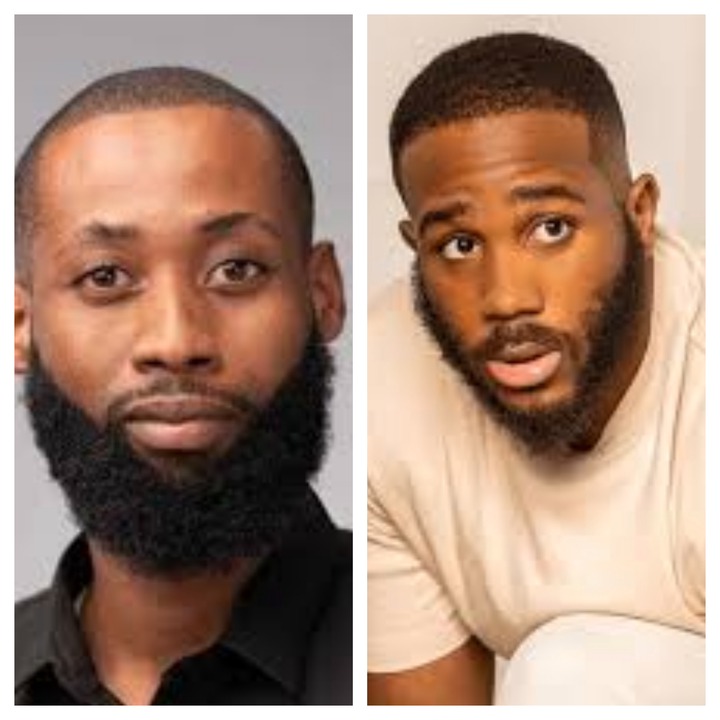 When it gets to catch some cruise on social media celebrities can find one post and other, and threw them online to deceive their followers, but the truth behind this can never be revealed except those who have known and get familiar to how they trick. Although maybe they are joking or not it is unknown for now.

After the former housemate of the Big Brother Naija season 5 really take the action that he wanted to take on his former inmates in the Big Brother Naija season 5, funnily and not funny what Kiddwaya posted on his official social media Twitter about Tochi get the attentions of his lovers to comments negatively, also what Tochi used to responded to Kiddwaya conversation that they had before on WhatsApp was found maybe they are really serious.

Few hours ago Kiddwaya posted WhatsApp conversations between him and Tochi, as it was spotted that; Kiddwaya tries to reach out with Tochi on both Whatsapp video call, and audio call in many times but unfortunately or deliberately Tochi did not pick up those calls, this make Kiddwaya to posted this on his official social media Twitter and tell Tochi to stop calling him that, it is not by a force to have call or conversations with him and Tochi replied him that he should go ahead and block him instead, as if it is a crime to missed your calls.

Many comments were made on their tweets as this is a little comment that I was able to gathered here, see the screenshot below do you think they are deceiving their followers by posting this or it really sounds real? 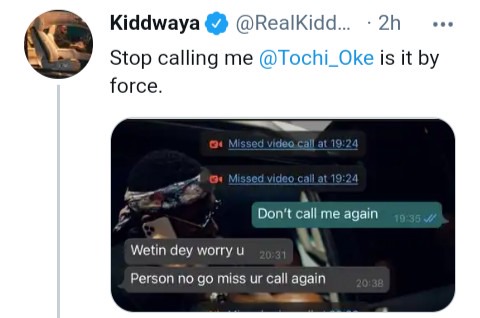 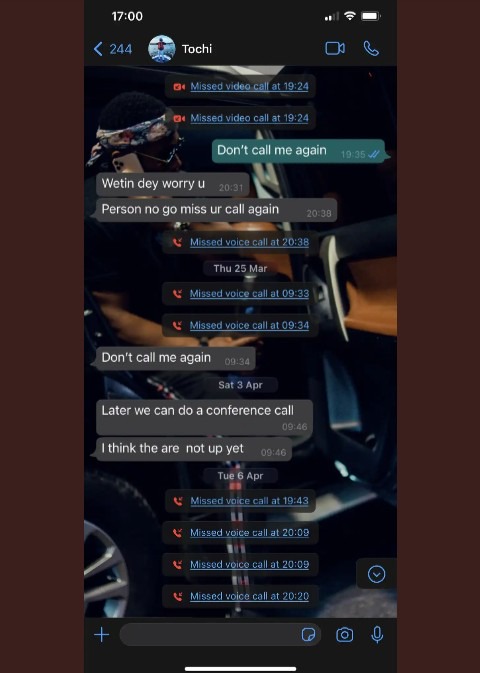 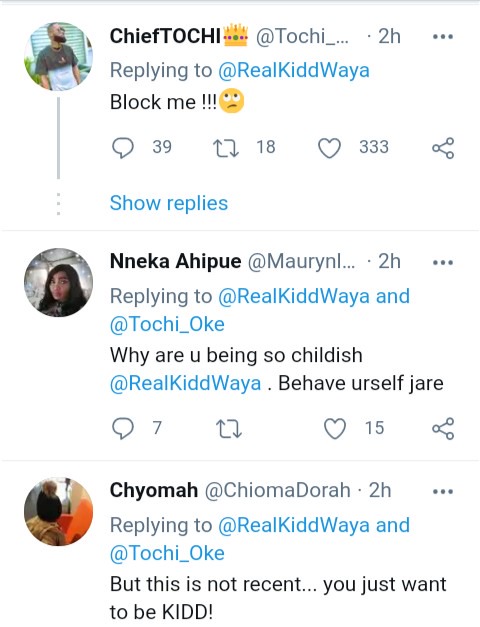 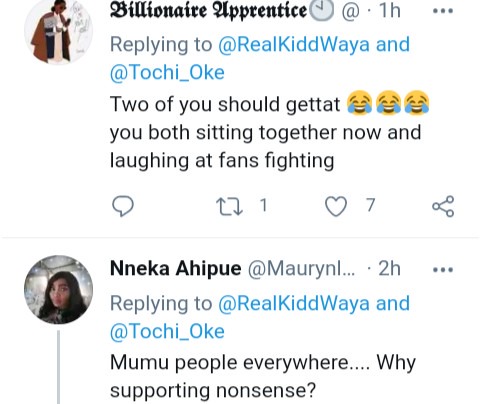 Alexx Ekubo Shows Off His Beautiful Mother, Says His Fiancée Calls Her "Mother Of Diamond"

8 Things You Need To Stop Caring About In Your 30s