By Dynamic_tee (self media writer) | 2 years ago Trevor Noah was born on 20th of February, 1984 in South Africa. He was born to a Xhosa woman name Patricia and a white swiss man name Robert Noah. Trevor was born a crime, during the apartheid period, blacks are not allowed to interbreed with white and so likewise. Anyone caught and found guilty would be punished or thrown to jail, especially black people. Trevor's mother being an independent woman told Trevor's dad that she wants to have his baby. her wish was granted, she had Trevor a white baby. She couldn't dare to put his father's name on the birth certificate nor could she claimed that Trevor's father was white.

Funny enough, when she wanted to go out with him or play with him, she had to stay behind him not raise any suspicion what so ever which could get her arrested.

As a child, Trevor couldn't play outside with his peers with fear of not being taking away by the feds. in 1992, Trevor's mother got married again to a man name Abel Shingange and had two sons with him. While married, Trevor and his mother were physically abused by the man. She later got divorced in 1996.

In 2009, she remarried again to Sfiso Khoza. Shingange shoot Trevor's mother through the back of her head and leg. She survived miraculously. When Trevor confronted him on phone, he threatened Trevor's life, which makes Trevor to flee from Johannesburg to Los angeles. 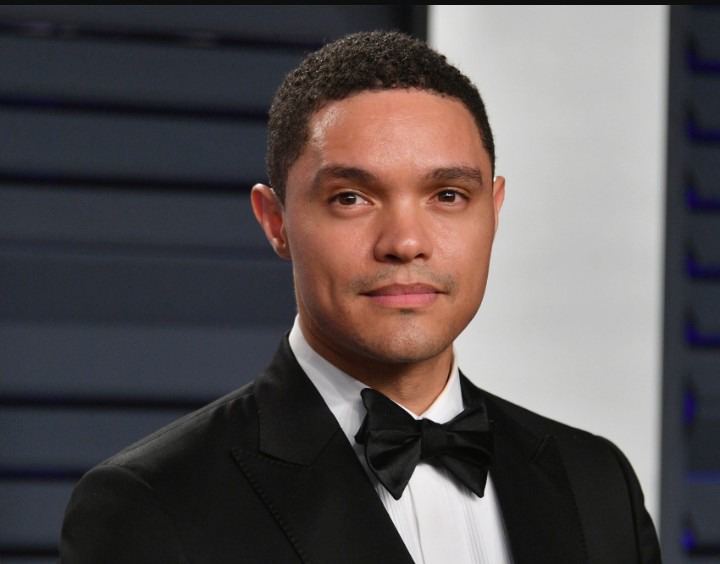 Trevor Noah then became well known in the States and all over the world. He succeeded Jon Stewart on the daily news show and has done many comedy tours around globe, including making a voice appearance in the movie Black Panther. Trevor Noah is an handsome guy that has being in quiet few relationship. He is still single and searching. Content created and supplied by: Dynamic_tee (via Opera News )