(Video) - See What Governor Wike Said He Will Give Burna Boy & All Other Performing Artistes.

Recent Grammy-Award winner, Burna Boy was welcomed back in style at his home state for his homecoming concert. He is still being celebrated for putting Nigeria out there with his amazing album and the homecoming concert was a success.

People who weren't opportune to be present were able to follow the event on Instagram Live and he dazzled performers with his soothing voice. 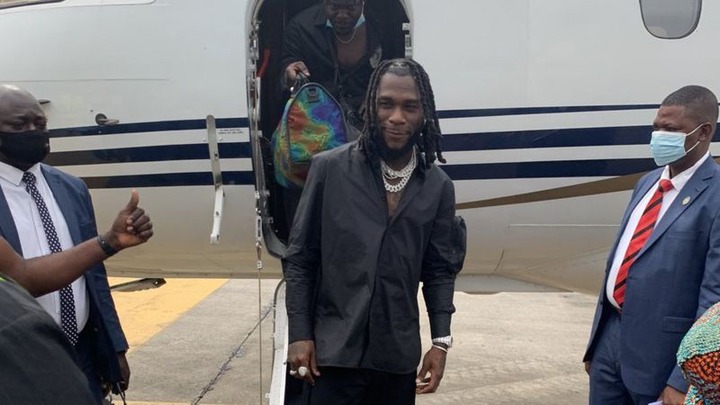 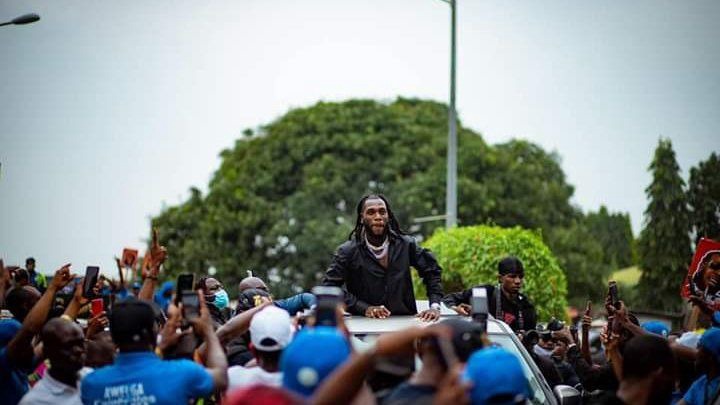 The concert had the likes of other Rivers State's big names including Duncan Mighty, Timaya and Omah Lay who have continuously showcased the rich talent of the city.

There were also other artistes who might not be 'A' list artistes by classification but still had the talent to move the crowd. 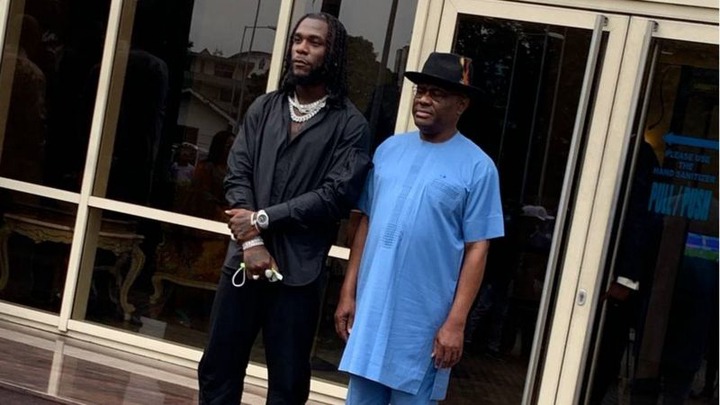 Rivers Stae Governor, Nyesom Wike was around to welcome Burna Boy when he came into the state for the event but he did a more specular thing during his speech which he gave during the concert.

When he was on the stage addressing the people, Nyesom Wike at some point promised that the performers will all go home with ten million naira each and that announcement was met with a positive reaction from the crowd. 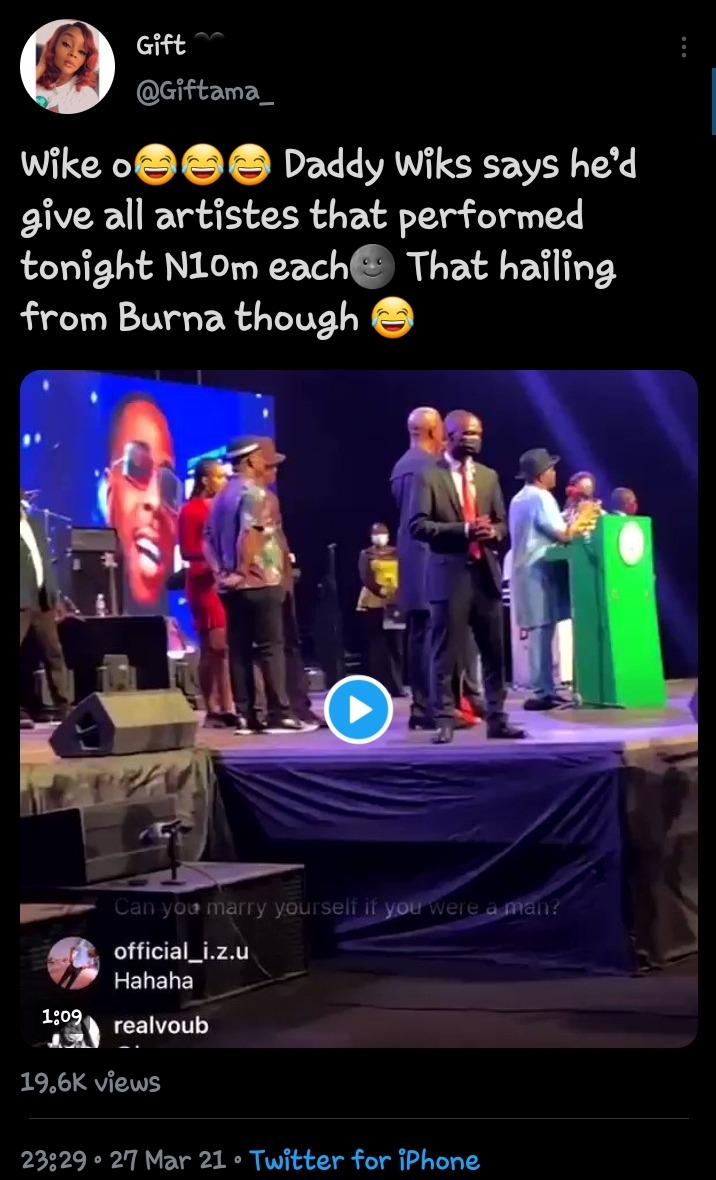 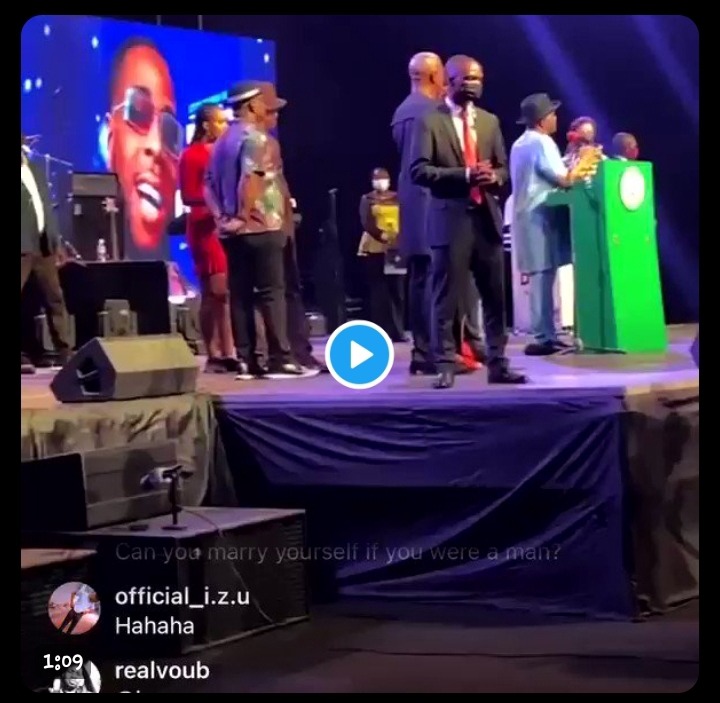 Depending on the total number of talents who performed, ten million multiplied by the number of artistes is bound to be much and Nigerians were quick to react given the fact that there is perceived high poverty and unemployment rate.

Some even claimed that it's a waste of the State's fund and don't support that act of gesture but it depends on whether the money was from the Rivers State government or not since it was a State event to celebrate Burna Boy's musical achievements.

Below are some reactions to Wike's generosity towards the artistes; 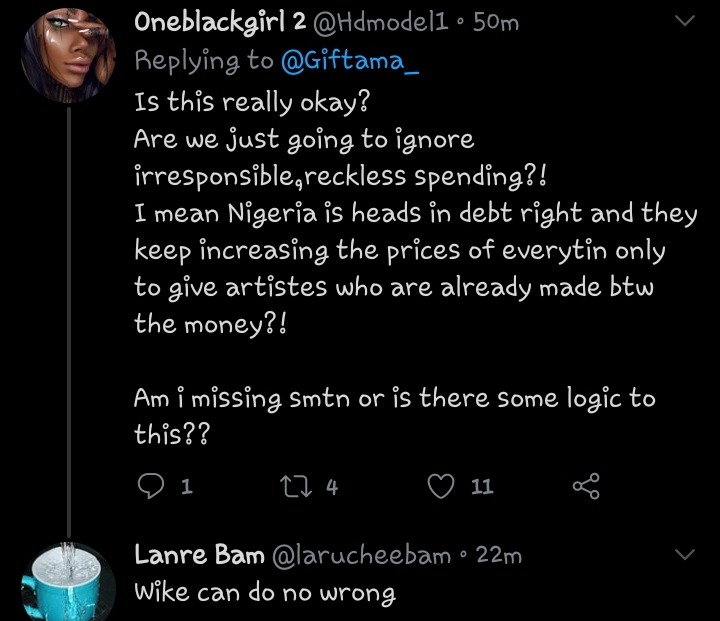 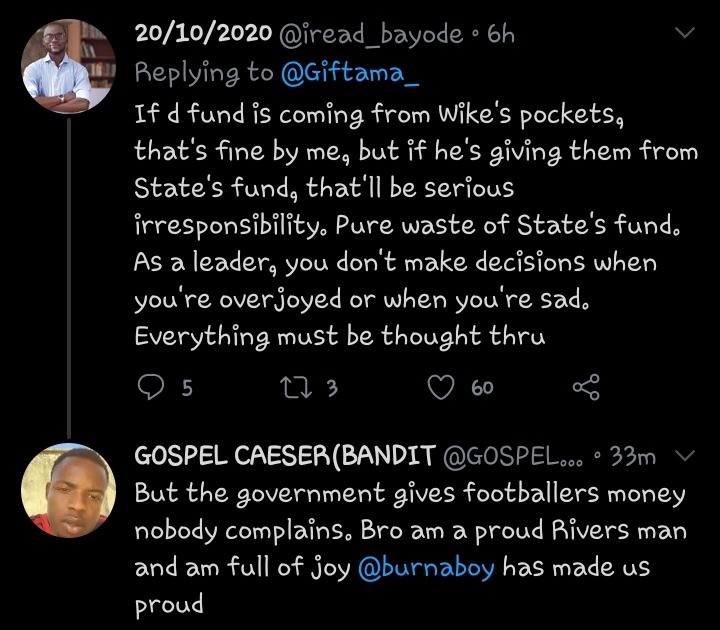 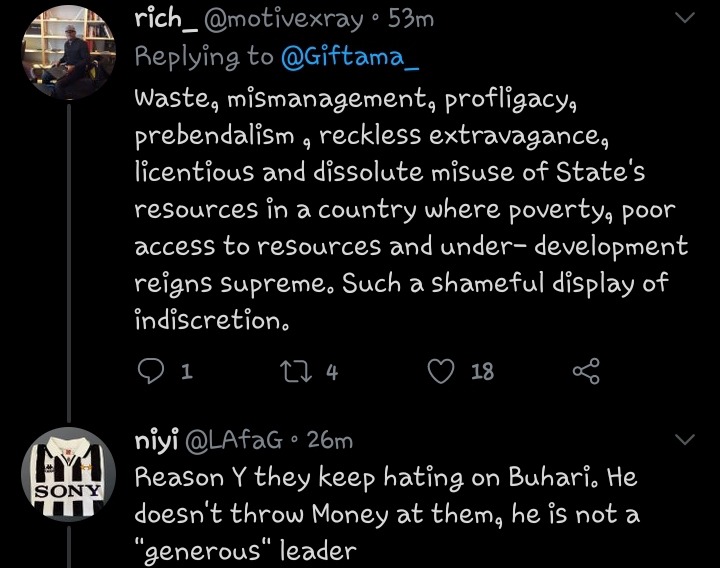 If the concert was solely funded and organised by the State's government, it wouldn't matter if the funds were from the treasury of the State but it was rasing concerns because the announcement seemed spontaneous and not the kind of payment tied to a contract.

Do you think Governor Wike's pledge to give them ten million naira each is a waste of resources or not?

As an Electrical Student, He Went to Repair Electricity inside Barrack and He was Electrocuted