By wellness (self media writer) | 2 years ago 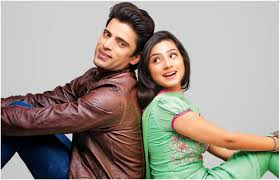 All sadly look at Urmi. Samrat walks out. He recalls how Ishaan died while saving him. He asks himself what he did in a regretful manner. Next day, Shashi is in the kitchen. Samrat comes there and asks why she’s not talking with him. Shashi ignores him. He tells her to talk to him else he will go crazy. He hasn’t done anything. He hasn’t killed Ishaan. He died while saving his life. Shashi tells him to shut and asks him to ask his soul who killed Ishaan and he will only get one answer. She leaves and joins everyone outside for Ishaan’s prayer. Samrat comes behind her as well.

Family members and guests talk about Ishaan. How happy he was that day because of his parents' anniversary. He was such a good human being who was always calm and cared about everyone. The guests then ask how all that happened. Sandhya says he died while saving Samrat. The guests say they read in the newspaper that there was fire and the area was also quiet. All these talks strike Damini and she gets up and asks Urmi to tell what happened exactly. She had gone to get cake then how she met Ishaan and what Samrat was doing with them. Anirudh tells Damini this is not time to talk about all this. Damini tells him she has lost her son and it’s a mother standing there, not his wife. She tells Urmi to tell her before she loses her mind. Urmi stands quietly and in grief. Damini continues asking and Samrat, from behind, shouts saying tell them Urmi. He comes forward and says, tell them that I called you there by tricking you. I tried to kill you and despite that Ishaan saved his life. Everyone is shocked. Tani asks him what he’s saying. Samrat says he has been lying all his life and today is the first time he’s told the truth. Yes he wanted to kill them both because they found out about his crimes. He starts telling everyone about getting trapped by James’ wife and then James blackmailing him. Tani can’t believe it and asks how he can get so low. Samrat says this is not all, he’s much more low person than she thinks. He confesses everything one by one.he said that he tried to separate Urmi and Ishaan but failed and that he married tani only for her money.

He even confesses about using his own son to bother Urmi. Urmi’s mum asks him what kind of person he is. When Urmi was with him, he never kept her happy and when she was happy with Ishaan, he took away his life. He won’t even get a place in hell. Damini steps up and slaps Samrat. Samrat asks her to slap him more, till he dies. He deserves all that. He confesses that Urmi’s mum is right. In his marriage, he never gave any happiness to Urmi. He beat her, treated her like an animal, slept with other girls and Urmi, like a Goddess, never said anything and continued tolerating and maintaining relationships. And he also killed his God-like friend. He kneels down to Urmi and says he deserves punishment by her. Urmi stands still. Anirudh grabs Samrat’s collar and asks him what he thought, he will confess everything and they will let him go? He took away their dearest son and he will get the toughest punishment for it. He pulls him. Urmi speaks up, stop papa.

Urmi tells Anirudh to let Samrat go. He has realized his crimes, now leave him on his own. Everyone is shocked. Sandhya asks her what she is saying. Urmi says Ishaan wanted this. He wanted Samrat to realize his crimes. Anirudh leaves Samrat’s collar. Samrat is in disbelief. Urmi walks towards him and says that Ishaan wanted him to realize his crimes, so he can never do such a thing again with any other woman. She forgives him for every single mistake that he made. Samrat falls on his knees and cries loud. Urmi continues, Samrat changed, but while trying to change him, Ishaan had to die. She wishes he could see this. She asks him to go far away from them and never show his face to them. Samrat folds his hands to Ishaan’s photo, Urmi, and everyone else there and leaves in guilt and grief.

Urmi is in her room. She sees Ishaan and her memorable time in front of her and gets happy and then sad when she realizes he’s not there. She recalls days from when they got married, to days when Ishaan was happy with their upcoming child, to the day he died. Bhare Naina song plays…

Anirudh looks at the photo which Ishaan gifted him and cries. Urmi comes and returns 1 crore rupees to him that Tani gave to Samrat. He asks how she got it. She says they had filed a police complaint against James and when arresting him, police found that money. She further says she wanted to tell him this before, but Ishaan stopped her saying first let Samrat realize his mistakes. Tani comes and apologizes to Urmi. She says she never listened to her and Ishaan. She asks for forgiveness. Urmi hugs her and smiles at her.

Samrat is at sea. He recalls how Ishaan saved his life, how Urmi forgave him for everything, how all blamed him and said he won’t find a place even in hell. He continues walking towards water while recalling all this.

Urmi is sitting with everyone in the hall. Damini comes with bags and puts them there. Anirudh asks her what she is upto. Damini says Urmi won’t live in that house anymore. Everyone is shocked. Anirudh asks her has she lost it? Damini tells him that he better stay quiet. She told him not to get Ishaan married to her, but he still did and always favored Urmi and today he saw the results of it. Anirudh says the house belongs to Urmi as well, she is Ishaan’s wife. Damini says she’s not a wife, she’s a killer. Urmi is very shocked and sad. Shashi interrupts and asks Damini what she’s doing. Damini asks her what she is still doing there. She tells her to pack her bags as well and leave. They kept her there as a gust for very long now. Tani also tries to stop Damini, but in vain.

Damini doesn’t listen to anyone and grabs Urmi’s hand to throw her out of the house. Anirudh finally shows his power and tells Damini it’s his order that Urmi won’t go anywhere. This house was hers and will always be. She’s Ishaan’s wife and how she can forget that she’s pregnant with their grandchild. She still doesn’t listen. He warns her to leave her else he might raise his hand at her. He separates Damini’s hand from Urmi’s. Damini leaves. Everyone is happy. Anirudh tells Urmi that as long as he’s there nothing will happen to her. She gets emotional and hugs him. Later in their room, Anirudh asks Damini what’s wrong with her. Doesn’t she see Urmi’s sorrow? She asks if he can only see Urmi’s sorrow, but what about her grief? She has lost her only son. He says Ishaan was his son as well, Urmi’s husband, Tani’s only brother. They all are equally sad about it. Tani comes in and tells Damini it’s not Urmi’s fault..whatever wrong happened, it was because of her. Had she not married Samrat, then nothing like this would have happened. If she wants to give any punishment, then she deserves it, not Urmi. Anirudh tells her whatever had to happen has happened now. It’s a difficult time and they all have to overcome it together. Tani tells Damini not to keep anything against Urmi in her mind and punish her if she wants. Damini asks her so she will leave her as well like Ishaan did? Tani hugs her. Damini still blames Urmi for Ishaan’s death in her mind and decides to keep Urmi’s child away from her as well.

Next morning, all are in the hall while Urmi is near Ishaan’s photo. Anirudh notices it and asks her to make coffee for him. Just then he opens the newspaper and is shocked. Urmi and others read one after one and they are also shocked. Tani asks them what’s in the news. Why they all are shocked. No one tells her anything. She grabs the newspaper and reads it herself that Samrat Singh Rathore committed suicide. She’s also shocked. Shashi comes and says it had to happen. How would he be able to survive with all that guilt. He just took too much time to realize that.

Tani is alone now. She recalls the good time that she had with Samrat, his confession, and cries.

Please don't forget to like,comment,share and follow me for more interesting updates.

Content created and supplied by: wellness (via Opera News )