Enough Of Criticizing: Check Out These 5 Benefits Of BBNija To Nigerians

By DesOjum (self meida writer) | 9 months Truth be told, anyone that wish to be successful in life cannot afford to embark on an unprofitable venture. In that case, care must be exercised to ensure that all your investments are profitable. Nigerians are so conscious of this fact. They want every of their investment to bring fort profits. This is one of the reasons why they keep on criticizing the ongoing reality TV Show. Several Nigerians have being complaining about the popular TV show from the very moment it was initiated decade ago. Many were of the opinion that, it doesn't add any value to us as a people. Other opines that, BBNija can only lead to increase in morale decadent in the country. Many of these people may be right. Why I agree with you on few grounds raised, you might not be right on all aspect of your criticisms. You should note that, there are negative and positive sides to everything under the sun. The problem is that, you have chosen not to consider the positive side of the biggest reality TV show in Africa. I want to let you know that, BBNija do have positive side. It has it own advantages to Nigerians and Nigeria. Below are some advantages of BBNija that you may not know:

i. BBNija is advantageous to Nigeria as a country through the promotion of Nigeria entertainment industry. It has helped in raising the name of Nigeria on the global entertainment ladder. Many countries in Africa are now referring to us, as the entertainment hub of Africa, all thanks to BBNija. It should be noted here that, entertainment industry has contributed greatly on the economy of Nigeria in the past. That is why the current government is giving them every necessary supports through the Federal Ministry of Information and Culture as well and the Central Bank of Nigeria (CBN). Truly, entertainment industry has helped country like US in growing their economy. BBNija may be on its own way to help Nigeria in achieving a better economy.

ii. BBNija has helped in breeding Celebrities in the country. It thus means that, it is helpful to our youths. It means that one or few youths are being pulled out of poverty at the end of any of its season. The ongoing BBNija is the fifth edition of the TV show. We are about to see new sets of celebrities being made. When you become a celebrity, so much fame and money will follow. In the past, a musician (Michael Efe Ejeba) who was not known before the show, became a star after winning one of the edition of the TV show. That is what the ongoing reality show can do for our youths. It does help them to be known at the international level, thereby bringing fortune to them and the country at large.

iii. The Cash prize is another good thing that has happened to winners at the end of every of its season. 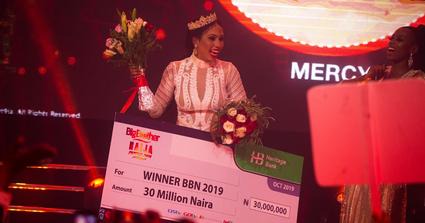 The last edition which was won by a female contestant (Mercy Eke) has a cash prize tag of 60,000,000.00 naira (30,000,000,00 naira in cash, and other prizes worth additional thirty million naira). Isn't that enough to pull one out of poverty? If you agree with me that, that amount can have a positive value chain on several individuals that are connected to each winner, then, we can conclude that the TV show is here to help us all. It means that, turn by turn, several Nigerians, directly or indirectly will be benefiting from the reality TV show. That is to say that millionaires are made at every of its seasons. In a country where poverty is very high like Nigeria, any idea that can pull out one person at a time from the shackle of poverty should be embraced by all of us. BBNija has the ability to make millionaires at every of its season. It has done it before, and it is set to do it again.

iv. It is entertaining. You may argue with this point, by saying that the show lack moral consciousness. You may not be far from the truth, but you cannot generalize your opinion that way. There are people that enjoys whatever that is happening there. Some people's problems are being forgotten whenever they watch the show. Moreover, the show is for adults, that is one of the reasons why it is not being air on the free-to-air television stations across the country. Those that love the show search for it, and feel good watching it. That is what all entertainment platforms does for its audience. It keeps one busy at a particular time, thereby making that person to laugh his/her problems away. 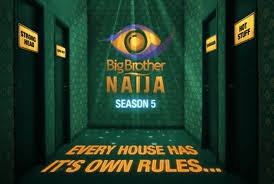 v. Finally, BBNija have helped in promoting local firms in the country. For instance, the only indigenous company manufacturing vehicles in Nigeria featured in the last edition held in 2019. It means that that firm was promoted in the international market as at then. Remember that the TV show is being watch in most countries in Africa, and the world. Those watching it can now see that there are such firms manufacturing/producing certain products in the country. It will thus increase the market base of these firms. When that is established, more Nigerians will be employed in those firms in order to meet up with the orders coming from the international market. BBNija is one of the good thing that is currently happening to us as a people.

With the points listed above, you should reconsider your perception about the reality TV show. It is not a complete evil as it is being painted in several quarters. Good things can come out of it. All you need to do is to keep the show away from as many children as possible. Once again, remember that everything has negative and positive sides. BBNija is not operating outside this fact.

Don't forget to like, and share this article to those that may need it. Leave your comments in the space below for more discussion on this topic. Thanks!

What is the Paris Syndrome?- A Syndrome That Mainly Affects Japanese and Chinese Tourists in Paris

Reasons why some people can't make money and some can

Enjoy Your Sunday With These 30 Funny Pictures And Memes