"If I Knew That My First Son Was Not For Nedu, I Wouldn't Have Gotten Married To Him" - Uzoamaka

By Prechdaklins (self media writer) | 4 months ago

Former wife of Nigerian comedian and talk host show, Chinedu Ani (Nedu) has finally broken her silence after Nedu exposed her involvement in a paternity fraud. According to Nedu, the first child he had with her was not his biological child even though he was made to believe so for years.

However, during a recent interview she granted, she explained that the paternity fraud was not actually the main reason why their marriage crashed. According to her, their marriage was plagued with a lot of issues till they both separated as man and wife.

While responding to allegations of assault by his former wife, Nedu revealed on his Instagram page that she was guilty of infidelity. He noted that when he could no longer bear it, he decided to carry out a DNA test on his first child and discovered that he was not the father of the boy.

Nedu who appeared pained, noted that his ex-wife got pregnant while they were together as man and wife. 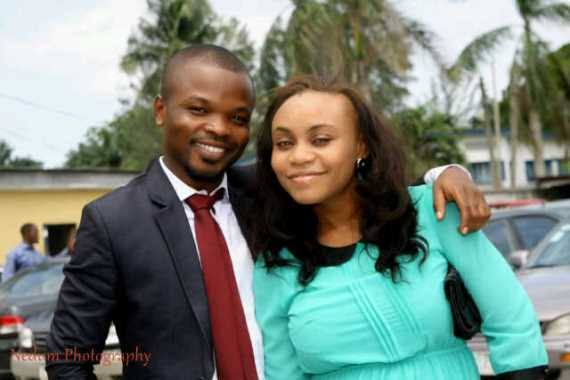 While responding to his claims, Uzoamaka claimed that she was already pregnant before they got married. She noted that if she knew her first pregnancy did not belonged to Nedu, she won't have gotten married to him, saying she can't deliberately take another person's son and claim Nedu is his father.

If what Uzoamaka said is true and she was not aware that Nedu was not the father, I think she deserves to be forgiven.

What do you have to say about this? Kindly click on the comments section and share your views with us.