By Bismark5 (self media writer) | 7 months ago

A portion of the interview was shared on Instablog.

In the video, Daddy Showkey gave his opinion about the issue between his colleagues, Brymo and 2face Idibia.

He said, "2face and his wife were going through a lot. This is not the time for that type of issue. If you have anything against 2face and you were wrongly accused, at least you know people to call and say "look at what this guy did.'" 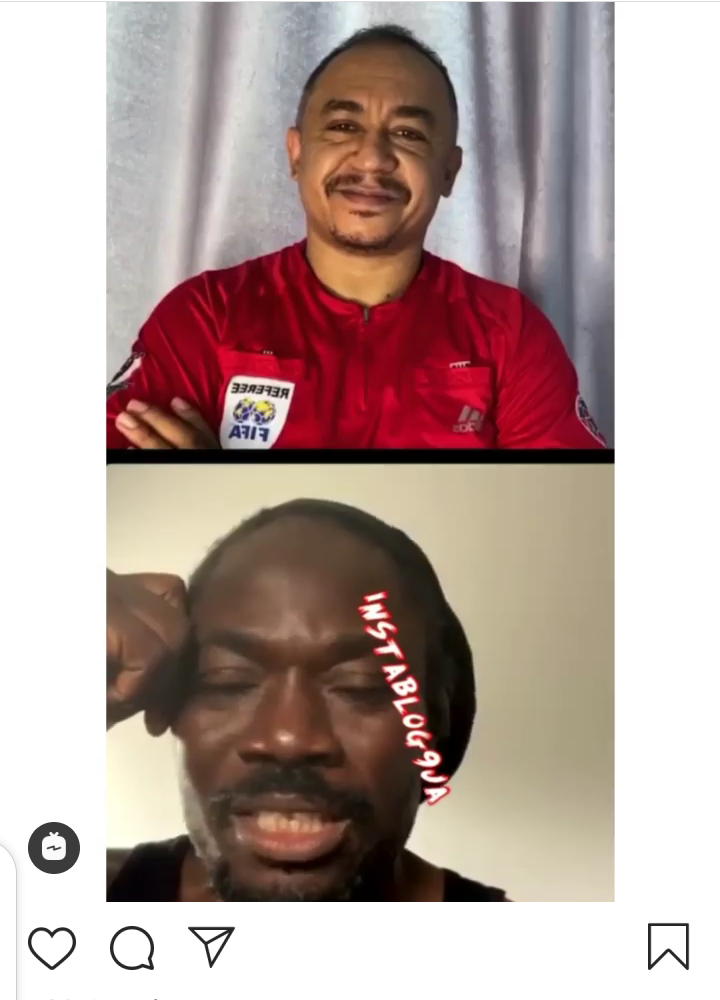 Daddy Showkey also pointed out that the issue was between a married man and woman. According to him, 2face and Annie both have families and Brymo's allegations might destroy the existing peace in the family, just after the family's public dispute.

In his words "anybody who is supporting what is going on doesn't want peace to be in 2face's family."

He ended the video saying that Brymo knows some key people in the entertainment industry who can talk to 2face.

And he (Brymo) should've reported the matter to these people if the allegations he mentioned in those tweets about him having an affair with Annie were false.

Daddy Showkey cited Eddie Lawani as an example, a big name in the music industry who was instrumental to 2face's success.

He described Eddie as 'a father to everybody in the entertainment industry' and capable of resolving such issues, instead of making it public.

Here's a link to the interview. https://www.instagram.com/tv/CUutRzLALRM/?utm_medium=copy_link