By JosephEkeng (self meida writer) | 21 days 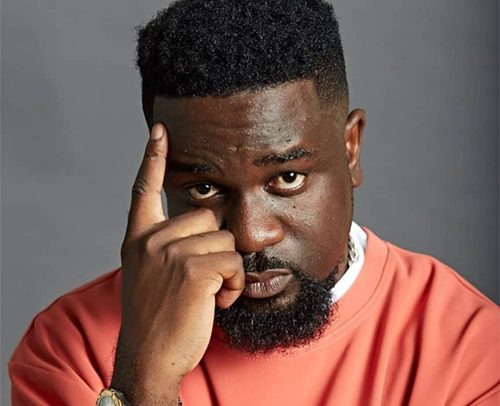 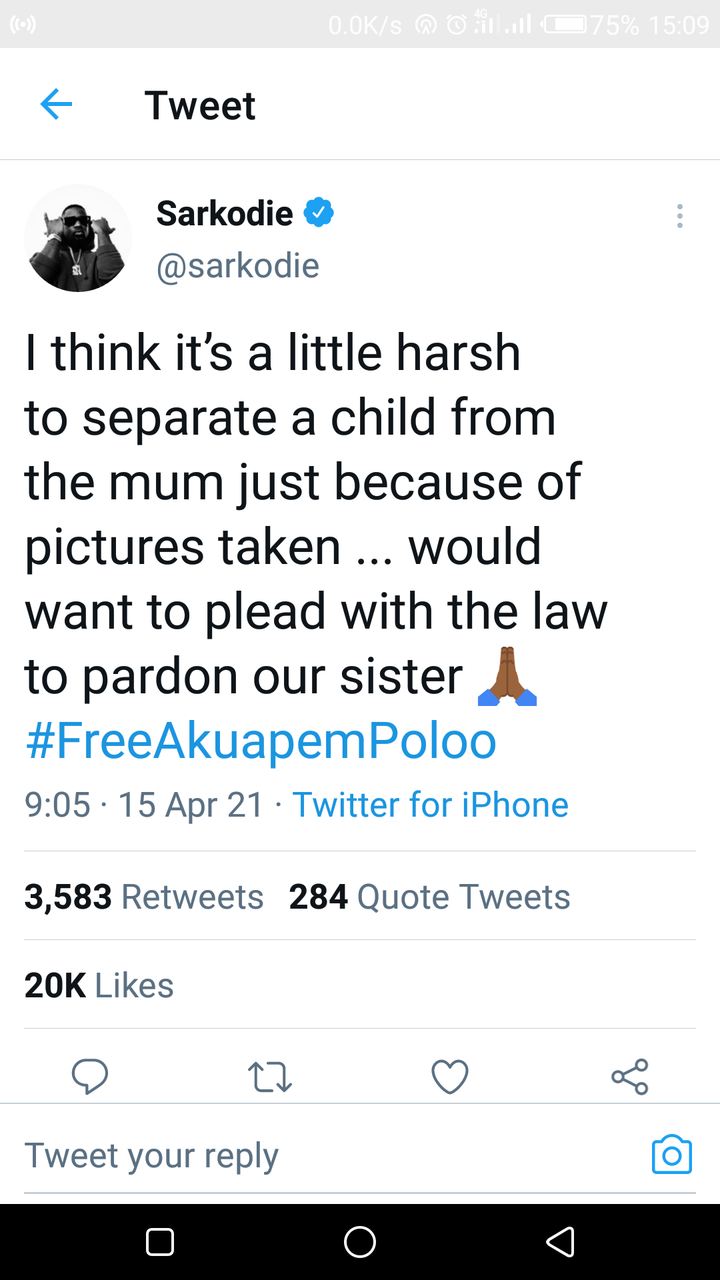 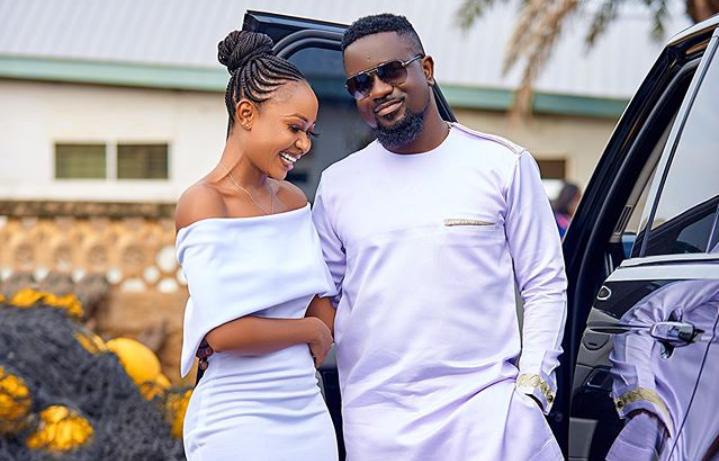 Ghanaian actress Rosemond Brown, popularly known as Akuapem Poloo, has been sentenced to three months in prison for posting a naked photo of herself on social media beside her son.

But as soon as the ruling was read, One of Ghana’s most influential musician Sarkodi slammed the decision, saying that the 90-day jail term was too harsh.

“I think it’s a little too harsh to separate a child from the mum just because of pictures taken. Would want to plead with the law to pardon our sister,” he said.

Sarkodi has played a prominent role in the online campaign to free Rosemond Brown from imprisonment. The campaign #freeakwapempoloo, is supported by top Ghanaian celebrities across various divide and they have been calling on the court to tamper justice with mercy.

Her trouble started with a photo posted last July as a way to mark her son’s seventh birthday, she was seen stooping in fron t of her son and holding his hands. He is wearing underpants. Her breasts are hidden by her long hair.

The image when viral and there was a huge backlash in Ghana and other parts of the country. Some people accused her of abusing her own child. The actress quickly realized her mistake and offered apology online. But the damage had already been done.

She was soon invited by Ghanaian police for questioning. Then again, it became a hot topic for advocates of child rights. Child Rights International, a non-governmental organisation, pushed for her prosecution.

Recall that last Wednesday, she was found guilty of publishing obscene materials, engaging in domestic violence and undermining the privacy and integrity of another person - and was taken into custody.

The announcement of her sentenced was postponed until today as the court was waiting for the result of a pregnancy test, which came back negative.

The court said the sentence would serve as a deterrent to the general public.

(VIDEO) "Who Will Fight For Me"? Mixed Reactions As Two Men Take Their Fight For Lady To The Streets

Funke Akindele Shows Off Her Makeup Face, Says "Her Makeup Artiste Made Her Look Good" (Photos)