Eniola Akinbo, also known as Niyola, a Nigerian singer-songwriter and actor, has spoken out about her departure from Banky W's Empire Mates Entertainment (EME). 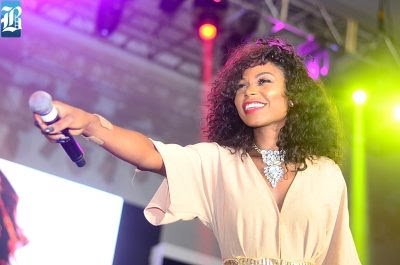 In a recent interview with Chude Jideonwo, Niyola chastised the defunct record company for marketing her incorrectly due to their business model.

The 'Toh Bad' singer also expressed her dissatisfaction with her departure from EME. "Any man who wants to be a businessman will think about being sexy when a female singer wants to do music... I'm hot, clever, and I believe in God, but it's also crucial for me to meet someone or someones that understand..."

"To be fair to the label, I believe that many times they simply didn't see it; they are businessmen, and they did things to the best of their abilities... I should have been promoted as the person I was, not just as a cute girl who can sing."

"Leaving EME wasn't a pleasant event....it wasn't happy in the sense that when you put your time, blood, and sweat into anything, you expect it to pay off...

But everything didn't go as planned....I was disappointed since I felt I should have done more while I was there...

Niyola began her music career in 2000, when she placed second in the 'Amen Starlet Competition.'

In 2012, she was signed to Banky W's Empire Mates Entertainment (EME), and her song "Toh Bad," which was released the following year and became a big record, marked the beginning of a new chapter in her music career.

Wizkid, Skales, and Shaydee were among the label's members.

Niyola, who has been absent from the music scene for some time, has returned to the Nigerian film industry. "Swallow," a Netflix Original, features her in the lead role.