By Lighthousemedia (self meida writer) | 19 days 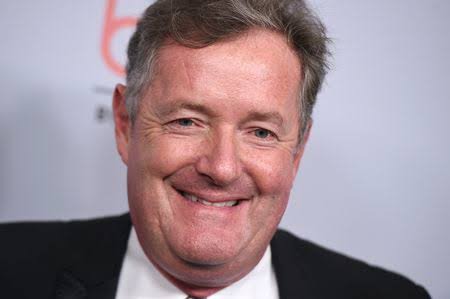 However, Piers Morgan wasn't impressed with the decision of Chrissy to return to Twitter after staying away for some time. According to Piers Morgan, there is nothing terrible about Chrissy taking a break from Twitter. He said that the terrible thing is Chrissy finally making a comeback to Twitter. According to Morgan, Chrissy is a narcissist celebrity troll who simply loves to troll other people on the social media platform. 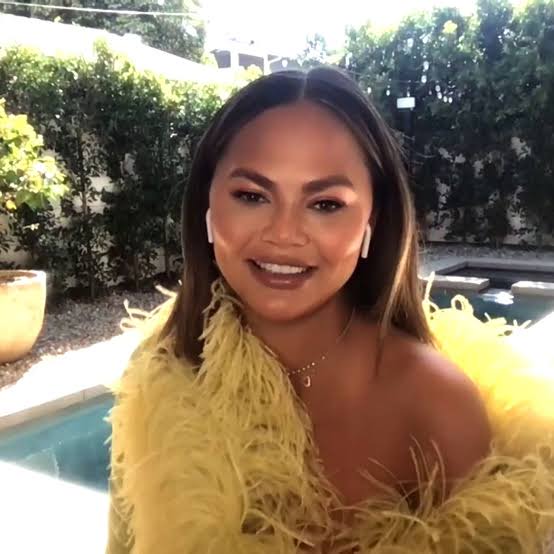 Morgan said that it is terrible to see a troll like Chrissy Teigen dramatically announce that she is quitting Twitter because the platform is so mean to her, get all the sympathy for their bravery, and then come crawling back a few weeks later because they miss trolling people so much. Morgan is certainly not impressed with the move made by Chrissy. He simply thinks that Chrissy was simply trying to gain attention when she announced that she had left twitter.

Morgan sees Chrissy as a celebrity troll who enjoys trolling other people. Morgan thinks that Chrissy was never overwhelmed by any form of meanness seen on Twitter, instead, she was the one who always looks for people she would troll and be mean to. 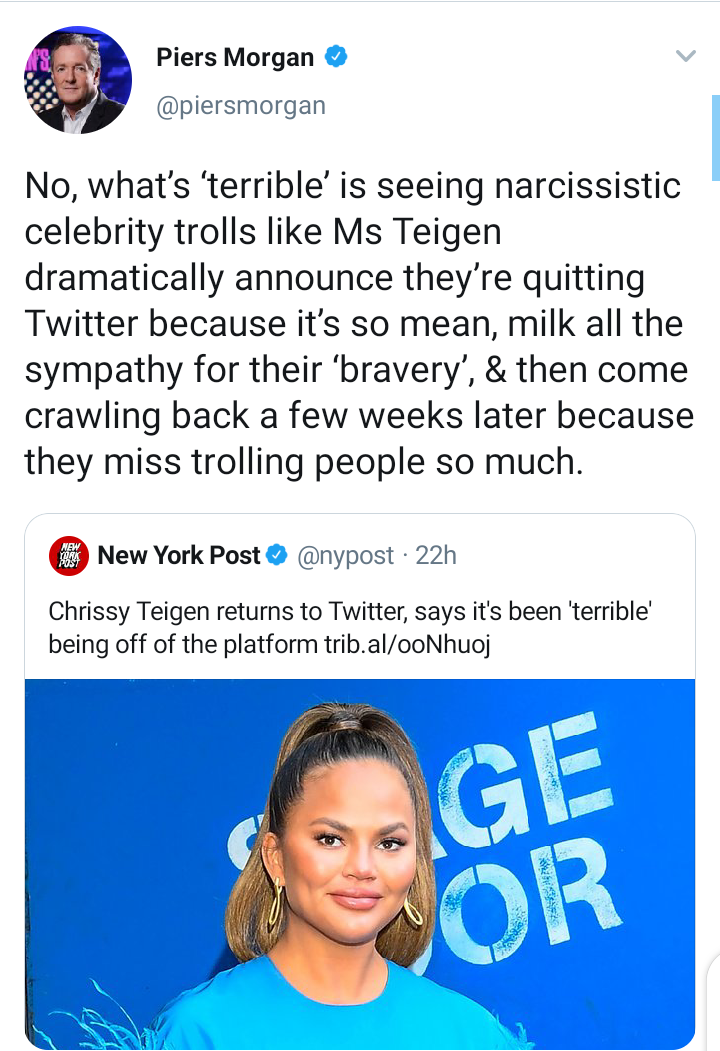 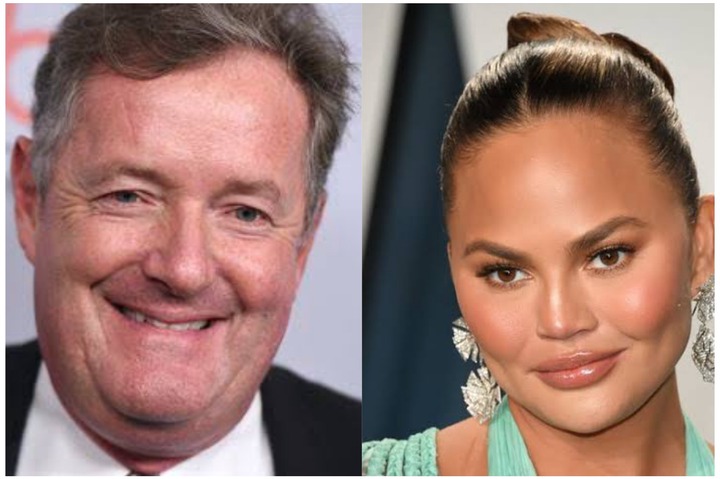 Doctor Advises People Who Are 30 Years Old And Above

Checkout fans' reaction as Don Jazzy shares a screenshot of his chat with an unidentified lady.