By ToluMartins (self meida writer) | 27 days

There are different ways in which people usually display their emotions anytime that they are happy or sad. Recall that a few months back, a Ghanaian actress who is also a mother of one displayed her emotions in an indecent way that got people talking. Rosemond Brown, otherwise known as Akuapem Poloo celebrated her son's birthday a few months back and she did the unimaginable just to show how happy she was during her son's photoshoot. 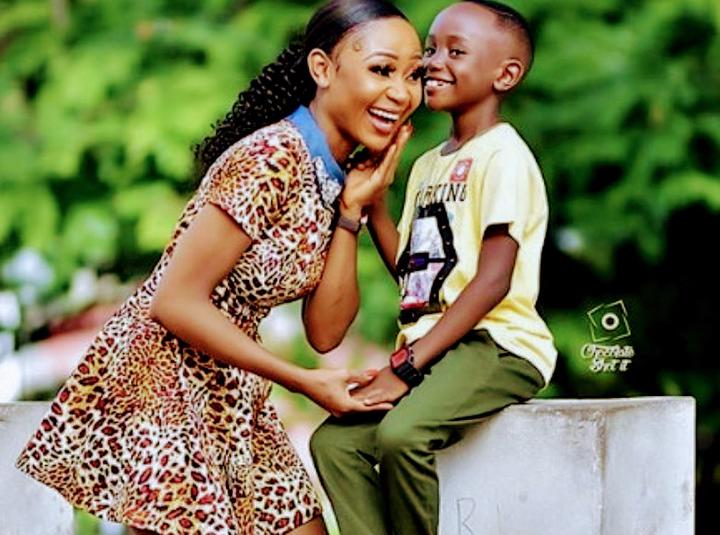 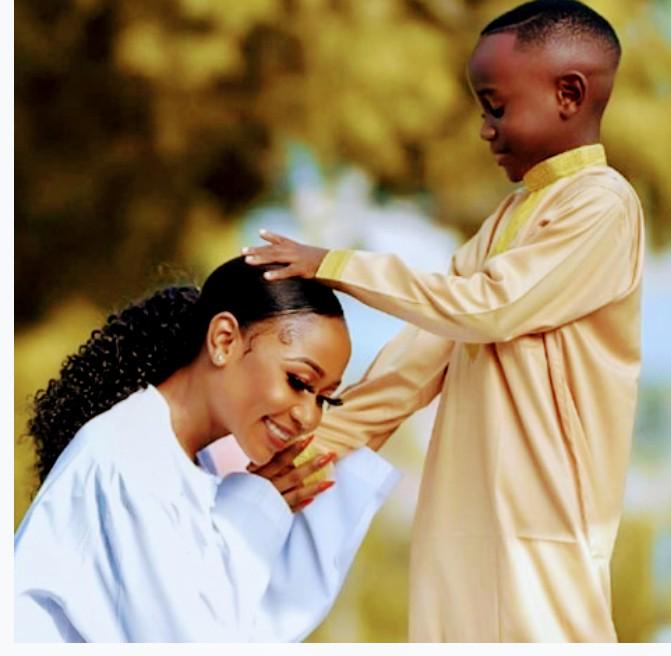 In the quest of doing something to satisfy her son and her fans, she did an unbelievable photoshoot with her son, the actress revealed her body in front of her son. And when her fans asked her the reasons for her action, she replied that that is the exact way she gave birth to her son. She made it know that she went naked because, she brought her son to the world without any cloth on her, therefore, she plans to dedicate the day he was given birth to the same way. 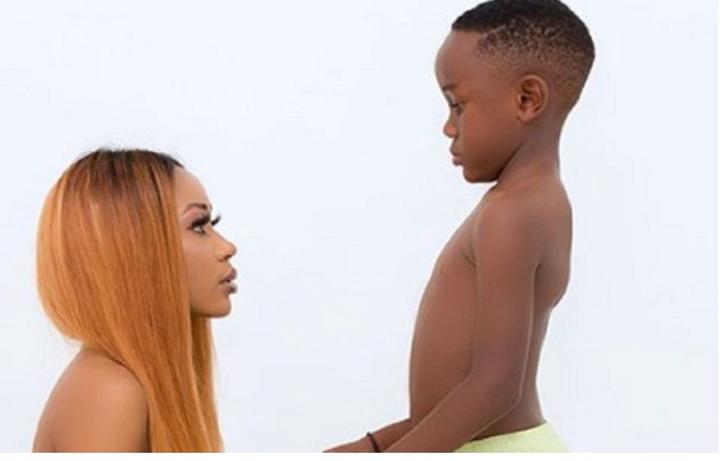 After she shared these pictures on her Instagram page, a lot of people were surprised at what she posted and they questioned her. The pictures went all over the internet from Ghana to Nigeria. She received series of criticism all in the name of a birthday photoshoot.

Shortly after the pictures went viral on social media, she decided to take the pictures down to avoid further dragging and she made an apology video after she realised her fault. From what she said:- ‘I have not been myself and the sadness is eating me up after I posted a naked picture of my son talking to him on his birthday.’

‘All I want to say is please pardon me, it will never happen again. I did not post it for any nasty motive, it was out of pain that I went through when I gave birth to my son. I felt the post is not good and I took it off. Looking at the caption and the remarks on my page, I have regretted posting it. I just want to say a big sorry to whoever I hurt by posting those photos, if not because of me, pardon me because of my son.’- Akuapem Polo apologised to her fans.

She begs for mercy 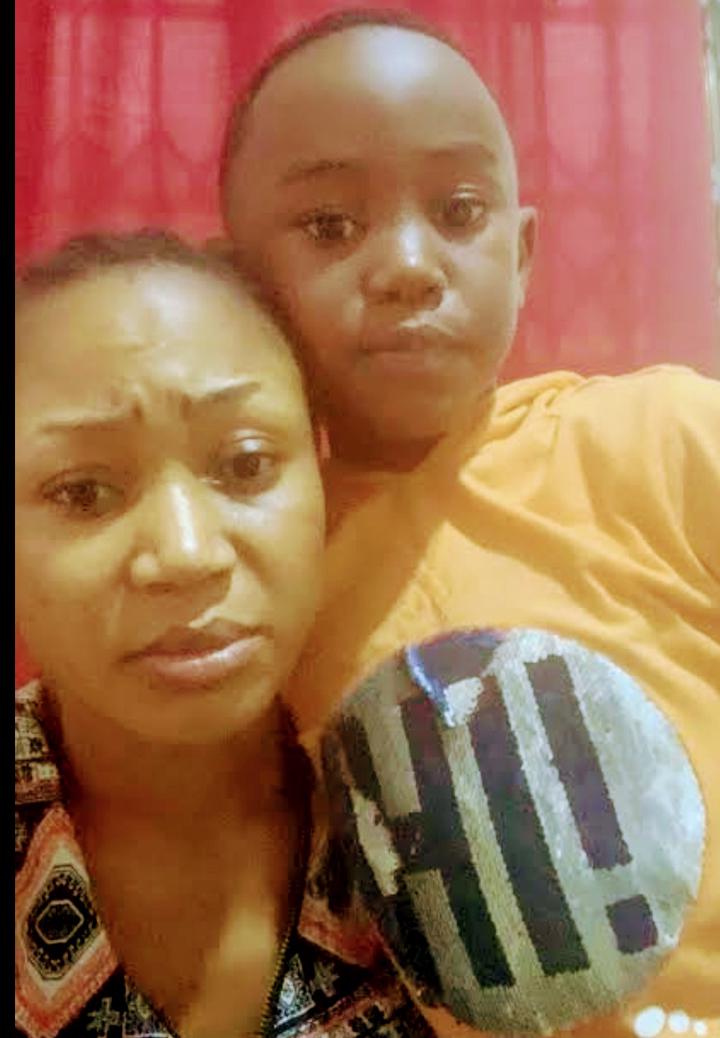 Even though she took the posts down and asked for pardon from her fans, the child’s right organisation didn't listen to this, they were on her back until she was charged to court and after few months, the actress was sentenced to ninety days imprisonment for publication of obscene material and domestic violence by the Accra Circuit Court.

Shortly after she was sentenced to prison, she made a video where she thanked her fans, bloggers and musicians who supported her during her trying time. But, as an actress, this is not a good thing for her because, after her 90 days jail sentence, people may call her an ex-convict on social media.

The Actress and her son 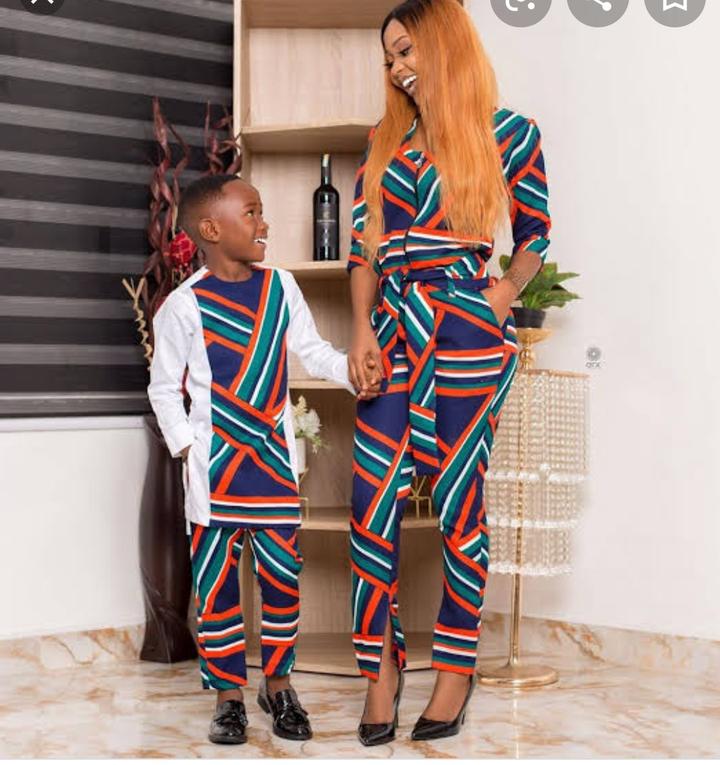 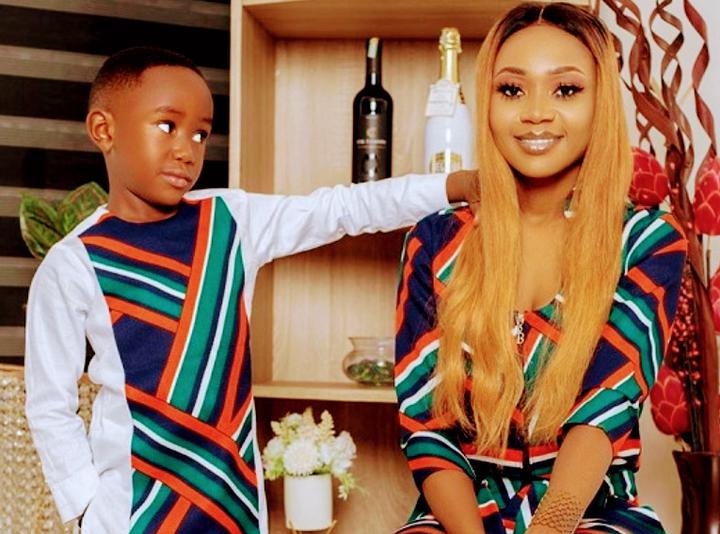 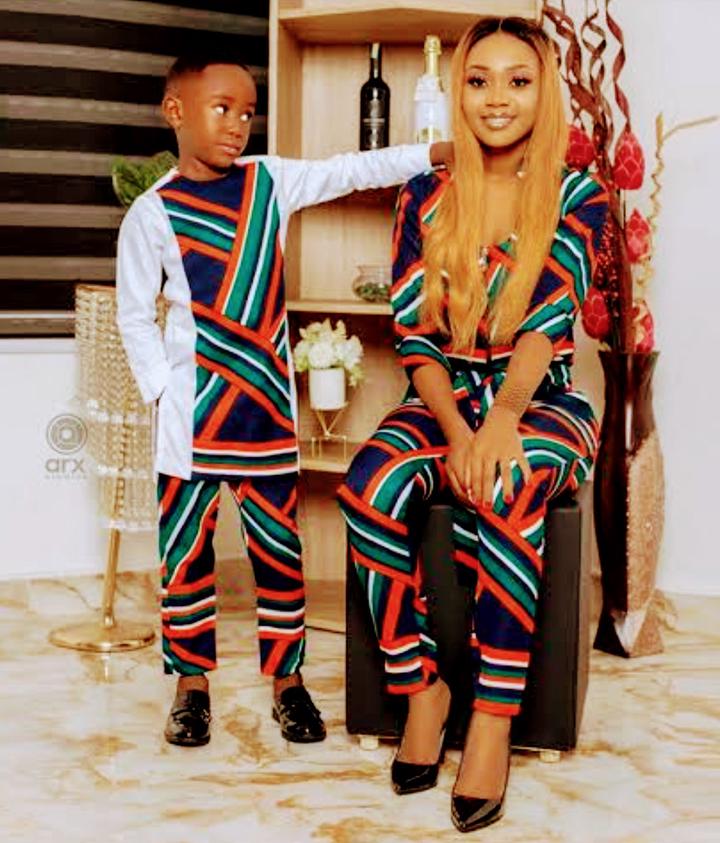 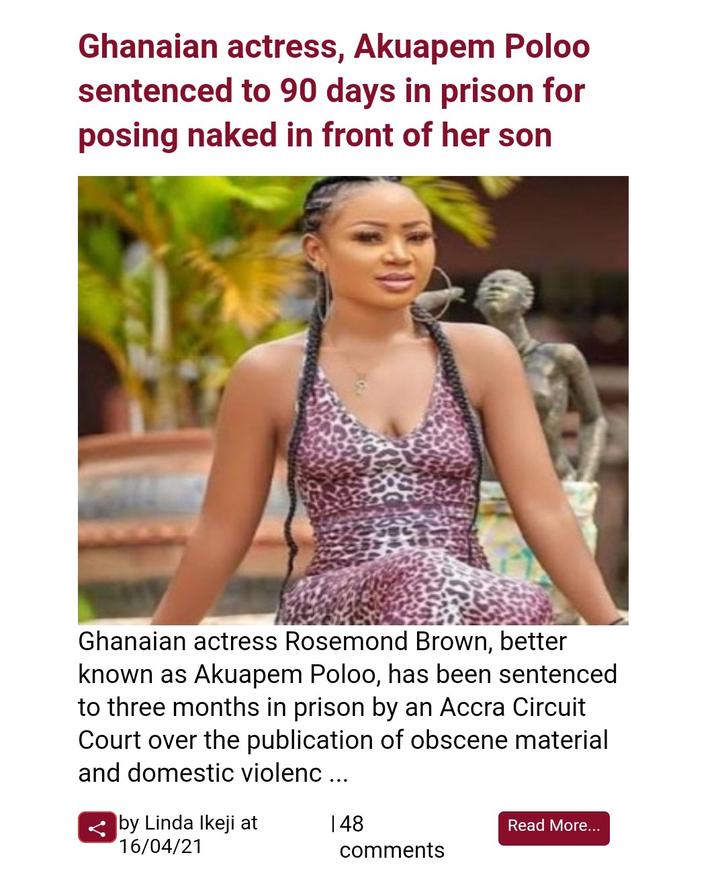 Among these 5 young actresses, who has the best acting skill? (photos)

Video: "I Told Iniubong I wanted To Sleep With Her and She Gave Me One Condition", Udak Akpan Claims

Check out Photos Of 96-Year-Old Igbo Woman Who Has 12 Children, 36 Grandkids And 43 Great Grandkids