By Magneto (self media writer) | 9 months ago 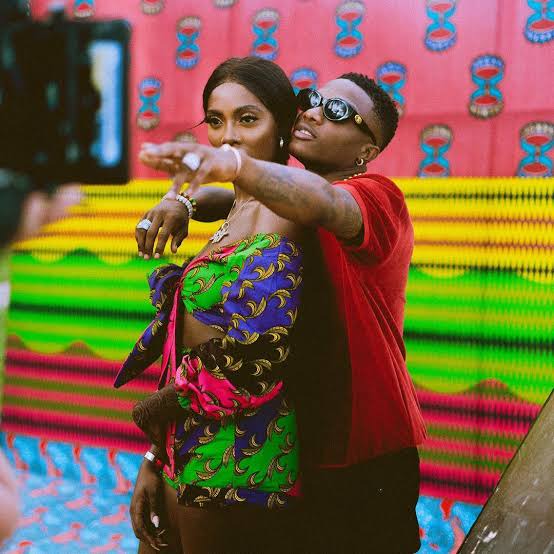 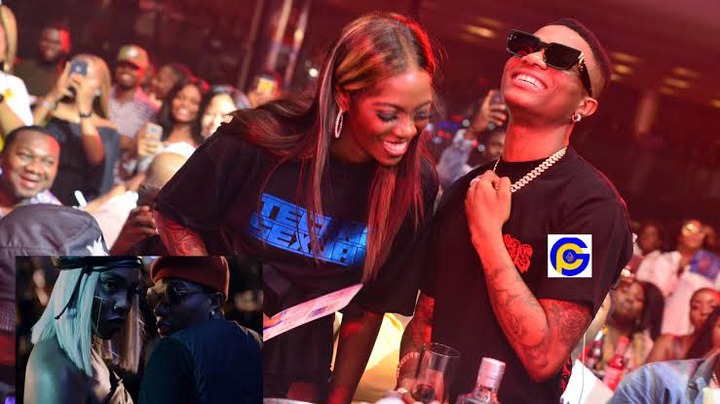 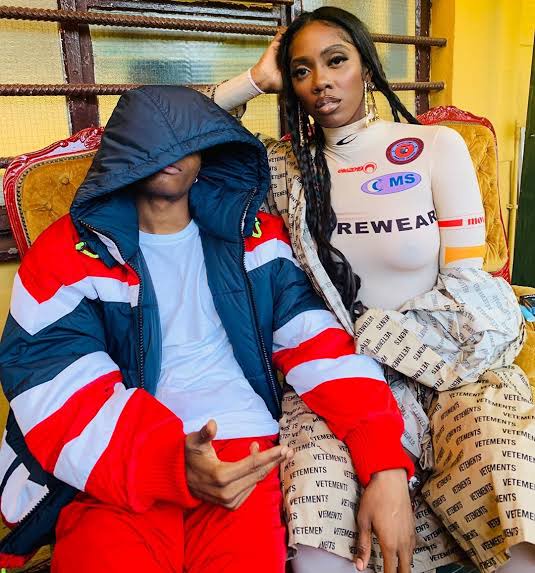 Since the music break up between Wizkid and Tiwa savage many of Wizkid’s fans known as Wizkidfc have stopped engaging Tiwa savage’s posts and they have also stopped hyping her like they used to do before Wizkid and Tiwa Savage went their separate ways. 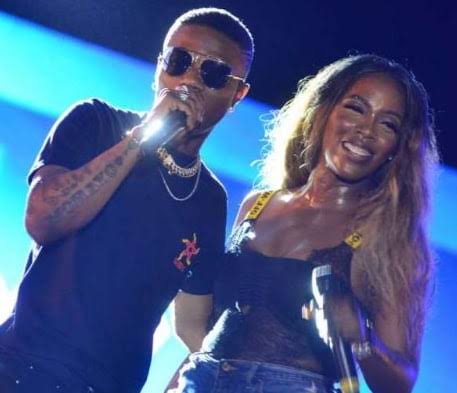 Lately, Wizkidfc have been seen hyping Tems who featured on Wizkid song Essence and this has been giving some fans of Tiwa savage headache as they felt Wizkidfc are using Tems new reign to spite Tiwa Savage, in their tweets they made it known that Tiwa Savage is bigger than Wizkid and if not for Tiwa Savage Wizkid wouldn’t have gotten his first 1 million views within 24 hours on YouTube. 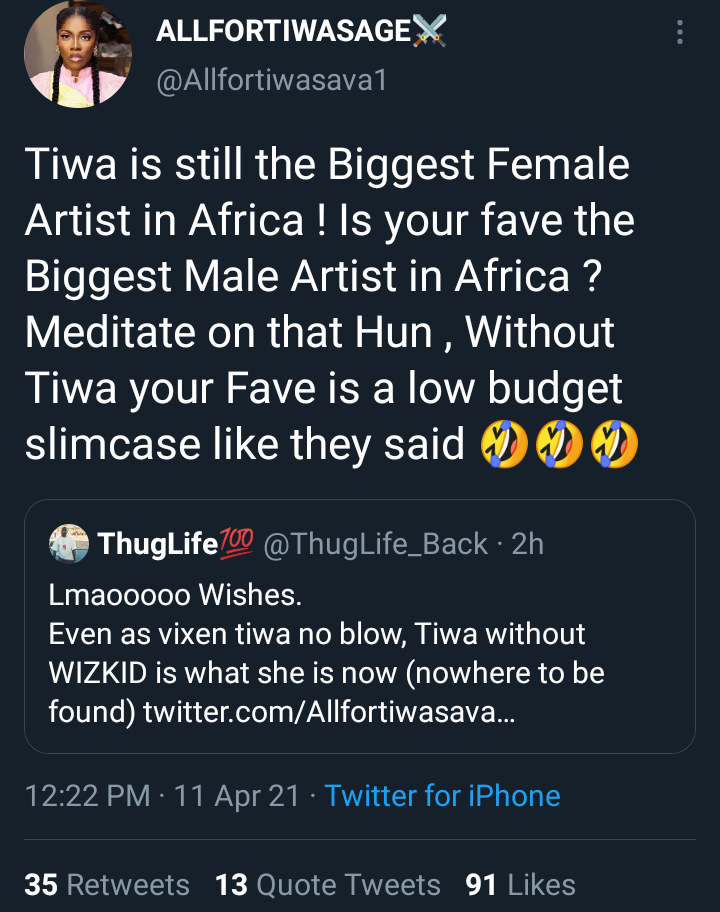 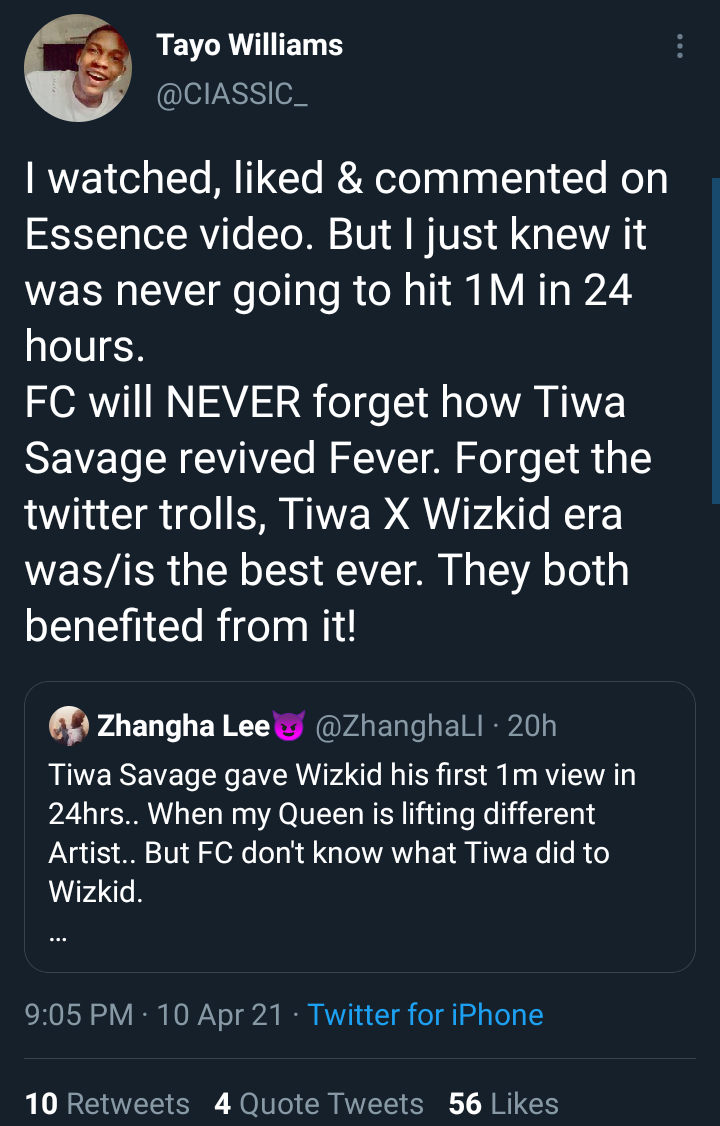 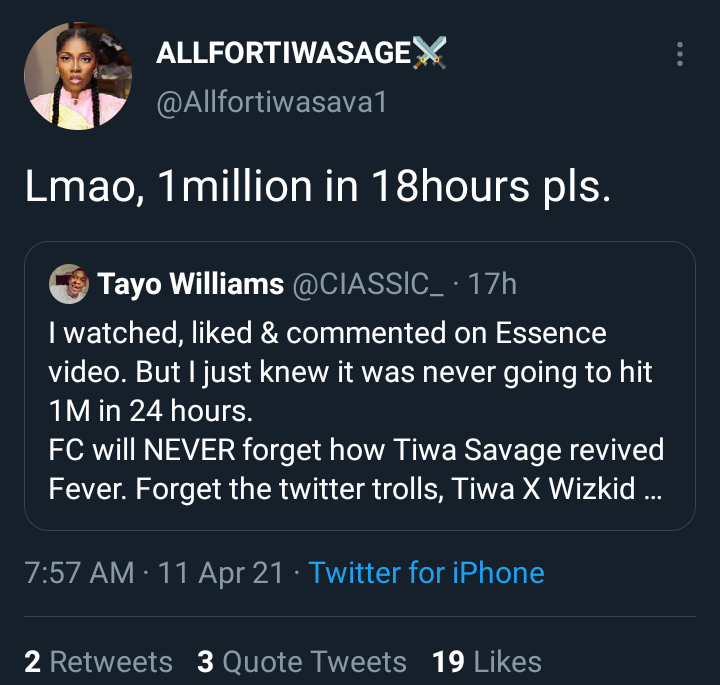 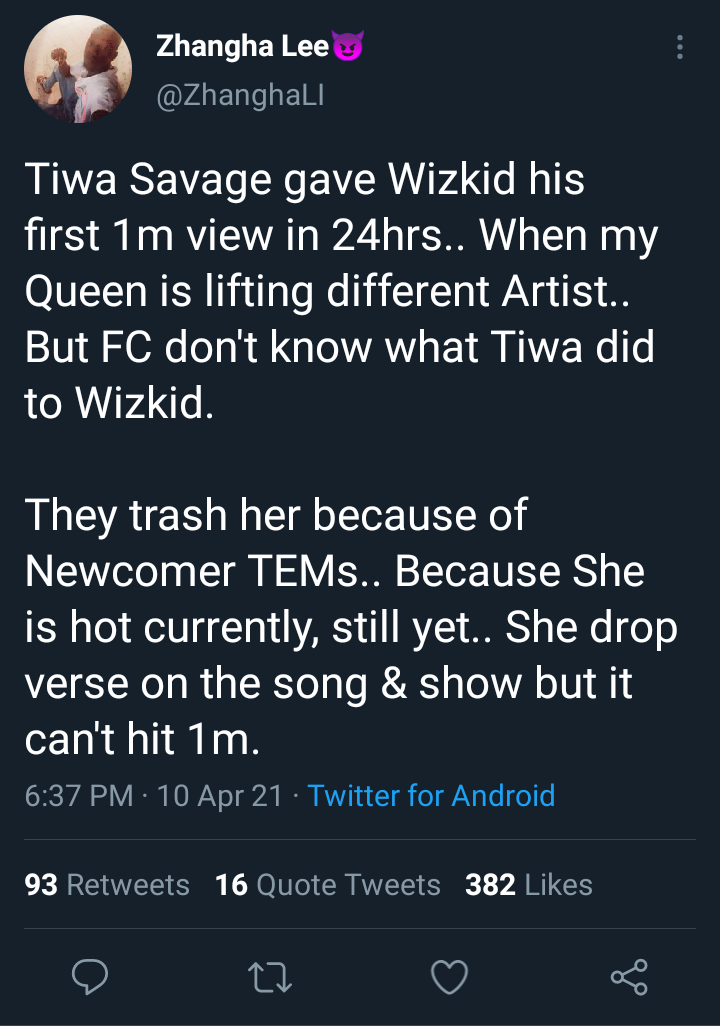 In their reply, Wizkidfc made it known that Wizkid has already set the record of 1 million views on YouTube within 24 hours with Come Closer and that Wizkid is forever bigger than Tiwa savage and that’s the reason he used her as a video vixen instead of a featured artist on Fever video. 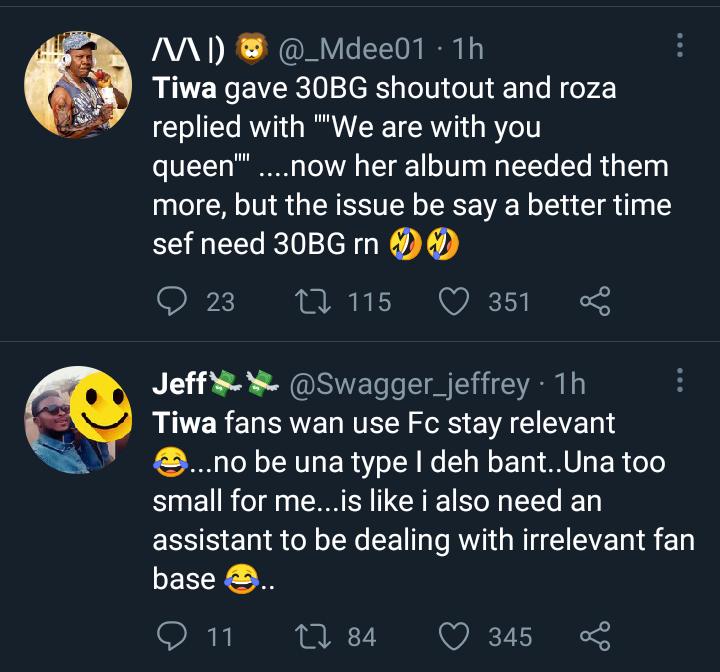 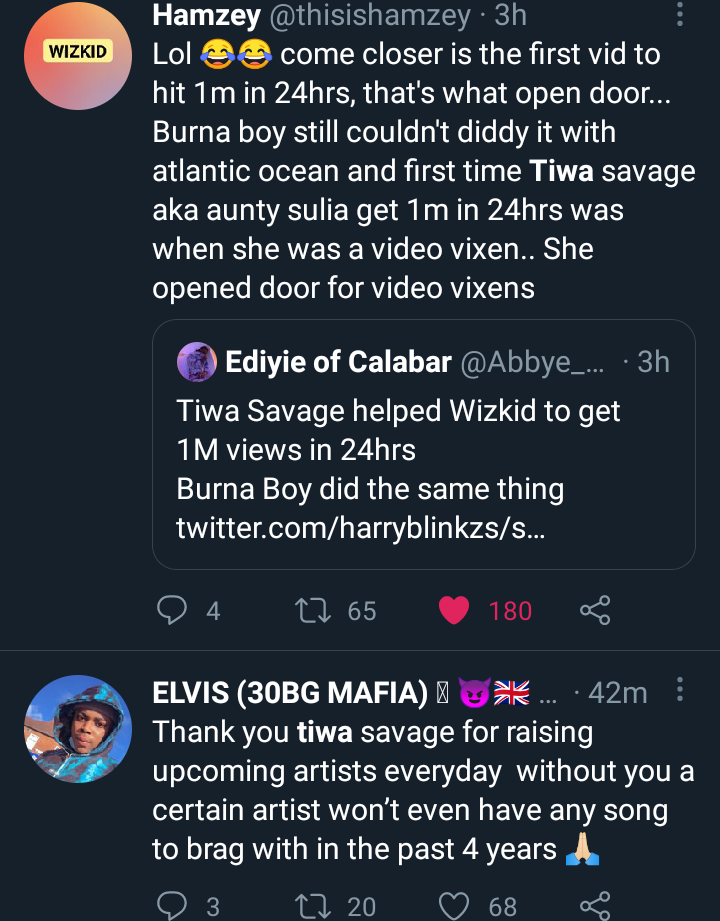 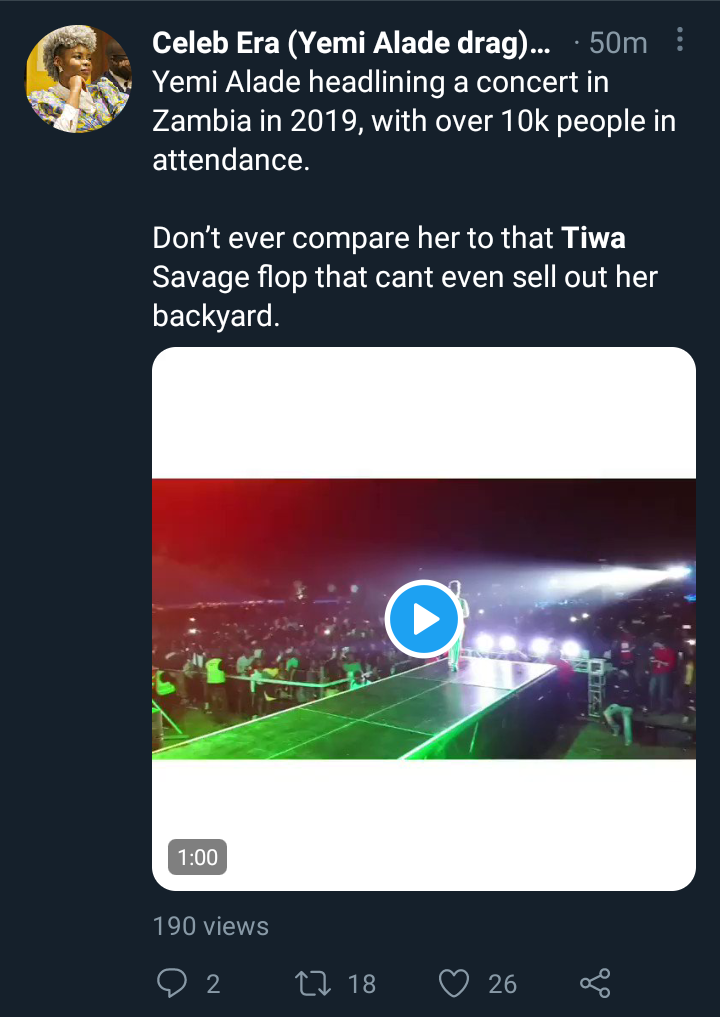 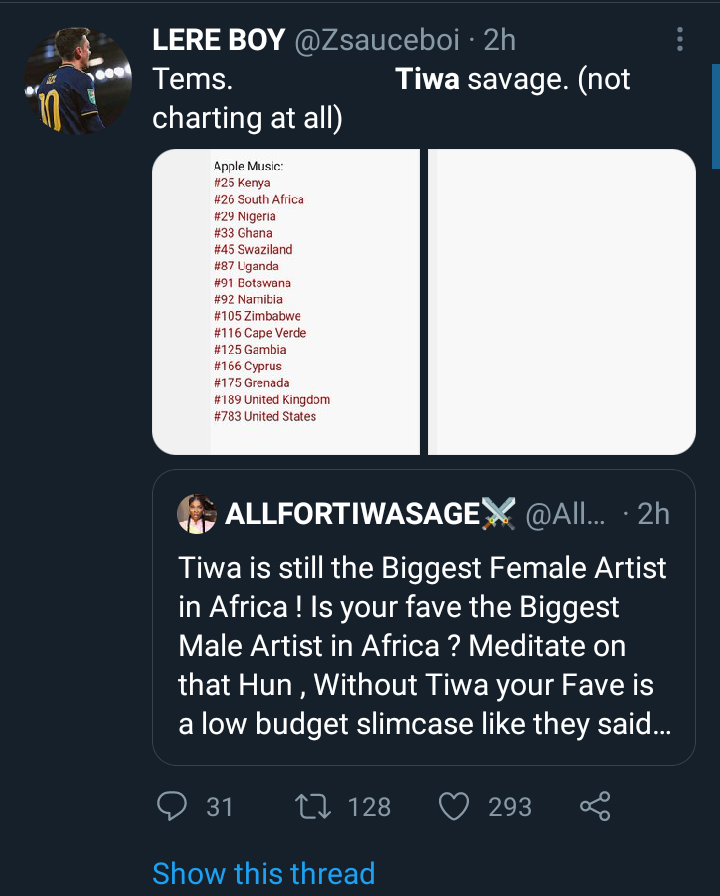 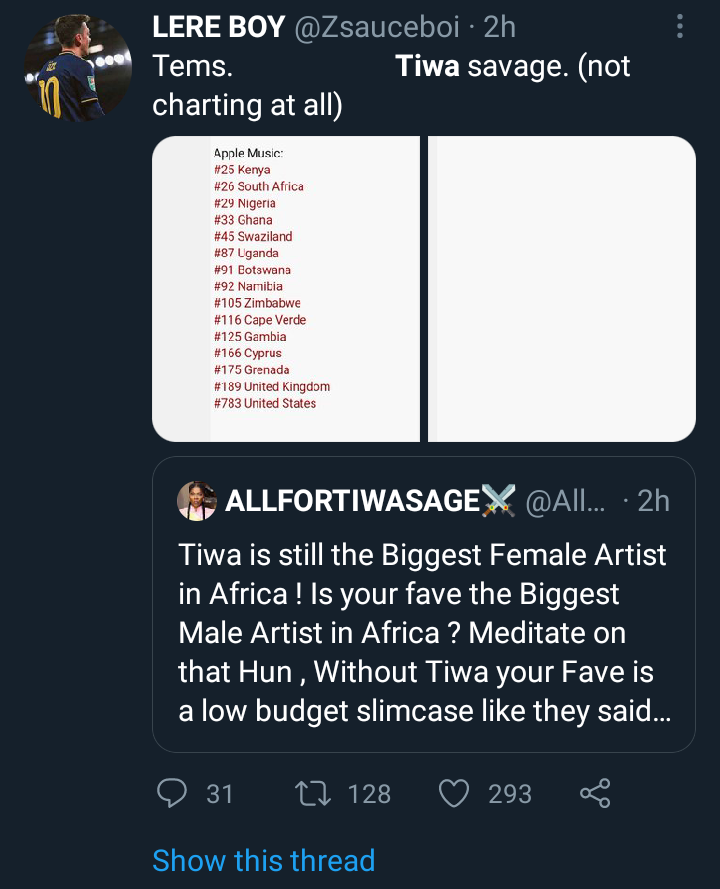 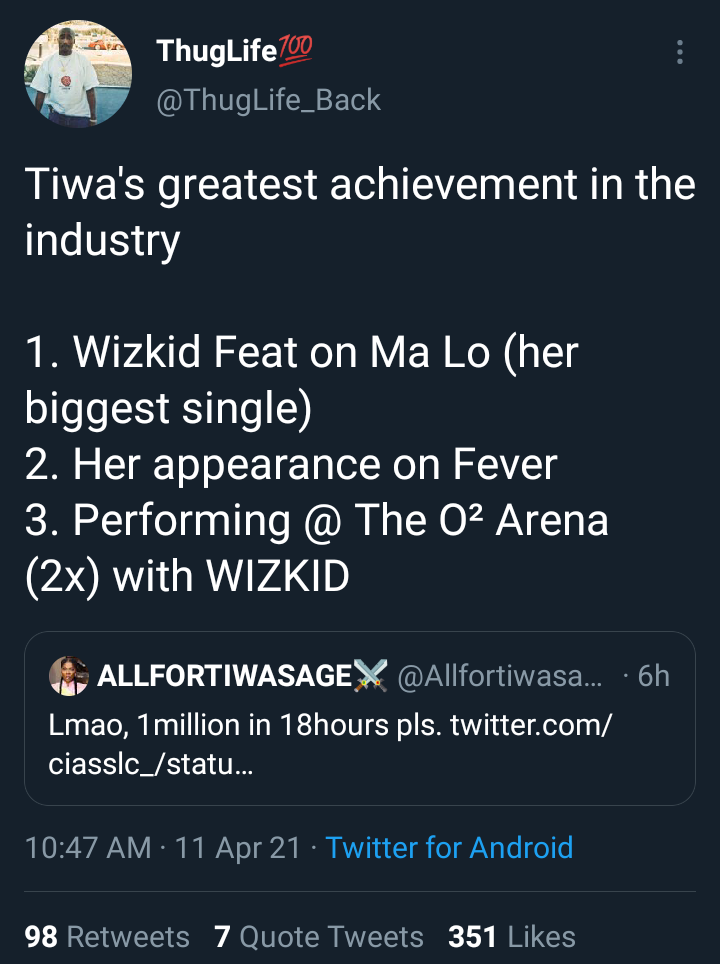 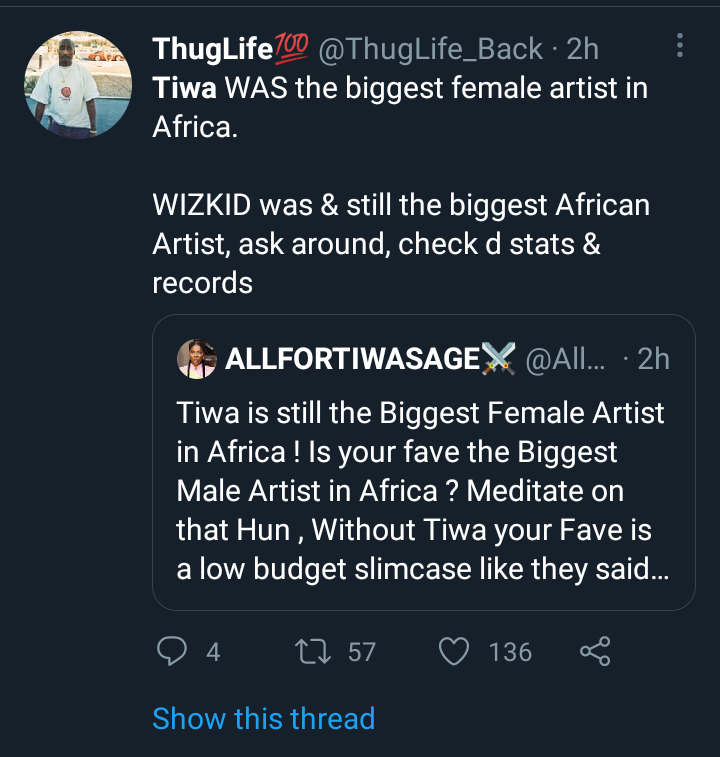 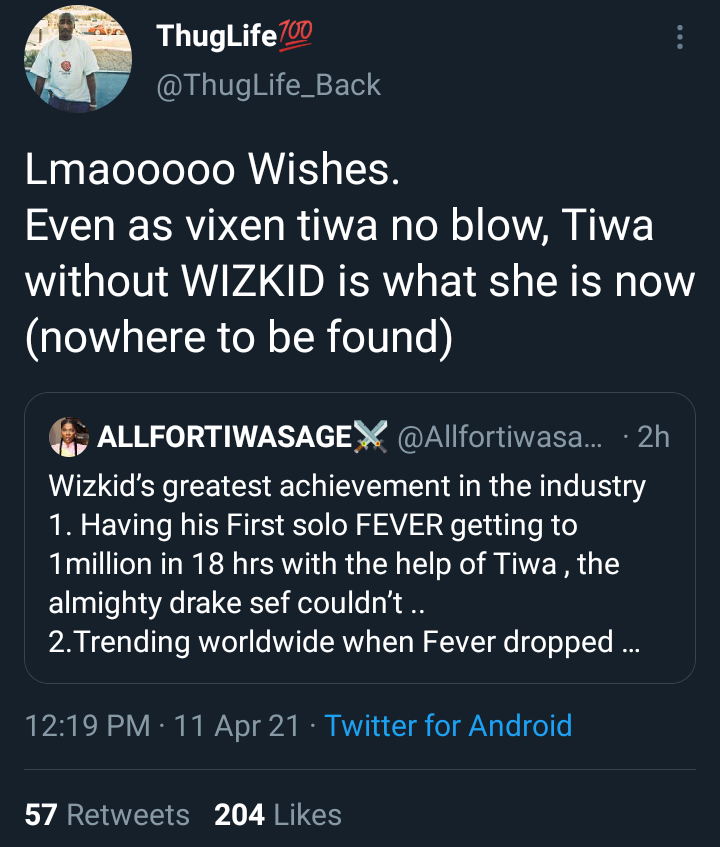 They also made it known that Wizkid gave Tiwa savage her biggest song “Malo” which is her most streamed song on YouTube and Spotify and that since Wizkid left her, she has been having difficulties having an international breakthrough.