The Truth On What Happened To Brick And Lace

"Love Is Wicked", Sounds familiar right? Anyone born before 2003 must have conciously lived through the music era when two beautiful sisters from Jamaica blessed our air waves with the club hit. However, many may be wondering where they are now. Read, as we take you through their history and what eventually happened to the girl-group. 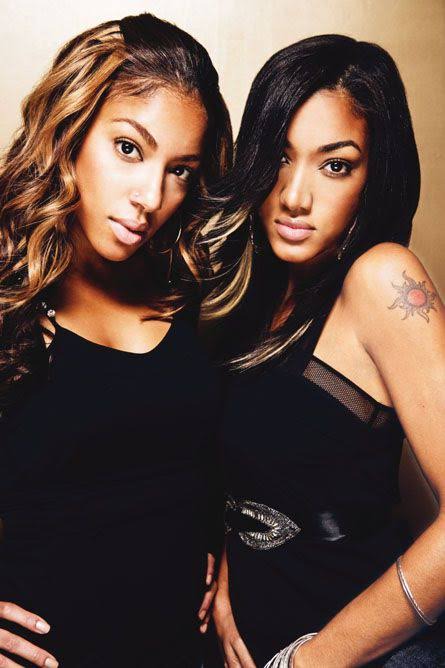 Brick & Lace was a Jamaican-American dancehall/R&B (or reggae fusion) musical duo. It consisted of two biological sisters Nyanda and Nailah Thorbourne. They were born to a Jamaican father and an Black American mother. According to Billboard, their group name (Brick and Lace) reflects the tough and the soft sides of being a woman.

When signed to the Geffen label, the group originally consisted of three performing sisters Tasha, Nailah, and Nyanda. However, Tasha later left the stage to work behind the scenes , co-writing songs for the group. In 2006, there was a release of both their first Geffen Records' single "Get That Clear" and their first album Love Is Wicked.

Brick and Lace (as a duo) were later on signed by hip hop singer and songwriter Akon , to his record label, Kon Live Distribution. The duo have gone for many international tours ; including countries like Nigeria , Kenya, Malawi, Rwanda, Senegal, Tanzania, Uganda, Zambia and Zimbabwe.

The 2007 Club banger Love Is Wicked was released by the all-girl Jamaican duo. Their debut album, Love Is Wicked, had a limited release in various countries on 4 September 2007. The album spawned four singles, "Get That Clear (Hold Up)", "Never, Never", "Love Is Wicked" and "Take Me Back". "Love Is Wicked" was listed on six different charts, including the Sverigetopplistan, the Sweden Singles Top 60 and the France'd SNEP Singles Top 100. It reached number 6 on the Finland. Its highest entry was number 9 in the France Singles Top 100. "Never, Never" was a hit in Finland, performing also well in Kenya, where it reached No. 14 in 2008. Brick & Lace performed in Gwen Stefani's The Sweet Escape Tour on 24 May 2007, in Camden, New Jersey, filling in for Lady Sovereign, who failed to attend. In 2008, the after-effects of their first album hit and the sisters went busily on many tours for the year, most notably in Europe and Africa by popular demand, and also produced a few new songs such as "Cry on Me" and "Bad to di Bone". In the year 2009, Brick and Lace released their single called "Bad to di Bone" which became a well-known track in European and African countries. A French collaboration was even presented hence popularity. This new single was intentionally pinned out to appear on a new upcoming album, but instead was re-based on "Love is Wicked", which was re-released for a second shot at fame and success. In July 2009, the duo penned another hit track called "Room Service", a summer hit released from the new Love is Wicked album. Starting off the year 2010 with releasing four new songs in March, the Brick and Lace Summer 2010 European Tour was soon announced straight after. An upcoming second single and music video to promote their second album was said to be imminently soon when the girls were interviewed in December 2009. They released "Bang Bang", "Ring The Alarm", and "Shackles" as buzz singles for their upcoming album and withdrew "Club It Up" from internet markets for future plans. Finally settled with the release of their debut album, with two international platinum singles: "Love Is Wicked" and "Bad To Di Bone", the sisters started the last of the Love Is Wicked International Tour era by producing a final tour for the African, European and Asian fans globally. Soon after May 2010, they revealed to African press that Nyanda was pregnant and was expecting a baby soon. However , for more than a decade , another hit hasn't been released by this duo. Many may be wondering where they are now. Well this is what happened to the duo.

What Happened To The Duo?

According to the Jamaican Observer ,‌ ‌what started of as a trio, and then morphed into a duo , eventually went into another transition. The group disbanded, as one of the sisters Nyanda Thorbourne decided to step away to pursue a solo career.

"I am both terrified and excited at the same time," she told the Jamaican Observer from her Florida base. "After being one half of a group for so long, the time has come for me to find myself as a whole... to stand on my own two feet, and I am feeling the pressure. I try not to think about it too much so I am just concentrating on the music," Thorbourne said.

She spoke candidly about tensions which arose from creative differences and the vision each sister had for the group. But Thorbourne was quick to point out she is not averse to a reunion. "It was just time. There was always a lot of tension and a wanting to explore and do different things. So we both felt this was something we needed to do at this time," she said. "There was always the feeling that we had to compromise. If I wanted more of a dancehall feel for a song and she wanted more R&B; if a video should look this way and even on a photo shoot, who preferred which shot and angle," she said. She stated that their competitive nature may have gotten in the way. "Sibling rivalry may have become part of it, but the love is still there. I really just wanted to spread my wings, just wanted to fly and couldn't help but feel like there was a brick on my foot holding me down," Thorbourne said. "I can't wait to get back to Jamaica and do some stuff. Jamaica gives me the edge I need."

Formed more than a decade ago, the Brick & Lace group had consisted of Nyanda, Nailah and Tasha Thorbourne. Tasha left the group, but continued as a co-writer. The sisters recorded an album — Love Is Wicked — for American hip-hop artiste/songwriter Akon on his Kon Live Distribution label in 2007. 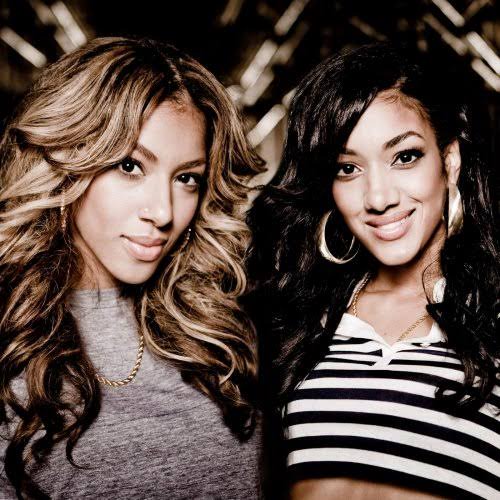