Poverty Is A Curse: See What Wizkid Has Achieved At The Age Of 30 (Photos)

By StephyBlog (self media writer) | 1 year ago

Poverty Is A Curse: See What Wizkid Has Achieved At The Age Of 30 (Photos) 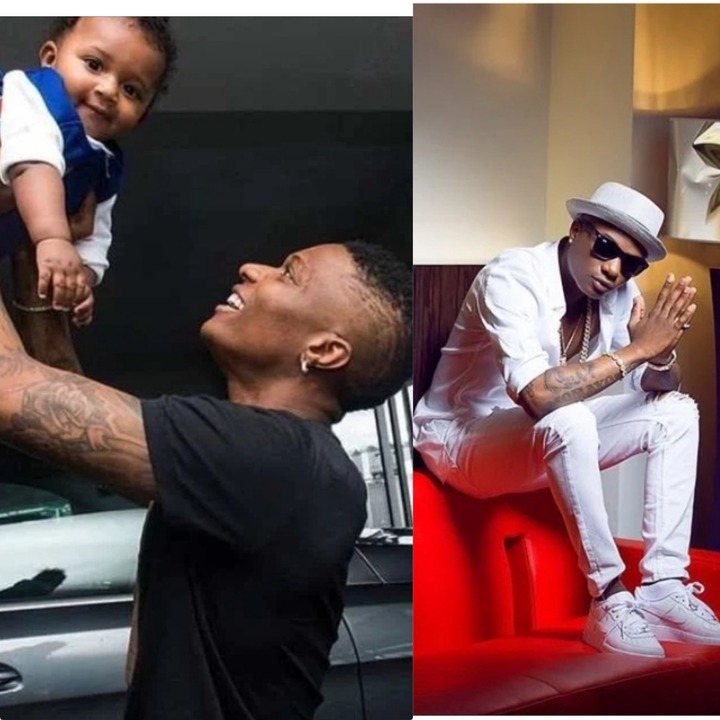 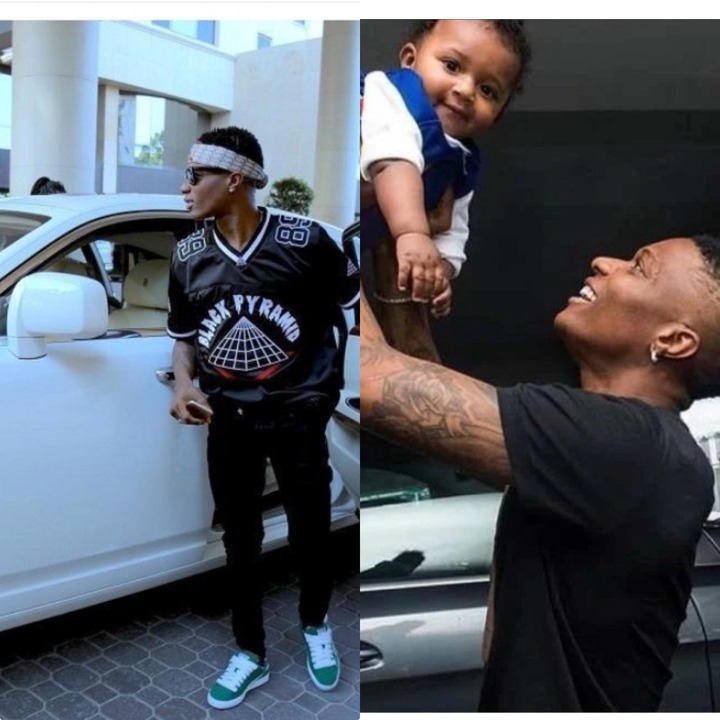 Ayodeji Ibrahim Balogun, known professionally as Wizkid, is a Nigerian singer and songwriter. He began recording music at the age of 11 and managed to release a collaborative album with the Glorious Five, a group he and a couple of his church friends formed. 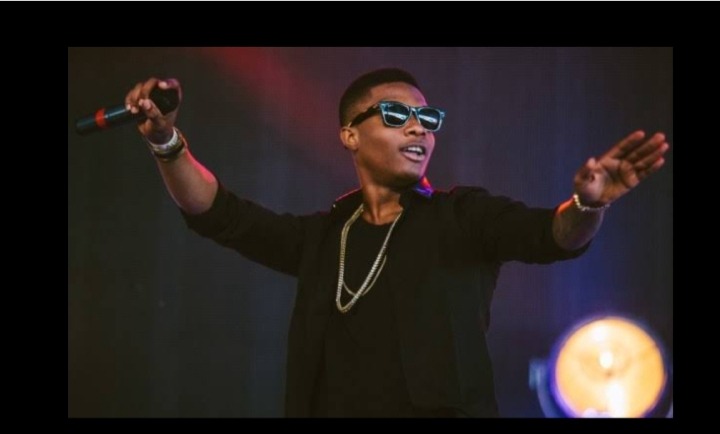 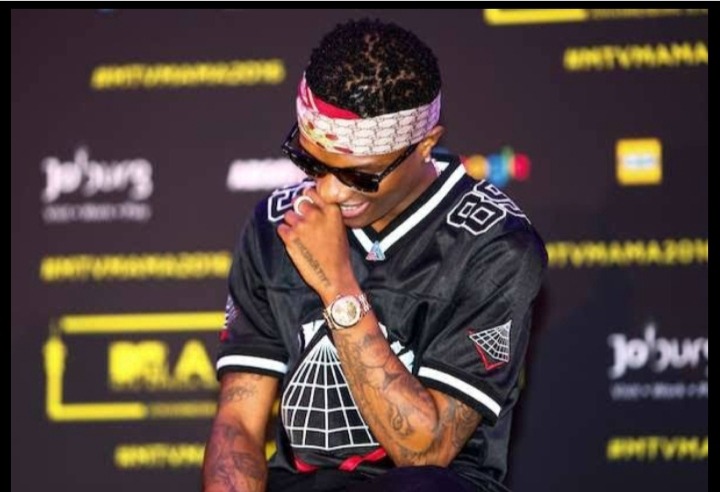 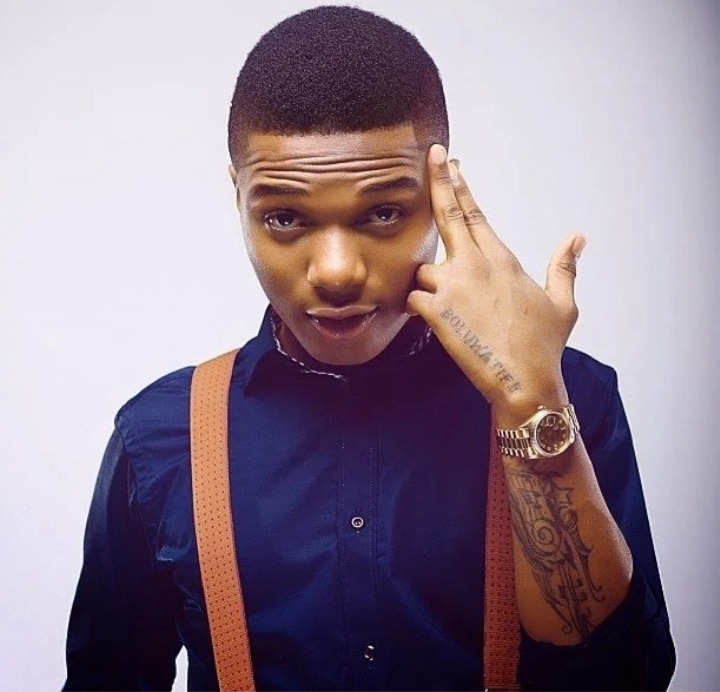 The father of three has done well in changing the status quo and making Nigeria proud by selling out international concerts and getting nominations for international awards as well as winning them. 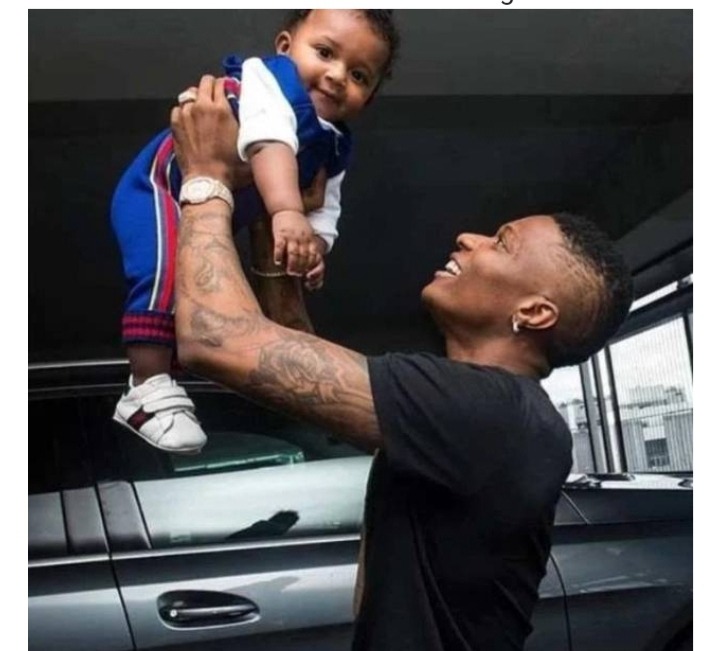 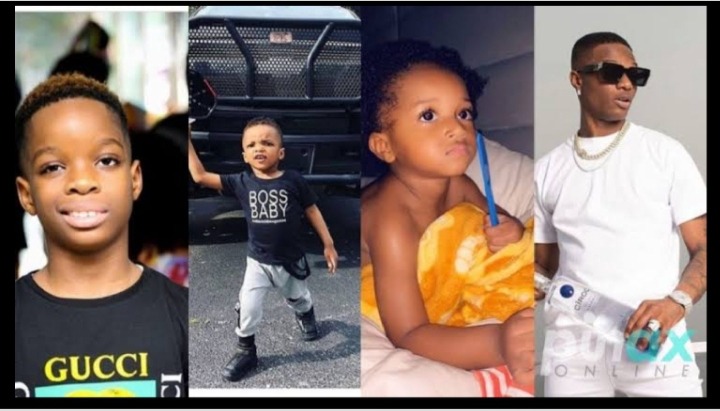 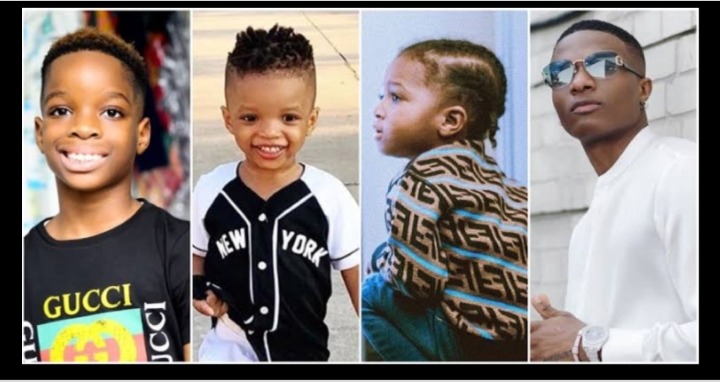 When it comes to endorsement deals, Wizkid has made a lot of money from a number of them. From Pepsi to MTN and even Glo, the music star has cashed out hugely from these telcos and multinationals.

He has 3 Albums to his credit

He was the Nigerian Artiste with the most award nominations in Nigeria As of 2017, Wizkid has received a total of 43 awards from 157 nominations 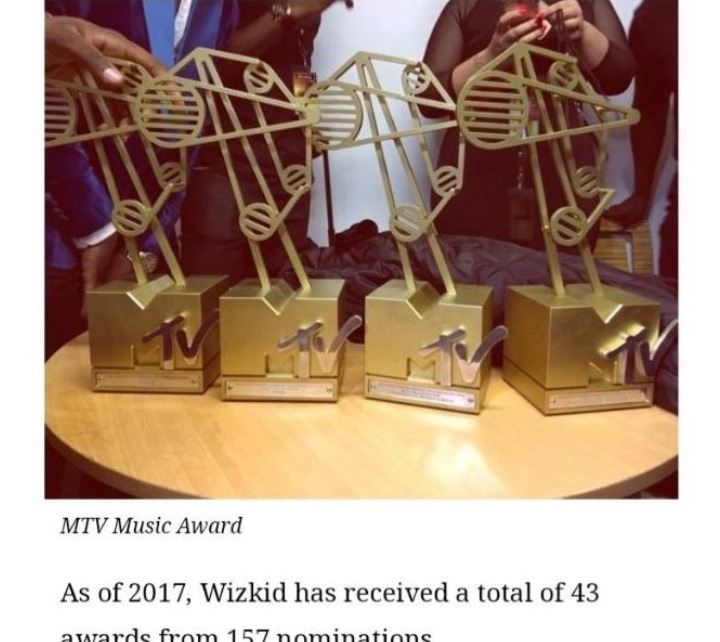 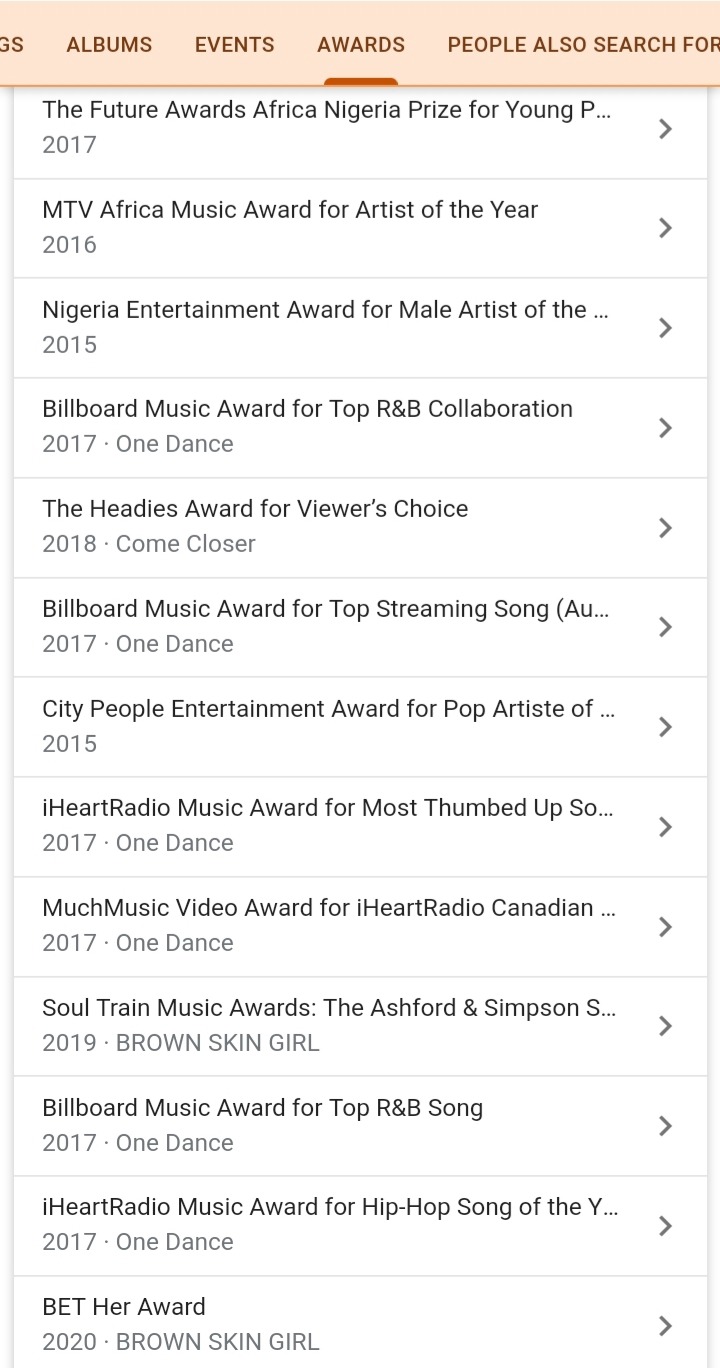 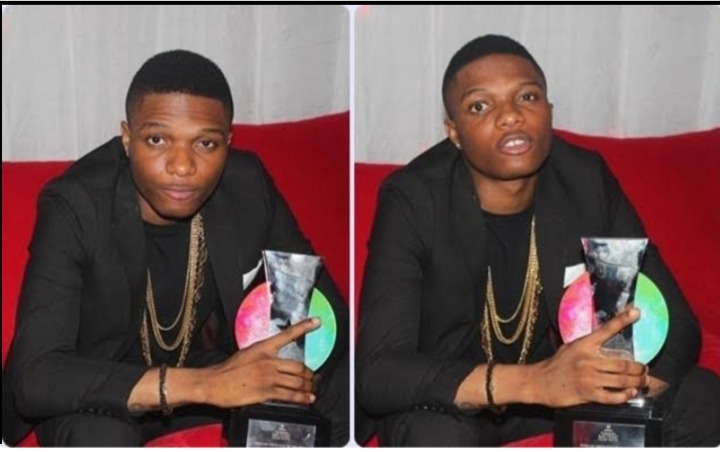 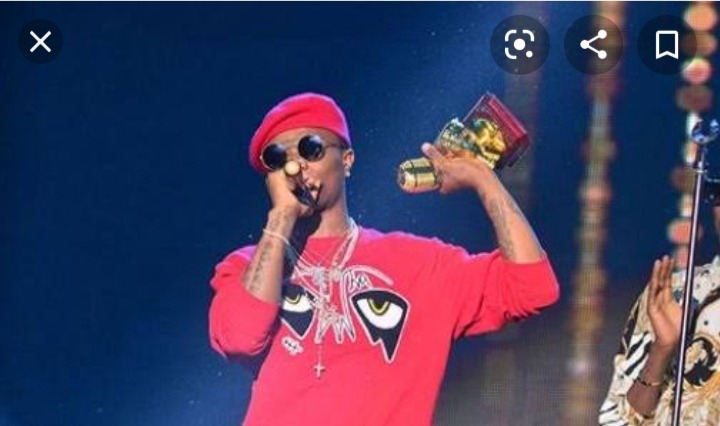 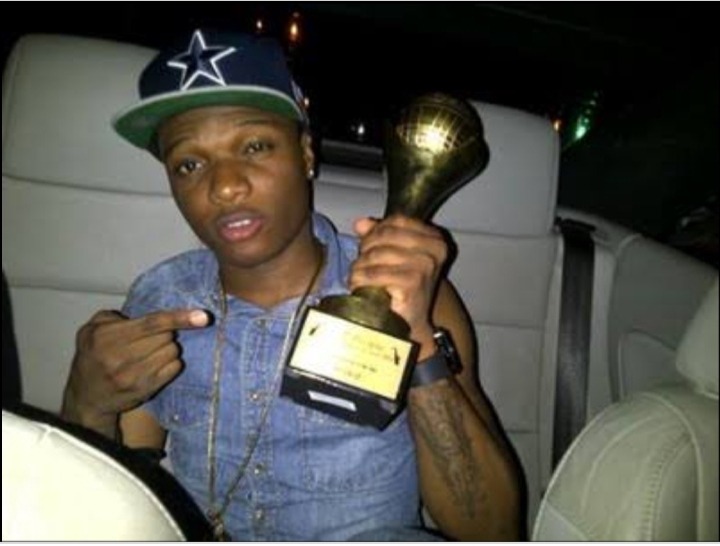 Do you know? There's a day set aside for Wizkid in Minnesota because the last time he performed there, he had a sold-out concert at the Skyway Theater. 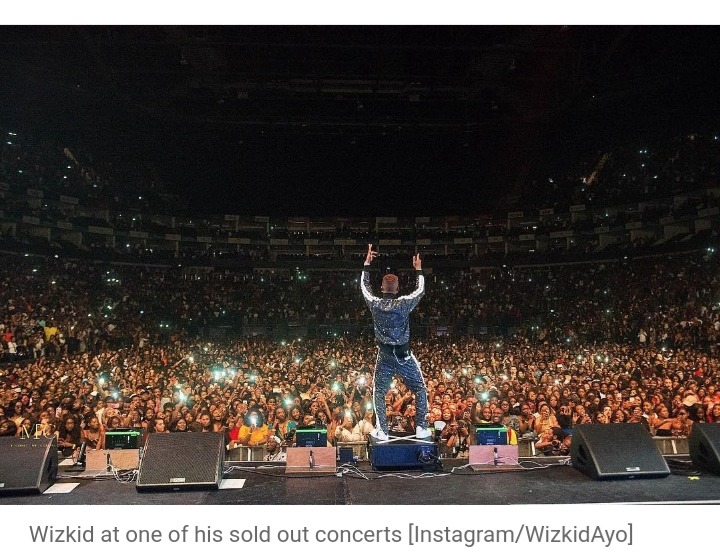 He also is the youngest Artiste to get a Grammy nomination....can you beat that?

Do you know that Wizkid has appeared in the Guinness book of world record?

Wizkid became the first Afrobeats artist to appear in the 2018 Guinness World Records for his contribution to "One Dance". 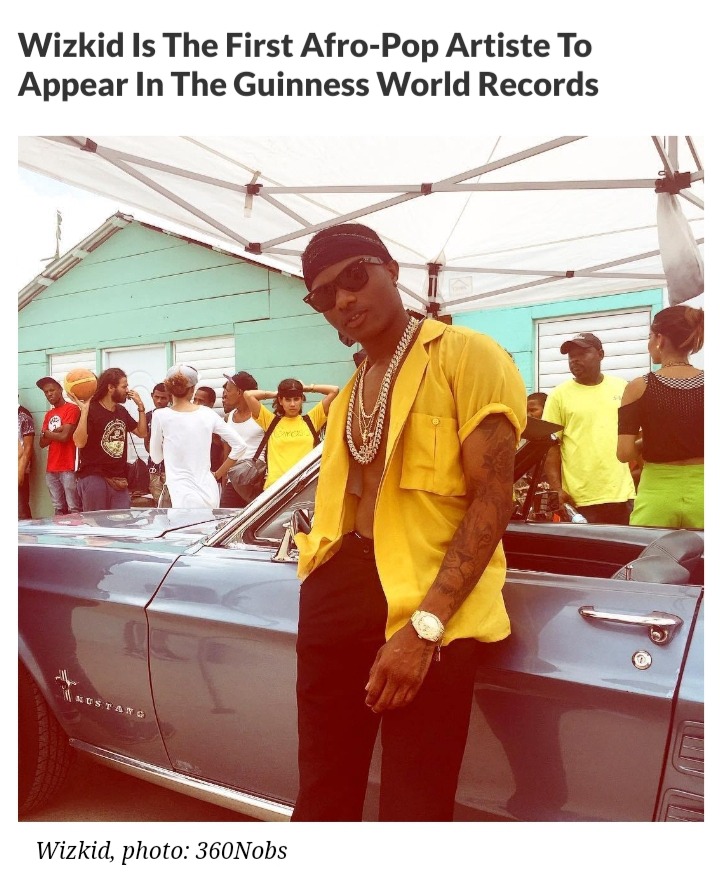 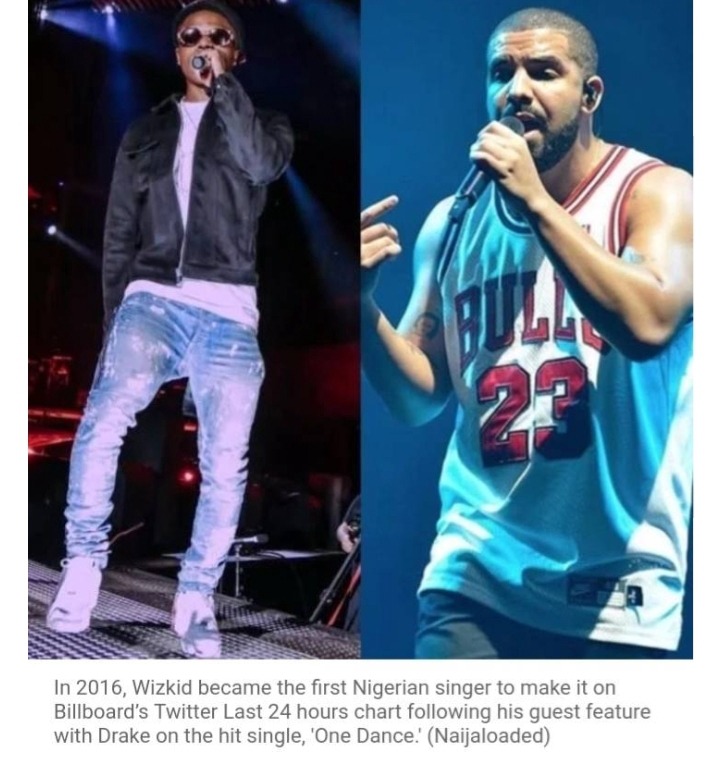 His social media fans are amazing. He is currently the fourth most followed Nigerian Celebrity on Instagram with about 10.9 million followers 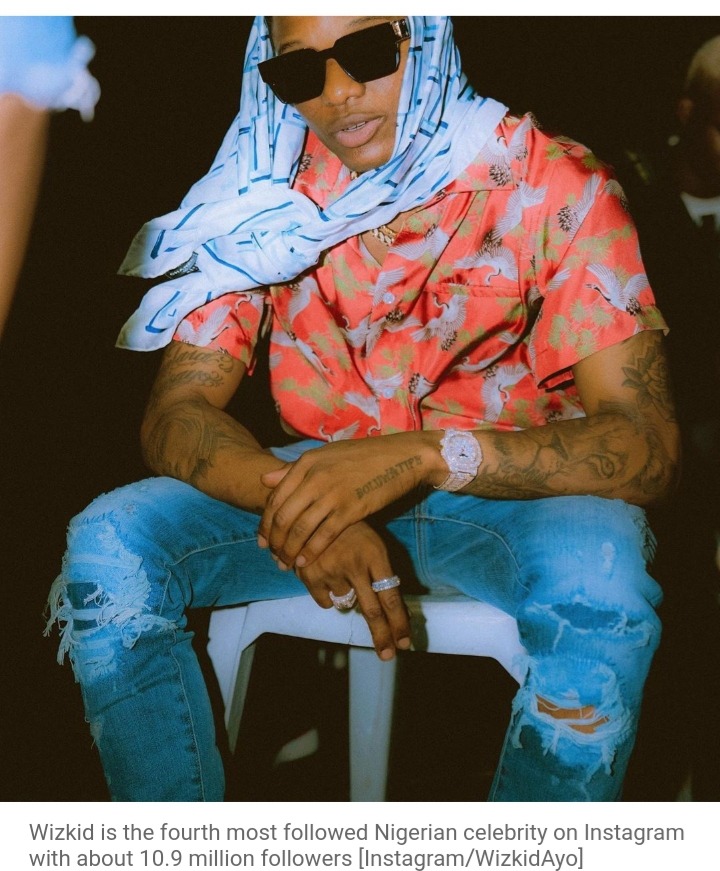 He actually had the honour of hitting the runway with fashion icon and model, Naomi Campbell for Dolce and Gabbana in 2018. 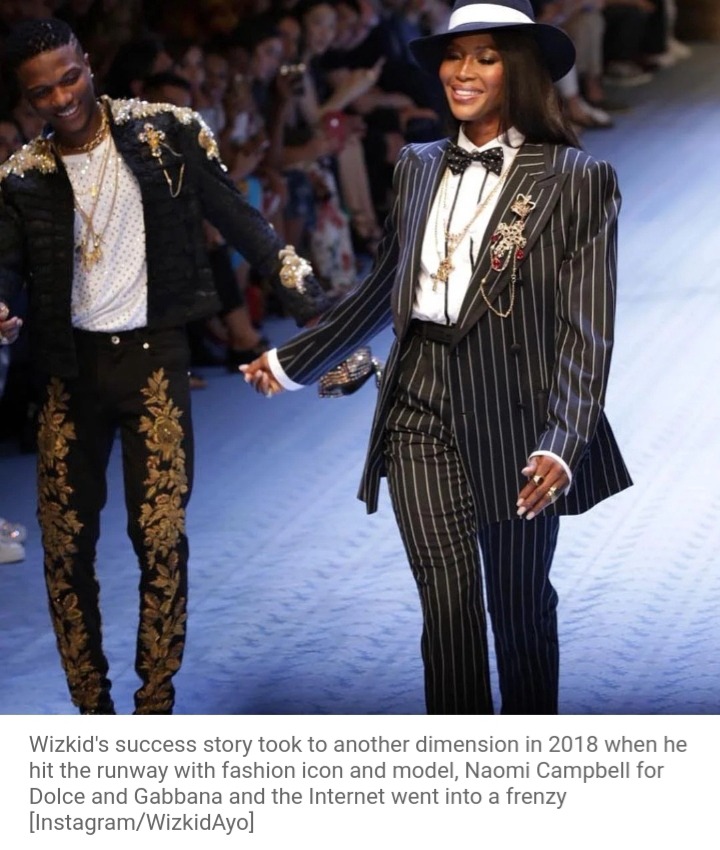 Wizkid won't stop making us proud as he is the first African artist to bag seven Billbaord Nominations. This is really a welcome development. 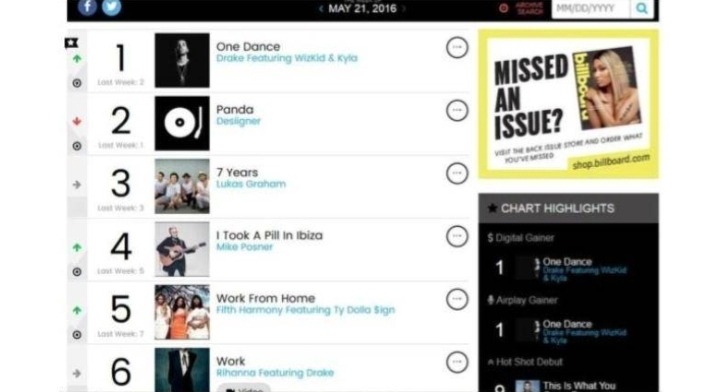 Wow! Do you know that Wizkid's single 'Soco' became the most searched word on Google Nigeria in the year, 2018. 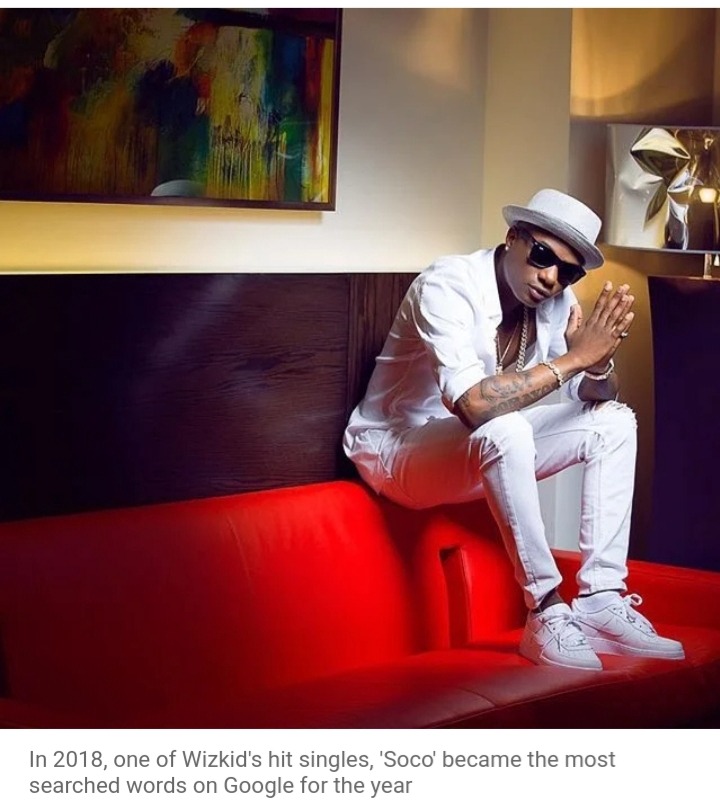 Let's check out his net worth and expensive properties

If you search Wizkid's net worth on Google the result is $4million! But I think he's worth way more than that. He shouldn't be less than $15million

Well let's check out his house... 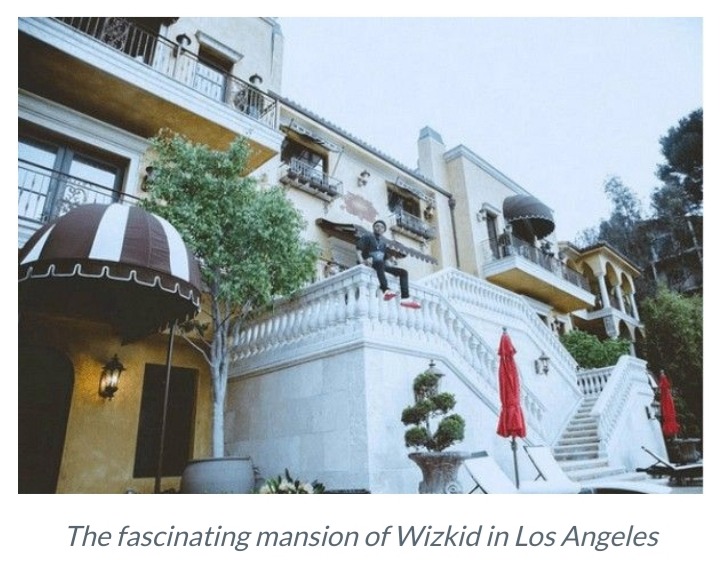 He also has a mansion in Lekki 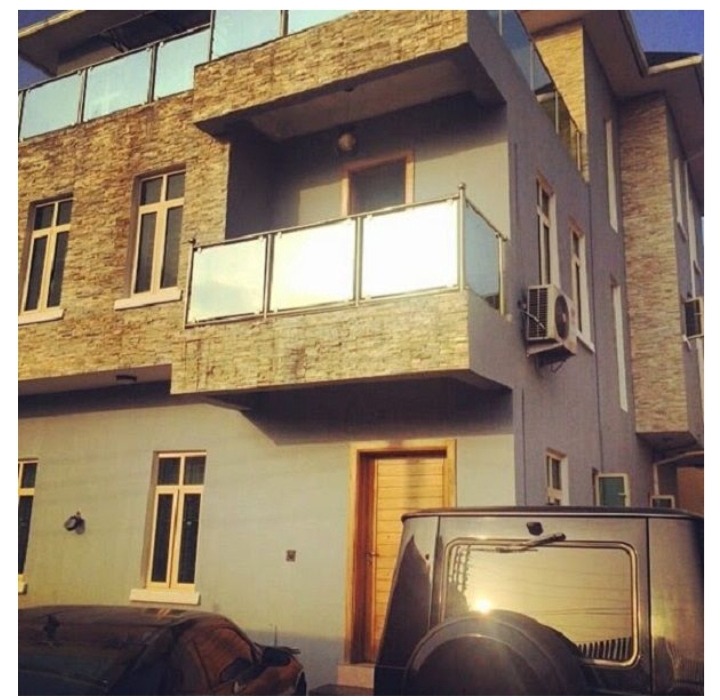 His cars which he has been spotted with are as follows 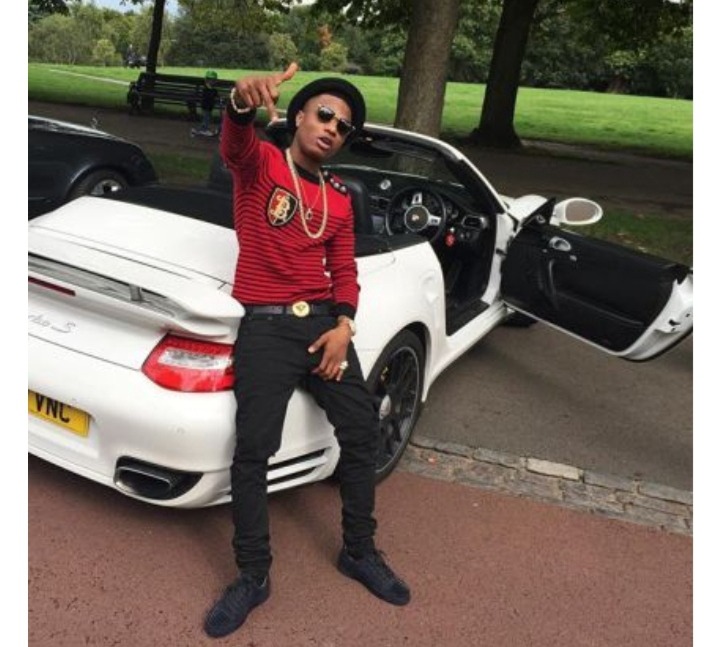 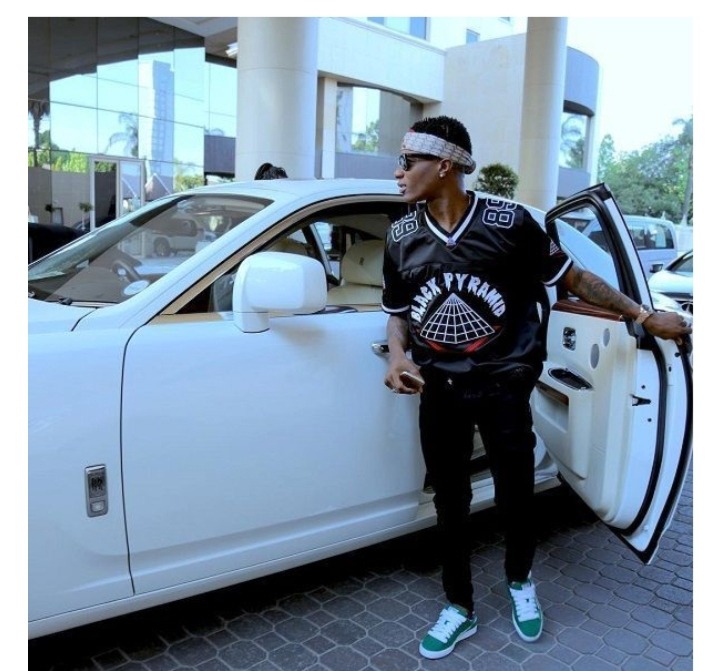 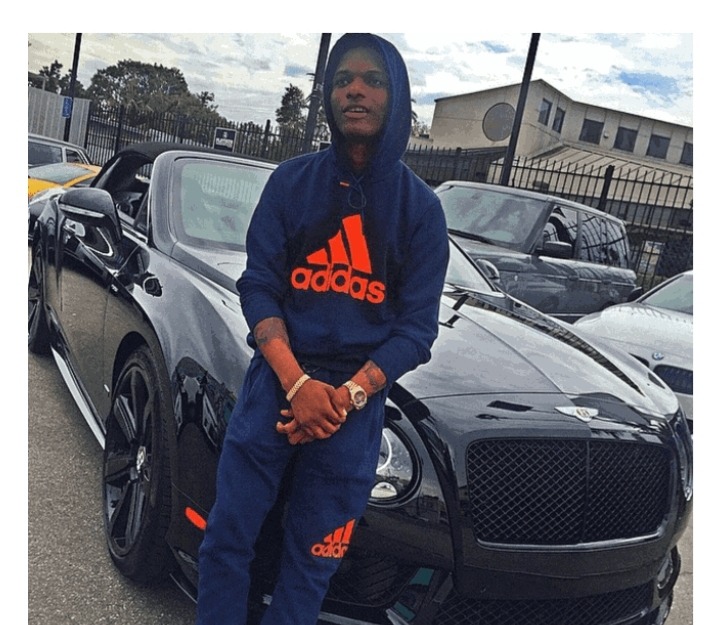 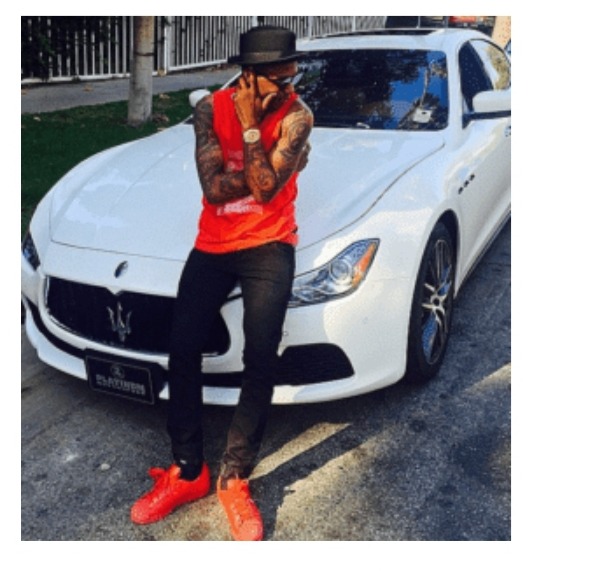 Wizkid is a great man who has achieved a lot at a very young age. Thanks to his stars.

I hope he motivates every guy and girl out there to work really hard and believe that one day, 'hustle go pay'

Check out few of his word;

"I'm thankful because all the hard work and sacrifices were worth it in the end".

"Mistake is a single page of life but relation is a complete book".

"Don't make so many promises when you can't even keep one".

We love you Wizkid!

What do you think about this? Share your thoughts below

Content created and supplied by: StephyBlog (via Opera News )

Poor Sleep Cycle: Here Are 2 Drinks That Can Help You Sleep Better