Davido made a shock move by signing an old artist - click to check who he signed. 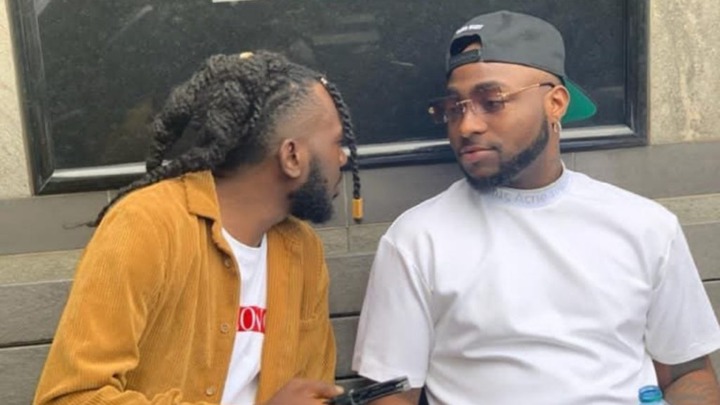 Davido, a nice musician popularly called by that name which he bears David Adeleke as his real name just signed an old artist Akinmayokun Awodumila, popularly known as "May D" to his record label DMW.

David Adedeji Adeleke (born November 21, 1992), who is better known as Davido, is an American-born Nigerian singer, songwriter and record producer. Davido was born in Atlanta, US, and raised in Lagos; he made his music debut as a member of the music group KB International. He studied business administration at Oakwood University before dropping out to make beats and record vocal references. Davido rose to fame after releasing "Dami Duro", the second single from his debut studio album Omo Baba Olowo (2012), from which six additional singles—"Back When", "Ekuro", "Overseas", "All of You", "Gbon Gbon", and "Feel Alright"—were taken. In 2012, Davido won the Next Rated award at The Headies. Between 2013 and 2015, he released the hit singles "Gobe", "One of a Kind", "Skelewu", "Aye", "Tchelete (Goodlife)", "Naughty", "Owo Ni Koko", "The Sound" and "The Money".

Akinmayokun Awodumila (born 28 December 1984), popularly known as May D, is a Nigerian singer, songwriter and dancer. He was formally signed to the R&B duo P-Square record label "Square records".

He rose to stardom in the same year he got signed to the label 2011. On the 21 August 2012 it was officially announced that the Pop singer "May D" is no longer in the label

May D announced this on his official Twitter page today Saturday July 18th, 2020 saying "my new family, I'm so excited, now a member of DMW".