Video: Comedy Skit Gone Wrong, Man Assaulted In A Local Market While Pretending To Be A Herbalist

Comedy skits have become a trend in the Nigerian social media space, it started with locals like @crazeclown and @brodashaggi. Lots of youths later discovered that being social media famous pays a lot.

In recent years, we've seen a spike in the number of online comedians in the country. This may be partly because of unemployment or some of the mindset of the youth of finding a get rich quick scheme. 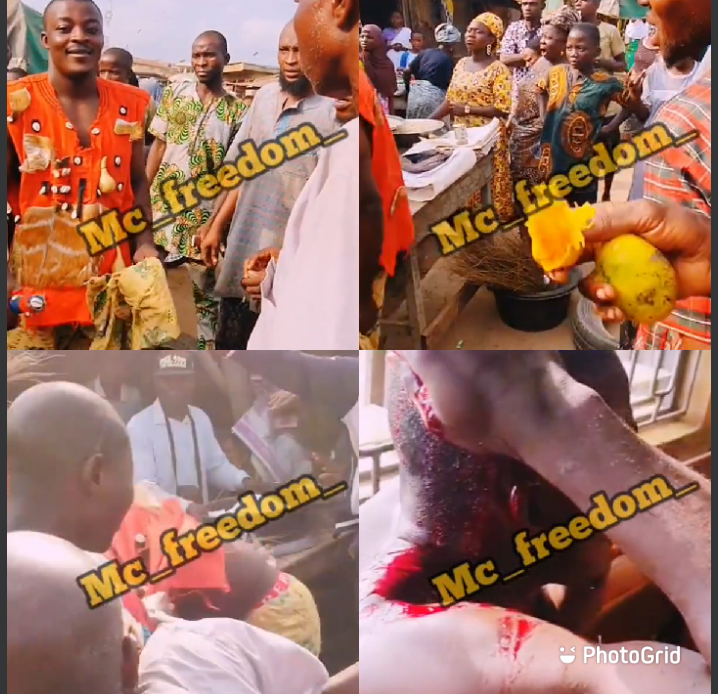 Today a video has gone viral where a young comedian attempted to disguise himself as a herbalist looking for sacrifice for a ritual.

In the video, we see the young man approaching young ladies and telling them that he needs a "virgin for sacrifice." While many laughed it off, eventually he fell into an unpleasant situation.

He approached a particular lady attempting to play the same prank on her, unfortunately for him, a market woman close by heard him and quickly escalated the situation.

The woman quickly called the attention of passerby to come and intervene. The young still relentless refused to quickly Inform the crowd that it was a joke, he continued to insist that he was indeed a herbalist and threatened anyone who dared to stop him from taking the girl.

At first, the crowd was a little scared to attack him because he was wearing complete outfits of what would seem like charms and beads.

Eventually, some brave young men descended on him and within minutes the crowd was upon him. The scene almost turned ghastly as the young man has sustained a log of injuries before his camera crew was finally able to convince the crowd that it was a prank.

Lessons to learn from this:

1. One should never take pranking too far.

3. It is a bad idea to attempt such a prank in the market, especially in Nigeria that jungle justice still exists.

The young comedian is known as mc_freedom_ titled the comedy " the skit that almost killed me." 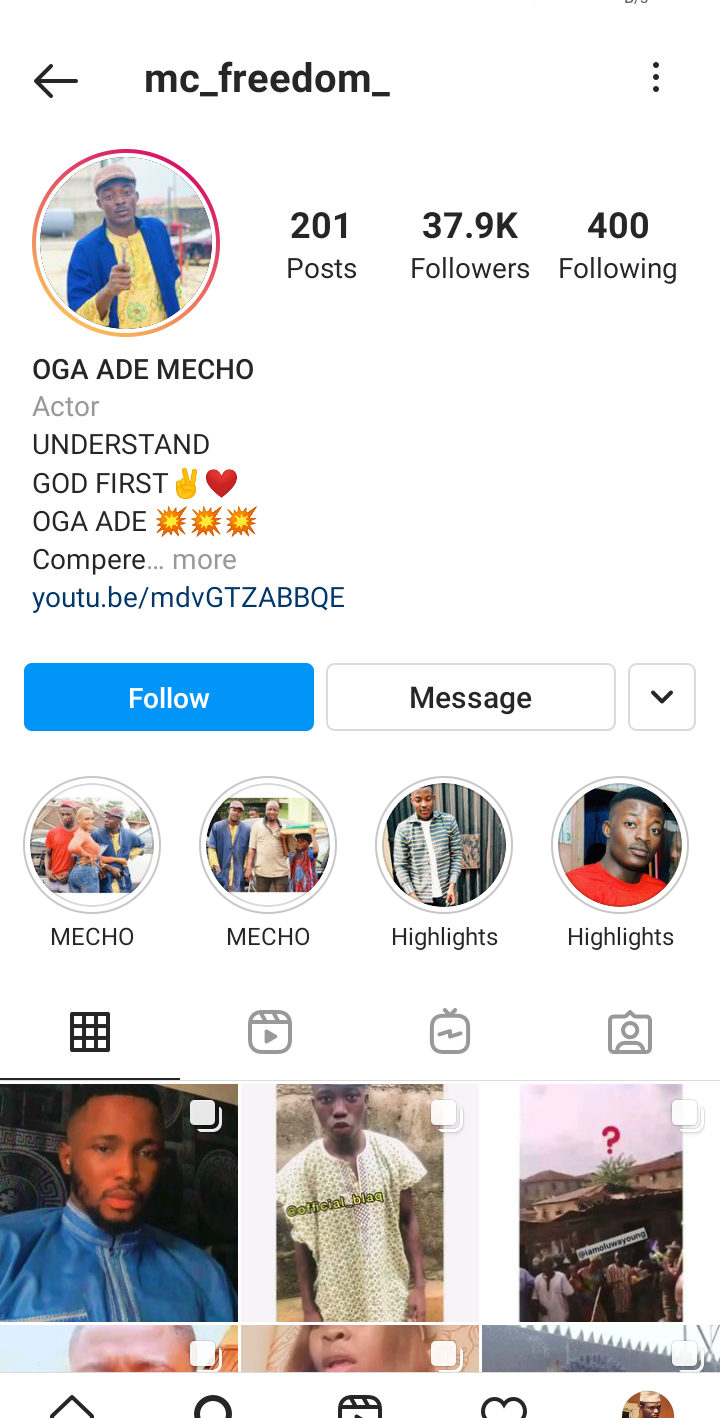 Opinion: 8 Ways to Make a Girl Addicted to You

Super Tv Ceo Michael Usifo's Murder : Things You Should Learn From The "Toxicity" Of Sidechicks.

King of Blind Beggars Demands a Better Accomodation From Oyo Govt, Says He Has 3 Wives