My opinion on the latest controversial comment, by Nigerian actor Godwin, about some BBNaija fans

By OmoNaija (self media writer) | 16 days ago

Indeed, the Big Brother Naija (BBNaija) show seems to have established itself as arguably Nigeria's most popular reality TV show. Yes, we have had some other shows in the same category of reality presentation, which are equally as interesting & entertaining. But, in terms of the show's viewership ratings & the size of the fanbase of some major participants, BBNaija is supposedly topping that chart. And, interestingly, there has always been some sort of 'special bond' between some of the show's favorite housemates & their fans. In a way, there is usually a special admiration showered on a particular favorite by his/her fanbase. And, to an intriguing extent, such fans often take it upon themselves, seemingly, to donate money to secure expensive acquisitions for their favorite ex-housemates.

However, a Nigerian actor, Godwin Nnadiekwe is not too convinced about that part of 'money donations' by fans. He shared his controversial comment on his Instagram page, as he says he doesn't believe that some fans genuinely donate money anyways. He even labeled such fans as delusional, and he also tagged such ex-housemates as experienced liars. 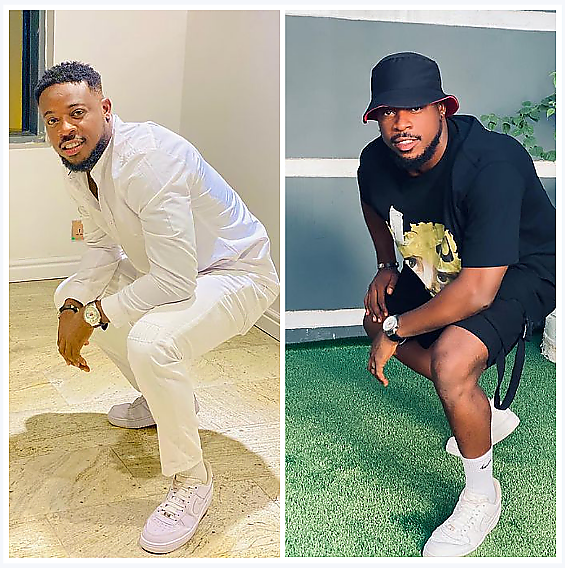 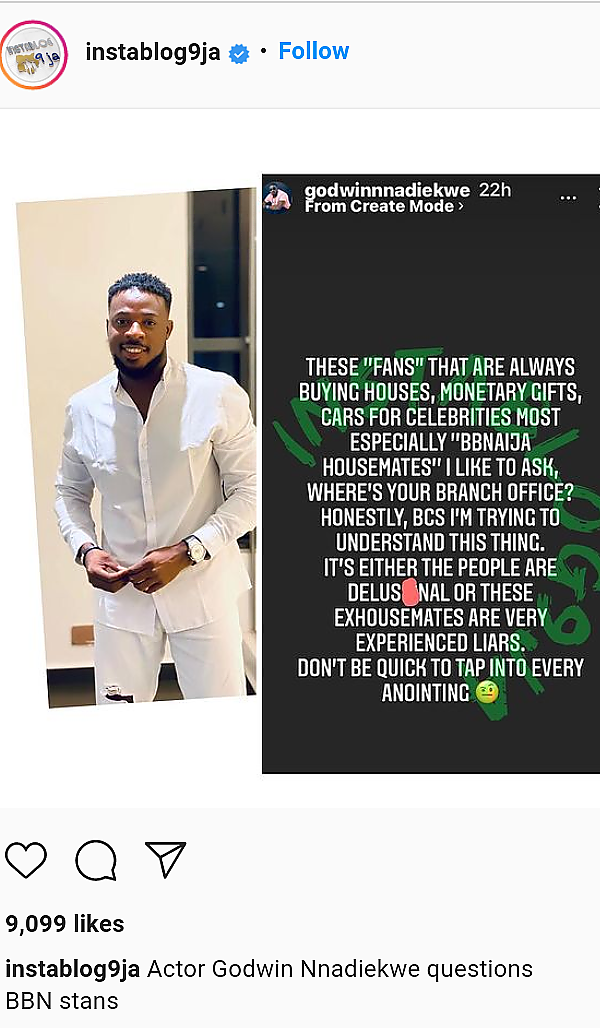 So, I've read through the Nigerian actor's comment, and I can say that I perfectly understand his opinion. I won't lie, I also used to doubt the donations of money by supposed BBNaija fans; but, at this moment, I've understood the situation a bit better.

Yes, sometimes, the situation might look somewhat like a gimmick, but I think that some fanbases simply have real adoration for their favorite ex-housemates. And, as a result of such a real bond, they are always ready to go the extra mile to impress their favorites with expensive acquisitions as gifts. So, I think the high level of fondness is real, and such fans are not delusional in any way. 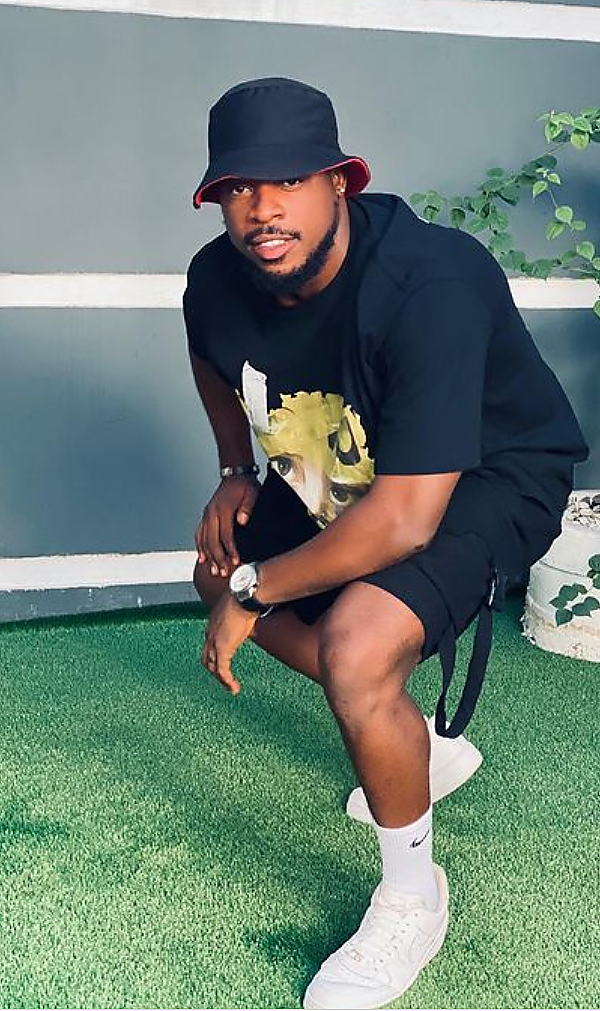 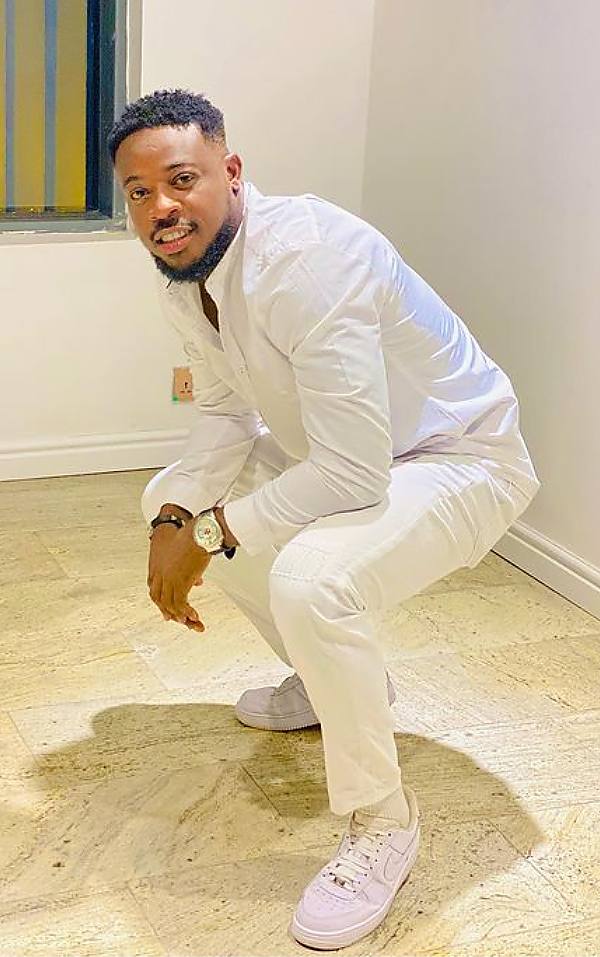 However, still, I would also say, that I'm NOT quite comfortable with the usual idea of fans securing expensive acquisitions for favorite ex-housemates as gifts. In a way, it somewhat looks a bit too predictable. Thus, I'm thinking that fans can probably have a change of format, henceforth.