Zeeworld: Was Samrat And Ishan's Death Necessary In Lies Of The Heart?

By Ladyqueen (self media writer) | 2 years ago

Lies of the heart is one Interesting series on Zeeworld that almost everyone loves. With the advent of its upcoming finale episodes of the first season, a lot of surprising twists came up that left many speechless, this is because no one expected the story to take such a narrative. 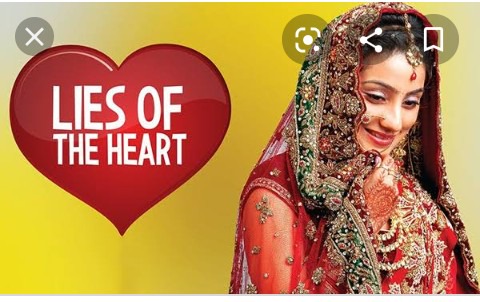 Lies of the heart is the story of a young mother named Urmi who was unfortunately married to a sadist: Samrat. Samrat's only goal in life is to live comfortably off a woman's wealth, he's a hardened crook who finds pleasure in causing others pain especially his wife. Urmi had a son named Shuria whom she adores but still trained to be upright and disciplined unlike his father. Alot of drama and intrigues occurred with mostly Samrat setting up devious plans to ruin Urmi, while she tries to always have the upper hand in each.

Their story finally reached it's climax when Urmi finally files for divorce with the help of her friend Ishan, a lawyer. After battling Samrat's conspiracies, they finally emerged victorious with Samrat sentenced to six years imprisonment. The story fast forwarded to six years later when Samrat finally gets released but has still not learned his lesson, he then unknowingly moved to the same city Urmi was living her life as a single mom. Their paths crossed again when Samrat, in his quest to find a rich lady to marry and live off, tricks Urmi's friend into marrying him. Luckily, Urmi was able to save her friend from making the ghastly mistake on the day they nearly got married in court. This ends her Samrat's wrath who promised to deal with her severely, Urmi on the other hand marries her friend Ishan who helped her win her court case against Samrat however, on the day of their wedding, they were shocked as Ishan's sister came home with Samrat as her new husband whom she already married without waiting for her family's consent.

The story continued with Samrat finding ways to attack Urmi but doing it under an innocent facade so his wife and mother inlaw do not know his true colours. Finally, he lures Urmi and Ishan to an abandoned warehouse which he sets on fire with Urmi tied up inside. While Ishan rushes to go save Urmi, Samrat tries to leave the vicinity feeling happy that he has achieved his aim. Strangely, a terrible wind soon starts which in turn made a tree fall down and it landed on Samrat's car with him still inside. Urmi and Ishan after been free from the burning building came out to meet him trapped in his car by the tree that fell on him, Ishan goes to save him but loses his life after the car caught fire before he could move away from it.

Ishan shocking death seemed to have reset Samrat moral conscience as he confesses to the family that he was the one who lured Urmi and Ishan to the warehouse to kill them. After confessing, Samrat in a state of guilt commits suicide.

Although the story will still continue with attention on Urmi's son, her child with Ishan and other members of the family, one still wonders if Samrat and Ishan's death was a good twist to the story. There are opinions that only Samrat's death would have been sufficient for continuation of the story but alas, one can't dictate for the producers how to narrate their story.

What do you think about this part of the story, was Ishan and Samrat's death really necessary in it?

Content created and supplied by: Ladyqueen (via Opera News )