4 Kisses In Movies That Weren't Originally in the Script 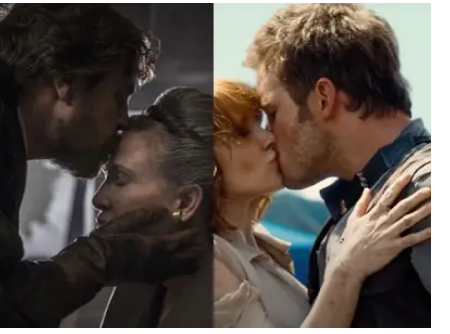 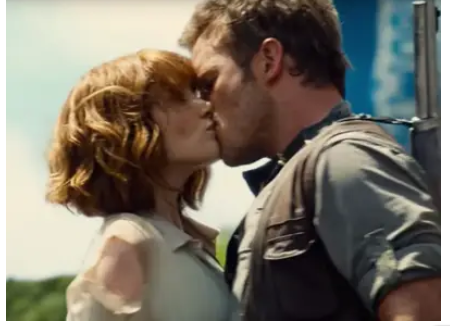 In the movie "Jurassic World" Bryce Dallas Howard and Chris Pratt were not meant to kissed. The

romantic tension that builds up between the two aforementioned actors culminates in a kiss between after Claire saves Owen from a flying dinosaur, but that moment wasn’t scripted 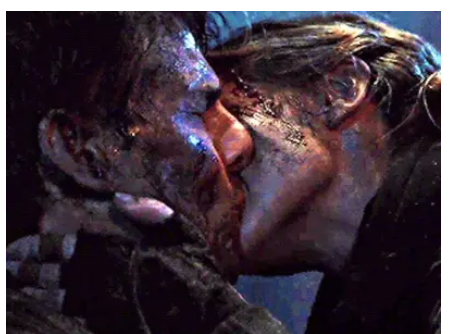 In the movie "Edge of Tomorrow" the director of the movie struggled to write a kiss between the two leads, so Emily Blunt put it in her own hands by impulsively kissing costar Tom Cruise on set which was not scripted. It was reported that the movie's screenwriters struggled to figure out where to write a romantic moment between the pair, Blunt eventually took matters into her own hands.

The above names also took decision to their hands by kissing each other in the aforementioned movie. In the movie, as the duo prepare to leave Effie and return to their home- Haymitch and Effie even share an unexpected kiss.

According to them, check out what they said

"We planned that moment. Woody [Harrelson] and I went into that moment, that wasn't written, we improved that," Banks told The Huffington Post. "We decided to do it, and the director was like, 'I love it. Let's try it again.' We also did it without a kiss, and we let him decide in the editing room, and we love that he kept it."

Harrelson then added "I personally always wanted to kiss her," Harrelson added in an interview with Associated Press. "I don't know if it was the right thing to do."

An improvised forehead kiss in the 2017 film "Star Wars: The Last Jedi." Was totally unscripted. This moment occurs when Luke (Hamill) reunites with his sister, Leia (Fisher). At the end of the scene, it was seen that Luke gives Leia a kiss on the forehead, a moment that Hamill improvised during filming.