By Ayoblog (self meida writer) | 1 months

Uriel has warned those mocking Davido’s fiancee and baby mama, Chioma to have a second thought as their lives are not better than that of the latter. 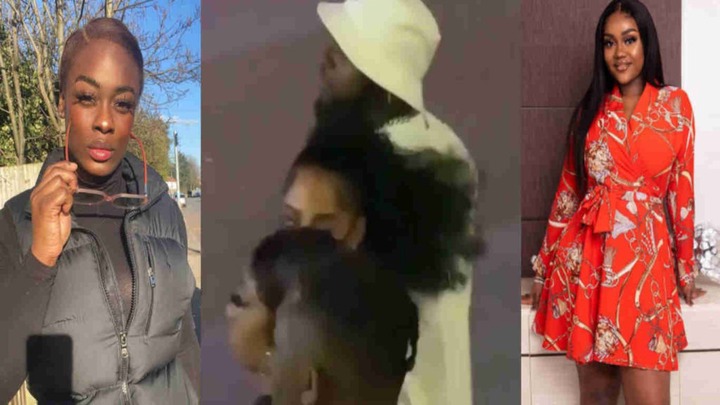 It was reported earlier, about how Nigerians took to social media to console Chioma because of the Davido/Mya video in which many described as ‘heartbreaking.’

She described them as hypocrites, adding that they are the same people secretly consoling Chioma but would go to blogs to mock and laugh at her.

Uriel said, “Those of you laughing at Chioma on different blogs, you are still the same ones on her page saying I love you, the best Chef, our Wife.”

In another post, Uriel said she won’t disclose those hypocrite friends. However, she reassured fans that Chioma will be fine in due course.

Uriel Ngozi Oputa (C) Instagram/urielmusicstar, has been a close ally of Chioma

She added, “I won’t mention any name, but just know that she will be fine. Those that secretly wish her downfall, God will disgrace your pant on top of Okada.”

Content created and supplied by: Ayoblog (via Opera News )

After Twitter Picked Ghana As Its Headquarters, See Where Amazon Is Setting Its Own Headquarters

5 Ways You Can Pamper Your Woman

Ada Jesus: Here Are The Causes, Symptoms And Prevention Of The Illness That Killed The Comedienne

Throwback: Photos Of Ada Jesus With Some Nigerian Celebrities Before She Died

Chelsea Could Announce The Signing Of Former Manchester City Striker